Hulu’s Jacinta is a Movie About Hopeless and Inevitable Addiction

The film has empathy, but not much to say about justice. 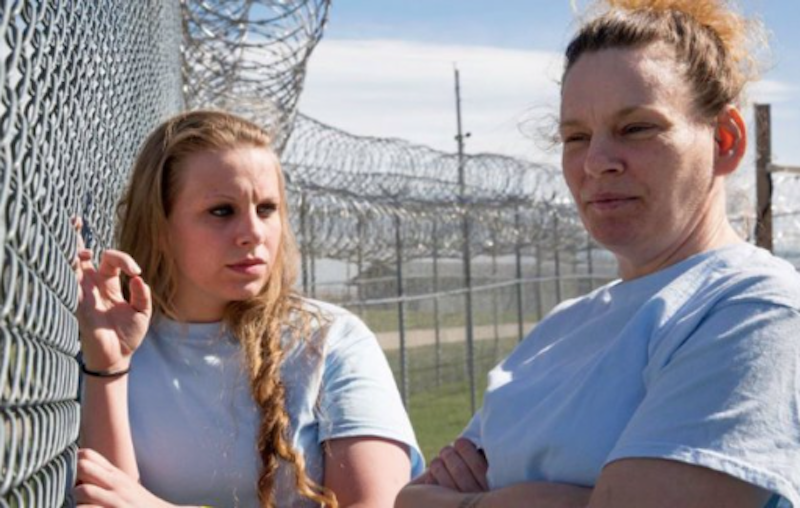 Jessica Earnshaw’s documentary Jacinta on Hulu is a painful portrait of addiction. The film presents the title character with love and shows how her mother’s addiction and pain became hers. By doing so, it insists that viewers identify and sympathize with drug users and prisoners who are stigmatized and despised. Jacinta’s close focus on one individual, though, also makes it difficult to see or criticize the broader structures that immiserate Jacinta and her family.

The film starts with Jacinta, 26, and her mother Rosemary, 46, incarcerated in the same facility in Maine. In cinema verité style, it follows Jacinta as she’s released, tries to quit using, fails, and ends up incarcerated again for four years.

Along the way we learn how few options Jacinta has had in her life. Her mother was repeatedly molested by Jacinta’s grandfather. Rosemary had her first child at 15. She smoked crack with her daughter and other children and taught them to shoplift. Jacinta herself was sexually assaulted multiple times as a child. She was raped once by a babysitter, and then when she was 15 her mother encouraged her to become a child prostitute.

Given that background, it’s no surprise that Jacinta has a serious mental health problem like addiction. She desperately wants to stop using so she can be in her 10-year-old daughter Caylynn’s life. But a few weeks after getting out of prison, Jacinta’s using again. Earnshaw follows her downward spiral in excruciating detail, from the moment where Jacinta cheerily calls a friend to say she wants to get high to a bleak scene where she shoots up on camera while her imprisoned mother begs her over the phone from the penitentiary to stop using.

Jacinta’s paternal grandparents, who are raising Caylynn, are clear that Jacinta’s ill. Most of the other interviewees also frame addiction as a sickness. Jacinta says that she gave up her daughter because she was unable to raise her; she kept Caylynn safe from her illness, as her own mother didn’t.

At the same time, Jacinta and others often talk about drug use as a choice; Jacinta says at one point that she has chosen to get high instead of raising her daughter. When Jacinta uses and is kicked out of a sober house, it’s framed as a failure of will and character. But if a cardiac patient had a heart attack in the hospital, and the staff chastised them and threw them in the street for relapsing, would we consider that acceptable? If addicts are sick we shouldn’t withdraw help when they demonstrate that they’re still sick.

Similarly, the criminal justice system is rarely questioned. Law enforcement isn’t portrayed as a positive good necessarily, but it’s presented as the only alternative to worse. Jacinta says towards the end of the film that she’d rather spend 10 years in prison than 10 years as an addict. No one suggests that there might be other options, or that there should be.

Methadone treatments, for example, are mentioned in connection with detox, but not as a possible long-term treatment. The prison system keeps Jacinta from seeing her incarcerated mom and the facility she’s in is far enough away from home that her daughter can’t visit. Caylynn is understandably angry at her mother for not being there. But the film doesn’t think to blame the prison system for separating a sick mom from her child.

Jacinta shows how cycles of violence repeat within families. It’s less certain how to represent or discuss state violence.The movie has empathy for its title character. But it struggles to turn that empathy into a vision of justice. Jacinta’s unable to change herself, and the movie doesn’t imagine institutions or approaches which might be better at offering her support. The best Jacinta can do is throw her daughter to safety, while medical professionals and society as a whole stand around and watch her illness consume her.