How Not to Fail a TV Show 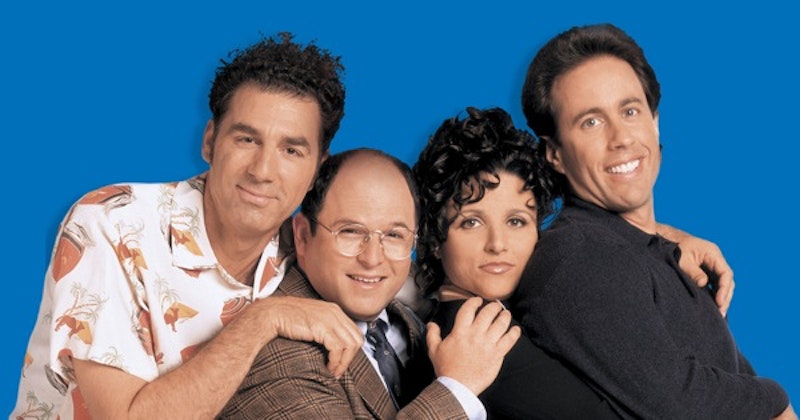 You may not know we lost an important show this past week: The L Word. The series was among the most inconsistent on television. Each season would have a new focus and tone; characters would completely change personalities; wardrobes would magically improve. Still, it was a landmark, well-acted show that served us well.

But now its fan base is all shook up over the series finale. The final season was a "whodunit" mystery that in the end did not answer its original query, "Who killed Jenny?" Me: I say it's pretty clear the lesbian movie star did it, but whatever. People want closure.

But do we really? Sometimes, closure is boring; sometimes we desperately need it. Who cares who killed Jenny? We all wanted her dead.

Here’s my five-step guide to ending a successful series. With popular shows ER and Scrubs ending this year, and several others either on the chopping block (Ugly Betty) or abruptly cut off and expected to air final episodes (Pushing Daisies, maybe Lipstick Jungle), the networks need my advice. Desperately.

1. Stay away from non-narrative montages: The L Word did this and it was lame. They showed all the characters walking across the Los Angeles skyline like divas on a catwalk, set to show's rock-and-roll theme song. What? Mortal enemies were smiling at each other. People who'd just broken up were holding hands. It made no sense. Lipstick Jungle's abrupt, alleged series finale tacked on a two-minute "best of" montage. How patronizing. Just end the damn thing.

2. Bring back old characters: Everyone says this is cheesy, but admit it, you love it. The much-derided Seinfeld finale did this well. I know, don't hang me; I actually liked the Seinfeld finale. For shows with lots of small, recurring characters, it allows us to reminisce, if done smartly and with finesse.

3. Don't get Ross and Rachel back together: Try not to pair two star-crossed lovers in the end if it's what viewers are expecting. The Friends finale was boring as hell. Ross and Rachel get together? Get out! Sex and the City's finale did this, but did it well: there was no guarantee Carrie would end up with Big—HBO had shot two other endings, presumably one in which she's single. Plus, they shot it well: Carrie walked alone in the final shot, the implication being that she's still an independent woman. Closure, in this case, was skillfully accomplished. Ross and Rachel: closure to please the crowd.

4. Be boring, if you must: I'm not a Sopranos fan (I never caught up), but it seemed to me that, for such a dramatic show, a dull ending was thoroughly appropriate. Complicated shows sometimes need ambivalent endings. Often doing the right thing means giving fans what they don't want. This only works for high-concept or artful TV shows. ER, this is not for you.

5. Go out for coffee: The best endings are often the most intimate and simple. Here again, Seinfeld got it right: the last shot of the four friends talking about nonsense in a jail cell was fitting and charming. Ditto for Will & Grace, in which Will and Grace reconcile after years of estrangement by going out for coffee. Heaven.

Perhaps there are no rules for a series finale. Maybe the best rule is for the fans: expect nothing. If it's good, you won't expect it. If it's bad, you were prepared.