Watching Adam Sandler Is the Underside of the Modern Soul

How media can help us feel bad. 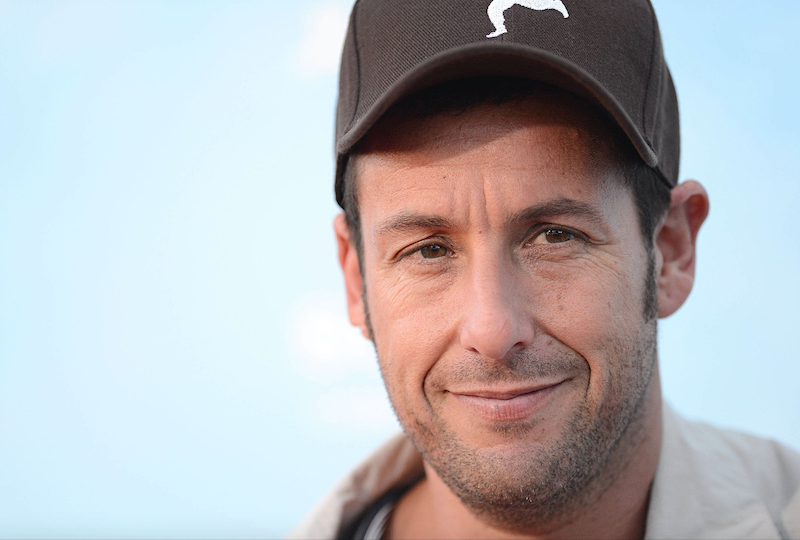 Netflix has Adam Sandler under contract to make more films because the company found that users streamed his stuff like crazy. The figures convinced Netflix the public felt a secret love for Sandler, one hidden by the lousy box office returns for his movies. People watched Sandler but they didn’t want anyone to know about it—that was the idea. I say maybe. I happen to like the way Sandler looks and talks. But he does seem a bit much to ask of viewers. He makes you suffer. To look at him or hear him is like chugging down some foreign malt-based popular beverage flavored like turnips. Or, if you’re a cat, having your fur rubbed backwards. The effect works for me, but I’m surprised that it works for anybody else, especially now that he’s become paunchy-faced and old.

Sandler seems to have had the same director of photography for the past 10 years. All those depressing garbage films with the same dark lighting shot through with patches of brightness. I’m not being metaphorical here about Sandler’s comedy, which has been bad throughout, no bright patches anywhere. I mean that his films’ style of lighting is close to chiaroscuro, emphasis on scuro. An odd thing for Hollywood comedies. But it suits me because late Sandler is depressing.

Depressing, intrusive and clumsy. The experience is like dealing with the customer line of a rotten company. You’re going to be held hostage and buffeted with moronic attempts at pleasing you: hold music, “How can I provide excellent customer service for you today?,” poop jokes. Nothing will be done right, and if it is, the results will still be shit. You can fume that the people in charge are idiots. You can wonder about your life ticking away and the loss of your choices.

My guess is that the people who watch Sandler’s crap aren’t ashamed of what they like. It’s just that they use his movies to feed a particular mood. The mood hits them often, and the films serve it well, but it isn’t the sort of feeling that drives one to a movie theater. It’s the sort that drives one to a couch. People watch Sandler when they’re feeling defeated and aggrieved. Watch Just Go With It or I Now Pronounce You Chuck & Larry or the Longest Yard remake or Jack and Jill. They are good embodiments of what the world feels like during a murky, blood-shot, noisy, despairing bad mood. The screen acts it out for you; you can sit back and steep.

Also unpleasant. At first I liked Donald Trump’s act on TV. This was an epoch ago, when GOP candidates for president milled about and awaited the primaries. But Trump wore me out soon enough. His act is high octane, and in short bursts it’s fine. But pretty soon... the high voice, the crevice eyes, the heaped-up body, the spoon-banging rhetoric (“stupid,” “dumb,” “ripped off”). It grates. But not enough, apparently. We’re stuck with it. Netflix gave Sandler a deal, and we gave Trump a deal. The American public is worse than Netflix and our mood isn’t going to improve.