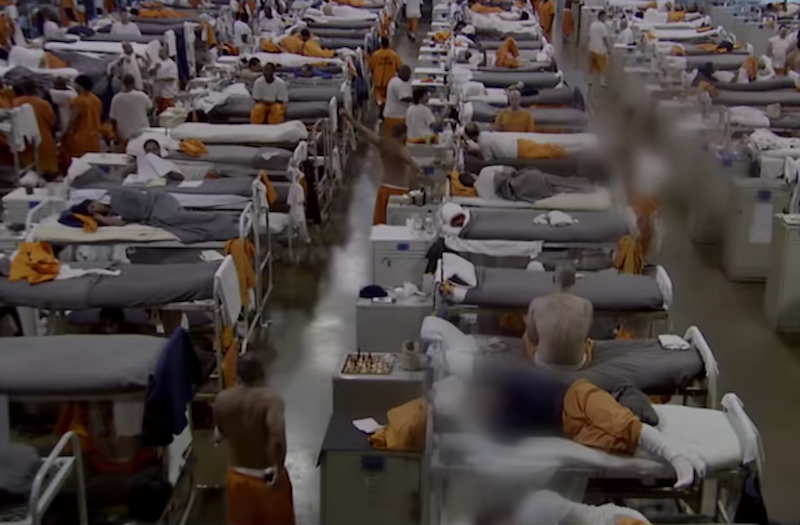 This is the first in a series of post on films directed by women.

Money is the root of all evil. That's a cliché, but one which retains its appeal, not least in American movies about government. From Mr. Smith Goes to Washington to Bulworth, the cause of political injustice always comes back to corruption—people pass bad laws because they are paid to do so. Ava DuVernay's documentary, 13th, follows a bit too glibly in this tradition—though it also, and admirably, transcends it.

The 13th of the title refers to the Constitution’s 13th Amendment, which emancipated black people from slavery following the Civil War. The text of the amendment reads, "Neither slavery nor servitude, except as punishment for crime whereof the party has been duly convicted, shall exist within the United States, any place subject to their jurisdiction. [italics mine]" DuVernay argues that the italicized portion functioned as a loophole. Black people couldn’t be forced into free labor unless they were duly convicted of crimes. According to the documentary, black people were criminalized and convicted of crimes en masse. Slave labor did not disappear; it simply transformed into convict labor, and eventually into mass incarceration.

The implication is that criminalization of black people is driven by economic interests. DuVernay shores up this thesis by discussing the work of ALEC, an organization in which corporate groups write test laws for Republican state legislators. For instance, when CCA (Corrections Corporation of America) was a member of ALEC in the 1990s, the organization pushed truth in sentencing laws that filled up both private and public prisons. Wal-Mart, a large seller of guns, was a member of ALEC when the organization designed stand your ground laws, which protected gun owners from legal repercussions after shootings, and, not coincidentally, helped fuel gun sales in states like Florida. Stand Your Ground laws ensured that George Zimmerman was not convicted when he shot and killed 17-year-old Trayvon Martin in 2012.

Corporations certainly do look for ways to profit from the mass incarceration boom. But is corporate interest really what drives the criminal justice system? Private prisons make up only a small percentage of total prisons in the United States.  It's true that many corporations profit from prison labor—but it's also true that prisons are hardly optimized for the purposes of production. 13th mentions the brutal overuse of solitary confinement, a punishment that by its nature prevents prisoners from working. And, of course, prisons are extremely expensive to build, run, and maintain—which is why many pro-business, anti-government Republicans, like Rick Perry and Newt Gingrich, have started to talk about reducing prison populations as a conservative goal.

So, if not money, then what? 13th does suggest some alternatives. In one of the documentary's most disturbing sequences, DuVernay shows footage from Donald Trump rallies interspersed with newsreels of attacks on black people during the Civil Rights struggle. "In the good old days, this didn't happen, because they used to treat them very rough," Trump says about black protestors, as the film cuts back and forth between Trump fans ejecting a black woman from a rally and a white mob striking a black man in the 1950s. "They'd carry them out on a stretcher," Trump enthuses, as DuVernay uses archival footage to show that white people used to literally beat black people so badly that they were carried away on stretchers. When Trump evokes a time when America used to be "great," he's specifically nostalgic for a moment when white people could brutalize black people with impunity—a time which, as DuVernay's film shows, isn't over yet.

Many pundits have argued that Trump voters are motivated by economic anxiety or anger. But in the clips DuVernay shows, Trump isn't promising better economic times. He's promising a world in which black people stay in their place, or face deadly consequences. Trump's message here isn't, Poor people, I will ensure you will have good jobs. It's White people; I will let you indulge your sadism.

Laws and legal language matter. But do we know that mass incarceration would’ve been stymied if the 13th Amendment had been worded differently? In the Middle Ages, Jews were stereotyped as violent baby killers. This wasn't done as an excuse to economically subjugate them, but because people generally view as a threat those individuals whom they've decided to hurt.

Anti-Semites in the Middle Ages certainly plundered Jewish wealth, just as America has always stolen black people's money and turned their suffering into profit. This was the case during slavery, and it's been the case in Ferguson, where the police department funded itself by heaping petty tickets on the people it was supposed to be serving. But is the hatred ginned up as a way to justify the plunder? Or is the plunder an opportunistic attack on people denied rights because of prejudice and hatred? Do you rob the person you hate, or do you hate the person because you've robbed them? DuVernay's film, to its credit, doesn't answer those questions as neatly as its title suggests it wants to.