On Jack Reacher: Never Go Back. 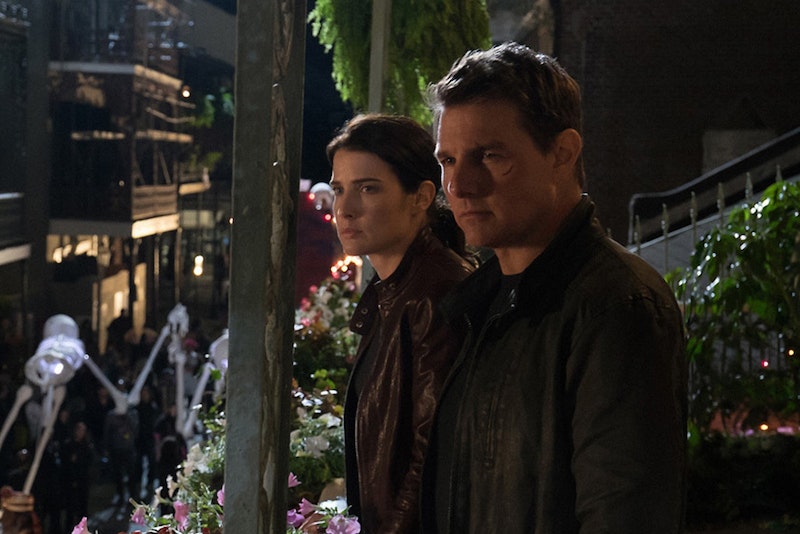 Jack Reacher, Lee Child’s popular action novel series, got a movie adaptation four years ago that was much more successful than it had any right to be. Tom Cruise, though a foot shorter than the fictional character, was highly believable as the military veteran-turned-drifter who was so good at hand-to-hand combat that it was actually sort of comical.

The 2012 film, directed by The Usual Suspects screenwriter-turned-action director Christopher McQuarrie, was not only an old-fashioned actioner, but it made the masterstroke decision to cast Werner Herzog as the villain, a gulag survivor who was so tough he had chewed off his own fingers. It was also helped by a relatively straightforward plot and clear, well-directed action sequences.

Now there’s the sequel, based on a new Child novel called Never Go Back. McQuarrie is gone (replaced by Ed Zwick), as is the entire supporting cast (no more Herzog, Robert Duvall, or Rosamund Pike). The new film isn’t bad—it’s just that every major element is about 15 percent worse than that of the first movie.

Like the first movie, Never Go Back concerns a false accusation that needs rectifying, and the best way to do it is for Jack Reacher to beat up a whole bunch of people. There’s an evil military contracting firm, one with no qualms about killing people in broad delight on U.S. soil. Cruise soon ends up on the run with a falsely accused Army major (How I Met Your Mother’s Cobie Smulders), along with a 15-year-old girl (Danika Yarosh) who may or may not be his daughter. It's one of those movies in which characters/fugitives/prison escapees spend way more time outdoors and in broad daylight than they perhaps should.

The plot takes them from Washington to New Orleans, with the latter featuring a climactic fight during a Halloween parade that’s considerably less impressive than the similar scene in last year’s Spectre. Ed Zwick has made some fairly good films but action has never been his strong suit, and that’s the case here, as the fighting sequences are choppy, incoherent, and over-reliant on shaky cam. The plot is contrived and convoluted, and most of the antagonist roles—rather than the likes of Herzog or Duvall—are played by nondescript actors, many of whom take turns killing each other.

But perhaps because Zwick co-wrote with his old thirtysomething partner Marshall Hershkovitz, there’s also a lot of “family” stuff involving Reacher and his “daughter,” with whom he forms a makeshift family along with not-quite-a-love-interest Smulders. It’s the sort of growth for a character that you’d expect in the third or fourth movie of the franchise rather than the second. And when we see the daughter character practicing a fighting move halfway through, there might as well be a subtitle that says, “this exact move will figure in the climax.”

Cruise is fine in terms of acting. But as an action hero? Through the last two Mission: Impossible sequels, as well as the first Jack Reacher, I never had the sense that the 50-ish Cruise was in any way too old to still be taking action roles. In Jack Reacher: Never Go Back, I started to think otherwise.