So You’re About to Be Publicly Shamed

A look at “Shut Up and Dance,” from the third season of Black Mirror. 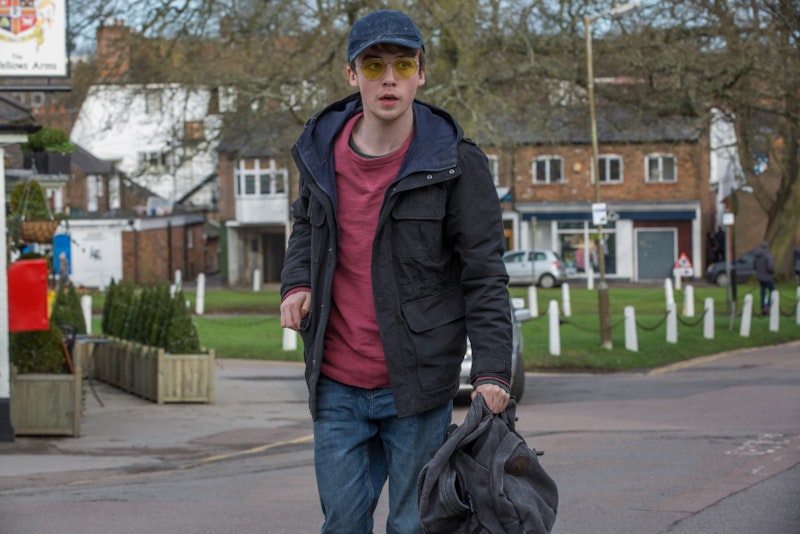 A young man sits down before his laptop and unzips for a wank. A man arranges a date with a prostitute. A powerful businesswoman fires off some racist emails. These three, among others, are perfect strangers using the Internet to scratch particular itches, blissfully unaware that this bliss is fleeting. All of a sudden, one fateful day, they’re puppets—jerked around mercilessly, sent scurrying around, under, and through some anonymous British metropolis by unseen extortionists threatening to leak their fatally embarrassing secrets to the public. The clock is forever ticking; the overall design remains elusive.

Clammy and panicked, “Shut Up and Dance” refuses to let up, leaving the viewer as tense and edgy as the cast; none of us know where this modified scavenger hunt is headed. Why does one marionette abandon a Volvo in a parking garage? Why does one marionette deliver a cake to another, and what’s inside that cake? Why is one marionette directed to a remote clearing in the countryside to rendezvous with another marionette who hoists a drone from a box, and activates it upon command?

The answers don’t matter nearly as much as the fact of the spiraling horrors such losses of personal agency engender. At some point in all this, the data-based ransoms these cyber terrorists hold over their victims’ heads—and that’s what this is, cyber terrorism—become less relevant than what the desperate could potentially be manipulated to do in the name of perceived freedom. (A late-in-the-game twist, involving the young wanker portrayed with a doomed commitment by Alex Lawther, complicates the narrative but shouldn’t be used to excuse or handwave away how fucked up this premise is.)

Like the notorious series opener “The National Anthem,” “Shut Up and Dance” occurs in a very recognizable present; we may not harbor secrets quite as dark as some of these people, but it’s not impossible to imagine traps like this ensnaring us or people we know yesterday or the day after tomorrow. What havoc could ensue? What agendas could be pursued, under the cover of fear? All I know for sure is that the most spine-tingling text I could receive from an unfamiliar phone number is “YOU HAVE BEEN ACTIVATED.” Keep your powder dry, and your antivirus software up to date.