Green Book: Too Dumb Even for the Oscars

Peter Farrelly’s new film is a broad comedy, not a prestige picture. 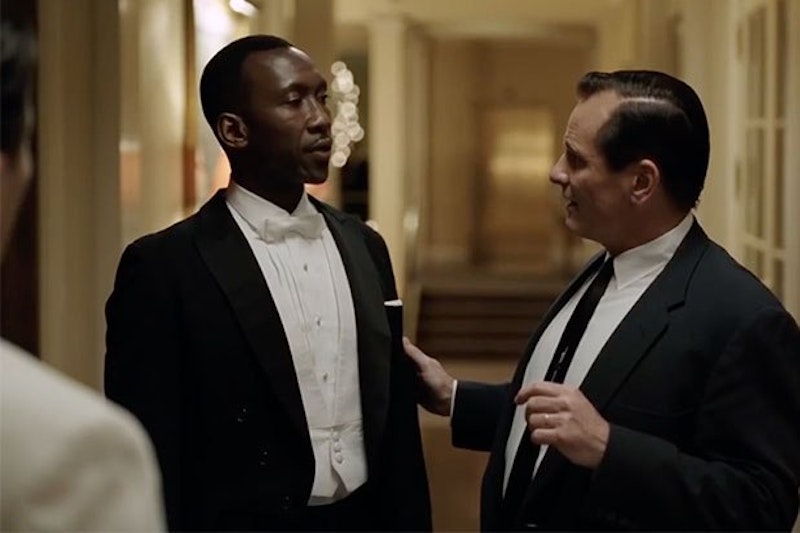 It’s hilarious that Green Book’s awards chances evaporated after Viggo Mortensen said the n-word at a Q&A. Not Michael Richards style, just a benign comment about social progress in America: “For instance, no one says n— anymore.” Variety asks: “Will Viggo Mortensen’s Racial Slur Doom His Oscar Chances?” Well, when everyone asked the same questions about Nate Parker and James Franco, they were quickly past consideration.

It’s stunning that this movie was ever seriously considered an awards season contender: Mortensen plays @nycguidovoice personified: Tony “Lip” Vallelonga is a fat, dumb Italian man from the Bronx who loves to eat, can barely read or write, and doesn’t like black people. It’s 1962, so he’s racist, too: early on, Tony sees his wife serve two black plumbers working in their house lemonade. As soon as they leave, Tony throws the glasses in the garbage. Then comes virtuoso concert pianist Don Shirley (Mahershala Ali) to save the day, offering Tony a job as his driver through a treacherous tour of the Deep South. So of course this eccentric black eccentric is the one to teach the idiot Italian that racism is bad.

Yes, this is all a true story, Shirley and Vallelonga’s lifelong friendship is touching (they remained close until they died within months of each other in 2013). But Farrelly has either wildly underestimated the intelligence of his audience or is too dumb himself to do anything but paint in primary colors. As Tony and Shirley make their way through the South, there’s some kind of racist incident in nearly every town, from bar fights, to refusal of service, and a humiliating arrest at a bathhouse, where the cops catch Shirley with another man. Tony pays them off, much to Shirley’s chagrin, upset he “rewarded” them for what they did. Shortly thereafter, Tony punches a police officer in another state for calling him the n-word and they both end up in jail. Shirley uses his one phone call to get in touch with RFK, who gets on the horn immediately with the state’s governor, and they’re quickly released. Rinse, repeat.

Keep in mind this is a step in the right direction for Peter Farrelly, who’s made a career out of cruel comedies distinct from the similarly vulgar and explicit works of Adam Sandler, Tom Green, and the late Danny Leiner. There was always a right-wing streak in their movies: one got the sense these were grown up Cartmans in the way they depicted and regarded women, elided minorities, and reveled in white male stupidity. This is not an indictment: Dumb and Dumber; There’s Something About Mary; Me, Myself, & Irene; and Shallow Hal all have their moments. But they’re not Freddy Got Fingered, or Little Nicky, or Dude, Where’s My Car? They are meaner and more immature in a way that’s sad rather than liberating. Here, he betrays a stunted emotional intelligence and immaturity in his depiction of racism: Farrelly thinks all he has to do is show black people picking cotton on the side of the road after Tony and Shirley’s car breaks down. Then again, maybe these audiences deserve this movie: I heard an older woman near me whisper during the cotton-picking scene: “I find that a little hard to believe for 1962."

But the people who made Green Book should be happy: they have a nice-looking comedy doing good business in art houses. It’ll play for months to packed houses where the median age is 55, where it might’ve came and went in cineplexes. Now it can expand gradually. It’s a real crowd pleaser, the most laughter I’ve heard from a Charles Theater matinee in as long as I can remember. That’s because it’s a broad comedy like one would expect from one of the Farrelly Brothers, but with better lighting and cinematography. This allows an otherwise farce-averse crowd to indulge in ignorance for a little over two hours without feeling too bad about themselves. Hey, you know this movie has a message right? Racism is bad. It tells us this, over and over again, without any elaboration or subtlety.