Film Review: Ralph Breaks the Internet is Better Than Original

Ralph Breaks the Internet is the best animated movie I've seen in 2018. A- 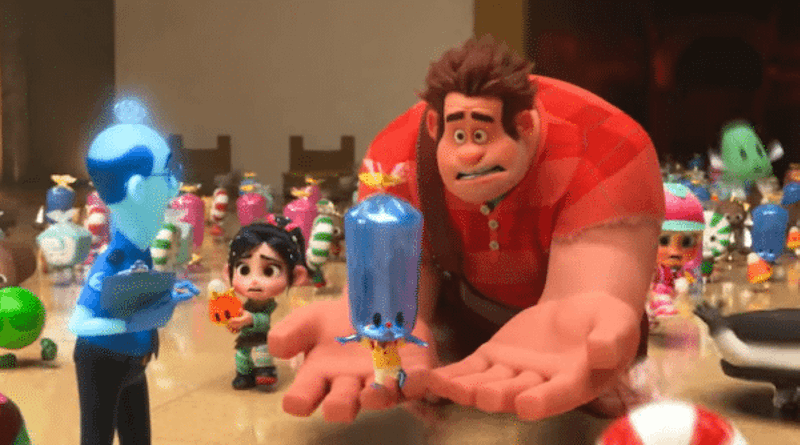 Ralph Breaks the Internet may be a sequel to Wreck-It Ralph, the popular Walt Disney Animated Studios film from 2012, but it has more in common with The LEGO Movie, the non-Disney animated film two years later.

Ralph, like LEGO, is set in an animated fictional realm that allows the usage of disconnected intellectual property, but in a way that's somehow both entertaining and surprisingly moving. Equal parts funny, touching, and great-looking, Ralph Breaks the Internet is the rare animated sequel that's better than the original.

While the first Wreck-It Ralph concerned the adventures of Ralph (voiced by John C. Reilly), the villain in a 1980s-style arcade video game, the new film moves the action to the Internet.

As with the first film, the action is set within the power strip back-end of a video arcade, where the characters go after long days of “work” within their games. As the new film opens Sugar Rush, the arcade video game starring Vanellope (Sarah Silverman), is in danger of being unplugged, a fate which would leave Vanellope and all of the other characters in the game homeless. So she and Ralph must enter "the Internet" in order to place an order and fix the game.

While the first film was mostly about Ralph's quest as a longtime villain to gain the respect of his video game peers, the sequel establishes early on that the friendship between Ralph and Vanellope is the most important thing by far. This applies surprisingly huge emotional stakes to the story, which the film delivers on.

The other great thing Ralph Breaks the Internet does is the way it visualizes the Internet. There are approximations of Amazon, Google, and other web touchstones, as well as various video games, including a Grand Theft Auto-like game that stars Gal Gadot as a sports car-driving sexpot. It's very clever, and rendered in consistently beautiful animation.

But beyond that, Ralph makes smart use of intellectual property, most of it Disney's. Everything involving a group of Disney princesses is gold, from their jokes to their shirts, including one that's at corporate sibling Pixar's expense.

These uses, importantly, never seem to be unfairly exploiting other people's creations in ways that don't feel natural or true, unlike the all-around abomination that was Steven Spielberg's Ready Player One. We don't get anything nearly as offensive as that film's dive into Stanley Kubrick's The Shining, or its use of The Iron Giant as a killing machine.

This idea has so much potential that it's a shame it's a kid’s movie, as it leaves a lot of potential satirical topics on the table. There are, however, references to spam and the Dark Web. I liked the way it depicts humans as boxy, zoned-out robots while they’re on the Internet. But I'm wondering why the pop-up scam character is a friend and not a villain.

Ralph Breaks the Internet was directed by Rich Moore and Phil Johnston, and it marks the first Walt Disney Animation Studios release since the #MeToo-related departure of longtime company executive John Lasseter, although Lasseter retains an executive producer credit. This hasn't been a banner year for animated features, but Ralph Breaks the Internet is the best I've seen in 2018.