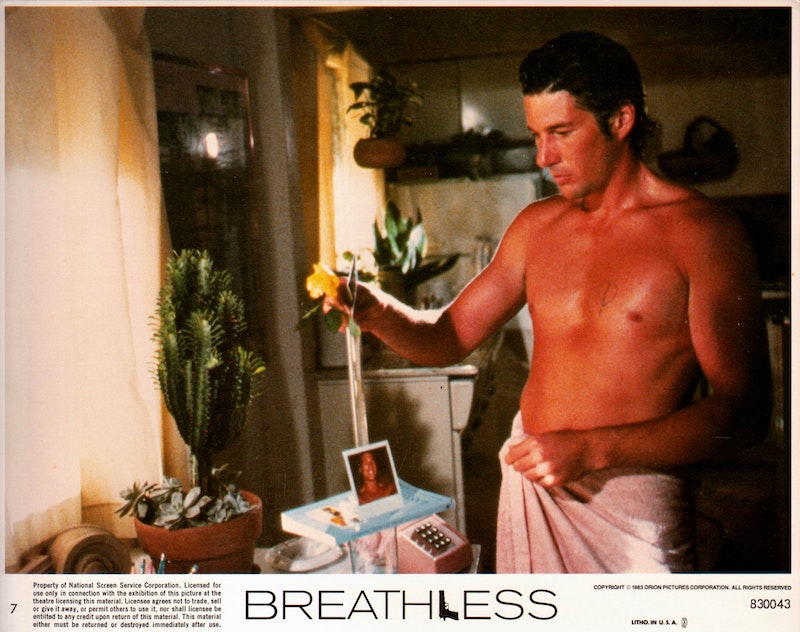 The idea that remakes are categorically bad is ridiculous: besides numerous examples that surpass or match the movies they came from (Sorcerer, Vanilla Sky, Carpenter’s The Thing, Beatty and Henry’s Heaven Can Wait, Soderbergh’s Ocean’s Eleven, De Palma’s Scarface), the medium invites updates and reconsiderations. No one can deny movies are often remade for the most superficial and meaningless reasons, but the idea itself is perfect for the only art form that really deals with time. Film isn’t the only form with duration, but we live our lives aware of and hopefully attending the movies as a whole. A story you saw 20 years ago with your wife, ex-wife, lost love, or dead kids could be remade and resonate in a completely new way. Whether good or bad, it’s a new emotional possibility, the kind of filmmaking that deals with time and goes beyond featuring actors from the original in a cameo or two.

Direct connections beyond the artistic and aesthetic aren’t necessary either, as best demonstrated by Jim McBride’s Breathless, his 1983 remake of the 1960 feature length debut by Jean-Luc Godard. I love Godard, but Breathless is by far his worst film of the 1960s, including the post-1968 stuff (Le Gai Savoir, with Jean Pierre-Léaud and Juliet Berto, is good). His then-novel use of jump cuts and Gallic inversion of American gangster film tropes and attitudes made everyone crazy, just like the then-novel violence of The Wild Bunch would nine years later.

But both films, Peckinpah’s much less so, have been dulled by decades of frantic editing and wanton violence on screen. I don’t see anything unique about Godard’s Breathless, and nothing that he wouldn’t improve upon in the dozen or so films he would make in the next eight years. I prefer Vivre Sa Vie, Alphaville, and 2 or 3 Things I Know About Her, but Band of Outsiders, from 1964, is really just an improved Breathless, with a better star, better set-pieces, and better production values from a team that was in the middle of one of the most prolific and rich runs in cinematic history.

McBride’s Breathless follows the key points of Godard’s film but takes far more of its inspiration from its spirit than any specific moments or scenes. Richard Gere plays Jesse and Valérie Kaprisky plays Monica, matching Jean-Paul Belmondo and Jean Seberg well, respectively. Gere in particular appears to have incorporated body language, gestures, facial tics, and walking patterns from Belmondo’s entire career with Godard; he acts like a monkey while Belmondo merely looked like one. Breathless is a film made entirely of grace notes, with a paper-thin story only justified by its exalted source material: a young man impulsively kills a police officer and has to hide out, so he hooks up with a girl he just met, and right before they’re about to escape together at the end, she betrays him, and he’s killed by the police. This isn’t The Wages of Fear, no one would be interested in remaking this story unless the original “changed cinema,” which, to be fair, it did.

But more than Breathless, it was Godard’s subsequent work that influenced generations of young filmmakers, moviegoers, and working directors who got caught flat-footed in the face of such prolific innovation. Weekend was the movie that was played over and over and over again on beat up 16mm prints on American campuses, and it was Vivre Sa Vie that Rainer Werner Fassbinder saw 27 times, and it was Band of Outsiders that Quentin Tarantino named his production company after. Unlike The 39 Steps, The Manchurian Candidate, and The Texas Chain Saw Massacre, there’s a lot more you can do with the raw material that Godard’s Breathless offers. And McBride delivers: golden-red rear projection, plastic lightsaber fights, and a performance from Gere that recalls Gerard Depardieu in Marco Ferreri’s Bye Bye Monkey from just a few years before, but in a much more commercial context.

Still, McBride’s Breathless is a strange movie, one whose thin plot isn’t stuffed with fluff but dozens upon dozens of grace notes, mostly with the way Gere moves and the way Los Angeles looks, and even the way so much of the dialogue is clearly dubbed in, like a low-budget French New Wave film. Available for free on Amazon Prime, it’s worth watching even if you’ve never heard of Godard or hate him: this is Richard Gere in his heyday, in a very similar mode to American Gigolo without the tragic descent, and even more neon fun. Anyone who avoids this movie because simply because it’s a remake is missing out.