There have been quite a few, but Moonfall remains the dud to beat. 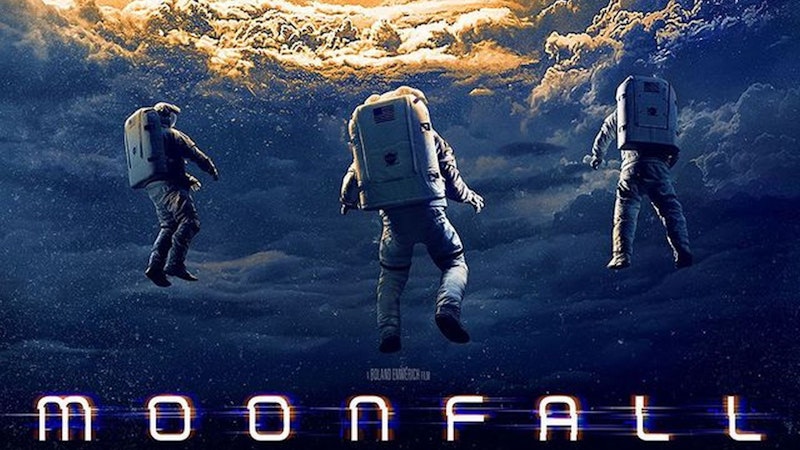 There have been a lot of terrible movies in 2022. High-profile, slick thrillers in which Ben Affleck unconvincingly tries to convince us he’s ever had sex. Pointless remakes; even more pointless adaptations; bad superhero vampire movies which bombed and became memes and were rereleased and bombed again. There have been unconvincing performances, crappy special effects, incomprehensible plots, and cinematic pratfalls.

Which is the absolute worst? Many people dislike films that are poorly put together or don’t have professional quality acting, editing, or writing. So, from that perspective, a bad movie is an amateurish movie—like the band Boy Harsher’s short vampirish horror movie The Runner which is halfway between a music video and a home movie. Or Firestarter (2022), which looks like a bad knockoff of a bad knockoff of the 1984 film.

I often enjoy low-budget films. The Runner is filled with charm; how can you hate a bunch of fans running around in the forest making a horror movie? Firestarter is terrible, but not because it’s barely professional quality. If anything the cheapness is something of a saving grace. At least, you’d hate to think anyone spent a lot of money to come up with that. The main reason to hate Firestarter is that it dumbs down the earlier somewhat entertaining film and the somewhat entertaining Stephen King novel on which the movies are based.

In that, though, it can’t compete with Texas Chainsaw Massacre. The original 1974 Tobe Hooper film is a vile, low-fi masterpiece of meat, blood and livestock. This year’s remake uses the name and reputation to sleepwalk through a bunch of tired horror tropes. Hooper’s vision was indelible, but I can barely remember the 2022 mess a few months later, outside vague irritation. The dreadful Persuasion adaptation is fresher in my mind. Netflix took Austen’s delicate tale of autumnal melancholy and turned it into a blandly cheeky rom-com with slapstick humor and Dakota Johnson winking ironically at the camera. Why adapt a book you hate? Presumably the answer is because of money and marketing. And also because you suck.

But nothing fails as hugely as failed big-budget blockbusters. Hollywood juggernauts put so much money, fanfare and bloat into insisting that you’re having the time of your life that when they crash to earth it’s like you’re inhaling whale guts. Movies like Morbius or The 355 or (I think the worst of the year so far) Moonfall feel like they’re elaborately insulting the audience. You showed up hoping for a dollop of talent or joy or emotion from this blaring, capital-encrusted bucket of executive-approved bilge-water? What a schmuck you are. That’ll be $20, two years of hearing loss, and your soul.

Could there be even worse films to come? Sure. James Cameron’s Avatar: The Way of Water has the potential for epic awfulness. But I don’t see anything on the horizon that’s likely to be a real contender for all-time worst movie. For me, that’s a category mostly reserved for glib Hollywood self-congratulatory Oscar-bait—movies like the unjustly celebrated Schindler’s List or the justly despised Hillbilly Elegy. Unless one of those lifts its head like a poisonous mushroom with the nose of Liam Neeson, Moonfall remains the crappy movie to beat.