Give Me Some of That Face 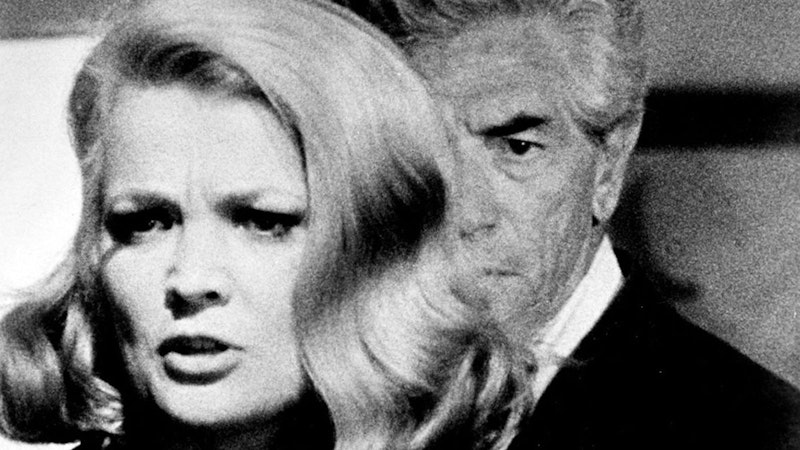 John Cassavetes’ Faces was a major American film in 1968, an independent sensation and an early work of the auterist New Hollywood. The story of a night when one husband abruptly decides to end his marriage, Cassavetes shot most of the movie in his house and his mother-in-law’s house over a period of six months in 1965, then took three years to edit it together. It’s included in Criterion’s “Close to Home” selection of films shot in their directors’ homes, and its presence there brings out a theme otherwise easy to overlook: its engagement with the domestic.

Domesticity may not be the first thing that comes to mind about Faces. It’s consciously experimental, in a very 1960s way, and the formal radicalism of the movie doesn’t naturally speak to the domestic. But the plot has to do with the break-up of a couple, and by extension the end of their domestic life. This is a film about people deciding what their homes will be; deciding what they can live with and what they can’t.

We see Richard Forst (John Marley) go drinking after a tough day at work, and end up at the home of a call girl, Jeannie (Gena Rowlands), along with his friend Freddie (Fred Draper). Later he goes home and tells his wife Maria (Lynn Carlin) he wants a divorce, then returns to Jeannie, who’s entertaining clients. Meanwhile Maria goes to a bar with her own friends, where they pick up a younger man (Seymour Cassel).

The movie’s shot on grainy high-contrast 16-millimeter black-and-white, with lots of handheld work. The camera follows the actors around, wandering through the households at eye-height, trying to keep everybody in frame. Or maybe just seeming to try—the movie has the feel of improvisation, but was tightly scripted and planned.

The improvisational sense comes from the freedom Cassavetes allowed his actors. An actor himself, Cassavetes let them experiment with their performances, and his editing’s more concerned with getting at character through their choices than conventional script structure. Many of the scenes feel shapeless, ending in odd places. The surface meaning of lines is almost irrelevant, and subtext becomes surface.

That’s part of the point. The standard script of middle-class life is banal and tedious, the movie says, but what do we find underneath? What happens when we abandon our usual lines, and dare to be emotionally honest? Richard’s contrasted not only with his wife, but with his friend. If domestic married life struggles to cope with honesty and meaning, can it be tolerated?

These questions struck a nerve. The film found an audience and was nominated for three Oscars. Cassavetes’s first movie, Shadows, had been made independently in 1957 and followed by two studio jobs; after Faces Cassavetes was able to make a string of independent films, using his freedom from the Hollywood machine to create unconventional character-based stories. Why did Faces connect so strongly?

Likely because the themes were relevant to its times. The 1960s liked stories about people (usually white male people) dropping out of conventional lives of jobs and families to find something more meaningful. That’s what happens here. But if the theme’s familiar, it’s presented with considerable artfulness and insight.

The performances are brilliant across the board. Every actor inhabits their role with an almost hypnotic immersion. You’re fascinated because they’re playing individuals, not types, with the unpredictability of true individuals.

It’s not what they say but how they say it; not the content of their speeches but that they choose to speak, even when usually saying nothing important. There’s a scene in Jeannie’s home where Richard confronts one of her other clients. They scuffle, a brief and unconvincing fight. Then these aging suburbanites back down, and they talk to each other, and in the way they talk there’s an undercurrent of confrontation and menace constantly present—less as threat, it seems, than as a way for the men to convince themselves that they’re still potent.

Richard especially. He’s unhappy with the home he’s built for himself, but doesn’t want a radically different life—doesn’t want to, say, run off and join the army. He’s fine settling down with Jeannie, a different kind of woman and a different kind of home. Maria’s less happy with Chet, and at first less able to cope with the end of the home she and Richard have. But both of them must in the end face up to it: their domestic life has been false, and the point of the movie is that once truth starts coming out, however fitfully, that falsity becomes unsustainable.

It’s far from a perfect film. More could’ve been done with Maria’s story, and Chet, the young man she picks up in a bar, is maybe not young enough to fit the role of the romantic free spirit—the actor was 30 when the film was shot. And there was a criticism made when the movie was released that Cassavetes’ two-and-a-half-year post-production work had caused it to lose its timeliness, and specifically that the French New Wave techniques it used weren’t as daring in 1968 as they would’ve been in 1965.

It’s fair point, but the techniques still work to bring out the lives of the characters, which is after all the reason for using them. Faces does now feel like a historic document, but only in the sense of being an important artistic statement from an earlier world. The people in this movie are dealing not with our contemporary life but with how a certain class of people once lived. We can relate to them, because domesticity is something we still struggle with.