Film Review: The Endless is Worthy Companion to Annihilation. B+

And Super Troopers 2 fails on almost every level. 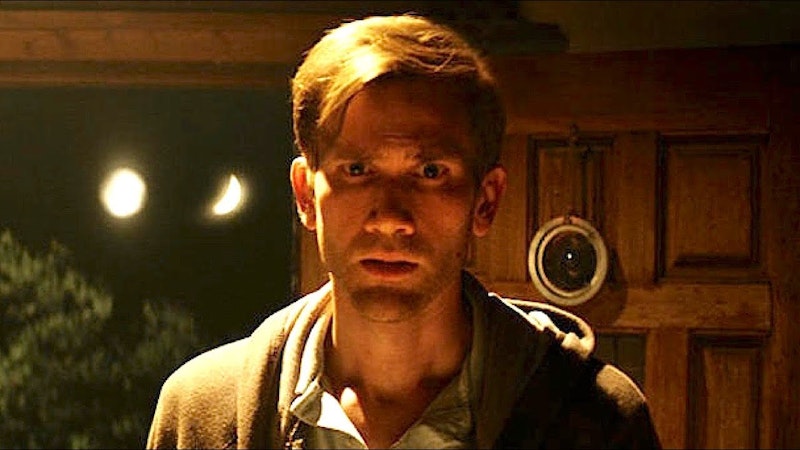 The movie that’s set off the brightest discussions this year is undoubtedly Alex Garland’s Annihilation. Whether it was the visuals, philosophical questions raised, feminist aspect, or strange story of how the film itself was dumped on Netflix in most of the world, there hasn’t been a more thought-provoking release this year.

The Endless, another high-minded sci-fi picture that incorporates extraterrestrials but isn’t really about them in any real way, is a worthy companion piece to Garland’s film, even if it’s not quite on Annihilation’s level visually. It comes from a filmmaker/star duo, Justin Benson and Aaron Moorhead, from whom you’re going hear a lot more.

It’s been a big year for cults, in TV (the Waco mini-series), in documentaries (Netflix’s Wild Wild Country) and the real-life bust of NXIVM, the sex cult with a bizarre sideline in conservative fake news. The Endless has another angle: Two brothers (played by Benson and Moorhead), escaped a UFO cult years ago. But when one confesses that, despite everything, he sort of misses the place, the two agree to go back, for a “temporary visit.”

Once they return, somewhere in California, strange things happen with time and space. Twin Peaks is an obvious influence, although The Endless doesn’t really look or feel like anything you’ve seen before. Another thing the film has going for it? The creepiest use of “House of the Rising Sun” in cinema history.

The Endless is unheralded, but this film is a quiet, understated, gem.

I’m a huge fan of the original Super Troopers, which came out in 2002. A gag-filled romp about a bunch of prank-loving Vermont state troopers starring the comedy troupe Broken Lizard, Super Troopers is one of the great comedies of the new millennium, endlessly quotable, and just as funny today as the day it was released. I’ve probably watched the “bullet-proof cup” scene on YouTube 100 times, guffawing every time at the particular way Brian Cox says “You’re a sick motherfucker, Mack.”

However, I’ve been skeptical about the new sequel, Super Troopers 2, since it was first announced. Comedy sequels, especially those made years later, have a dicey track record, as do films funded via Kickstarter. None of the post-Troopers output of Broken Lizard has come close to the first film. The sequel, for some reason, was released on 4/20 and is sold as a stoner comedy, despite the series having little to do with weed, and both films even featuring the cops busting up drug smuggling rings.

Beyond that, the idea of cops screwing with suspects for their own amusement has a very different connotation in 2018 than it did in 2002—not to mention, childish pranks come across very differently when performed by guys who are pushing 50 as opposed to guys in their 20s. The Broken Lizard guys all met each other in college—and that was in 1990.

Super Troopers 2 does a middling job addressing these concerns, and while there are a few laughs sprinkled throughout, it’s far below the level of the first movie—like Anchorman 2, while even including an astonishing failure of an opening sequence that seems lifted almost directly from that movie.

The new film is structured much like the first one, based largely on extensive set pieces and montages; this time they’re less funny, while also throwing in a lot of fan service for fan service’s sake. The plot of the sequel, through convoluted means, has the troopers hired on as the police force of a town near the Canadian border that’s about to be annexed into the United States. Therefore the film is heavily dependent on the sort of cheap Canada jokes that were already old when Michael Moore’s Canadian Bacon got to them in 1995. Hockey! Mounties! Rush! Tim Horton’s! People who say “eh,” “soory” and “aboot”! It’s lightly amusing at times, but none of this is groundbreaking stuff.

As for what does work, there’s plenty of winning banter among the cops, and a couple of funny gags, including just about everything Brian Cox does on screen. Rob Lowe steals some scenes as the bad guy, a hockey-goon-turned-local politician sporting an uproariously funny haircut and the equally winning name of Guy Le Franc.

But a lot of it feels warmed over. Aside from Rod Farva (Kevin Heffernan), who’s fat and stupid, I don’t know that the other four guys have a single notable character trait among them, and even though I’ve seen the original dozens of times I’m not sure that I know all of their names.

The problem is, there’s more pure humor in the 47-second cotton candy scene in the first film than in the entirety of Super Troopers 2.