Inside an Orthodox Jewish exclave in the London suburbs. B 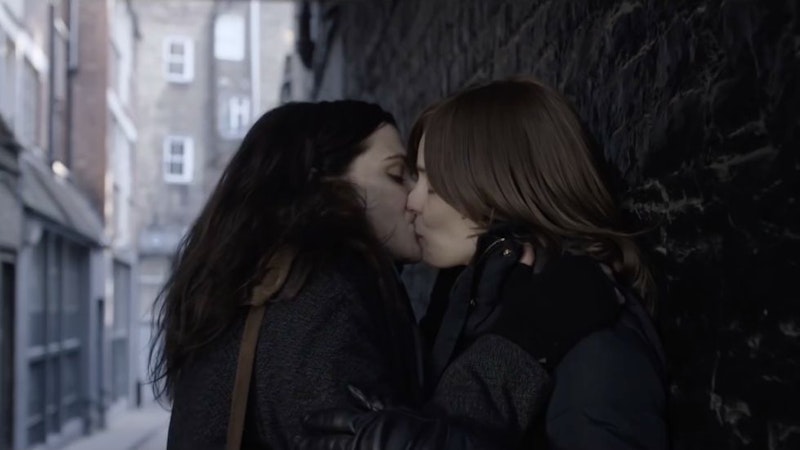 Provocative subject matter and a filmmaking style intent on scrutinizing the smallest gestures and emotions don’t quite come together to make a lasting impression in Disobedience. The movie, based on the 2006 novel of the same name by Naomi Alderman, goes inside an Orthodox Jewish exclave in the London suburbs. Ronit Krushka (Rachel Weisz), who left the community years ago for a life unburdened by religious expectations in New York, returns after the death of her father, an influential rabbi. Her reception from family and old neighbors is almost uniformly frosty, though there’s clearly more than mere resentment simmering beneath her interactions with former best friend Esti (Rachel McAdams), who in the interim has married Ronit’s cousin Dovid (Alessandro Nivola). It eventually comes out that Ronit and Esti had a romantic relationship, and Ronit’s continued presence threatens to blow up into a scandal as the film bears on.

Director Sebastian Leilo (recently an Oscar winner for last year’s A Fantastic Woman) refrains from overplaying the potentially melodramatic material, instead keeping the drama to a series of terse exchanges, sidelong glances, and meaningful faces. There’s never a dramatic revelation scene about Ronit and Esti’s past, nor a detailed monologue or flashback explaining their girlhoods. The audience is allowed to intuit everything from their initially guarded conversations with and about one another, as well as the way they look at each other. When they finally admit their continued feelings roughly halfway through the story, it comes with no conversational preamble, but as a pure release of pent-up emotion. The movie is most exciting in its evocation of the sensual details of its forbidden romance, lingering touches and kisses infused with as much desperation as desire.

Disobedience’s most novel element might not be its treatment of homosexuality within Orthodox Judaism but in the way it handles Dovid. Being Esti’s husband and a well-liked rabbi easily positions him as an antagonistic if not outright villainous figure, but instead it treats him sympathetically, incorporating his emotions into the narrative alongside Ronit and Esti’s. He’s not there to domineer or threaten Esti into obedience, but to grapple with the expectations placed on him by their religion and how they conflict with his honest wish for what’s best for her. He’s trapped by institutional patriarchy as well, though not in the same way or to the same degree as his wife and cousin. That Dovid was also Ronit’s father’s favorite student and chosen successor adds another wrinkle to the story, as it is just as much about her coming to grips with his death as it is about her romance.

It’s in the interplay between the grief and romance storylines that Disobedience falters, as it tends to lose sight of one whenever it brings up the other. At points, it could nearly be two different movies. It also means that both experiences are presented more in emotional broad strokes than in specific touchstones, which viewers seeking stronger personal identification with the characters may find lacking. The tripartite lead roles also give the short shrift to McAdams in comparison to Weisz and Nivola, even though she does the best work expressing her character’s buried pains and desires. All their performances are affecting and balance nuance well against outright expression, yet we don’t have much entry to them as human beings than we merely bear witness to what they do.

This is in line with the movie’s depiction of Orthodox Judaism, which loves to fixate on particulars like women adjusting their modesty wigs or people reciting, “May you live a long life” as a routine benediction. But these details feel surface-level, coming more as a transference from the novel than a true understanding of the religion. We meet only a handful of characters in this world with names, and fewer with distinct personalities. If the audience cannot understand this community, then how can they truly empathize with the cultural mores that weigh on Dovid, suffocate Esti, and which Ronit fled? The film thankfully never approaches anything like a dismissal of these issues as matters inherent to religion, but it does make the setting come across more like cultural window dressing that provides an easy excuse for pressure on its LGBT characters than an organic exploration of a specific milieu. Disobedience misses its greater potential in this shallow examination.