Film Review: The Disaster Artist Is Surprisingly Endearing and Accessible

James Franco’s ode to Tommy Wiseau works even for people that haven’t seen The Room. B+ 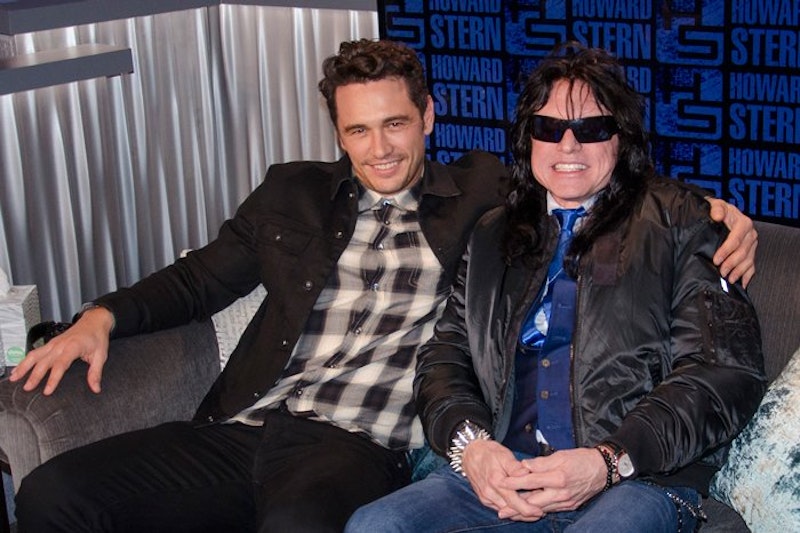 I first read about Tommy Wiseau and his bizarro self-funded magnum opus The Room nearly a decade ago in a copy of Entertainment Weekly. If memory serves, it was Tim Heidecker, David Cross, and others talking about discovering The Room after driving by its massive billboard over Highland Avenue in Hollywood and being completely perplexed: What is this movie? Who is this guy? How can he afford this?

Two film students mentioned in the article caught on early, when they took a flyer and went into one of the only two theaters showing the movie, and walked out with one of the best descriptions of a movie I’ve ever read: “it’s like getting stabbed in the head.” In 2009, the cult around the film was growing, and there had already been Rocky Horror style midnight screenings in Los Angeles going on for years, but now it was spreading. I went to Video Americain in Baltimore’s Charles Village and rented their only copy—in high demand—and watched it once alone, and again with friends. I won’t rehash The Room here—if you’re reading this, you’ve probably seen it, and multiple times at that.

But now the quasi-biopic is out: James Franco’s The Disaster Artist (based on Greg Sestero’s eminently compelling book about the making of The Room) has opened to more theaters over a single weekend than Wiseau’s ever did. Not that he really needed it, because The Room has completely supplanted The Rocky Horror Picture Show as the go-to midnight movie, the prime example of something that’s “so bad it’s good.” I hate that cliché, but there’s no other way to describe The Room or Wiseau himself, who somehow remains shrouded in mystery, with no information about his age, country of birth, or source of income available, even with a major Hollywood movie opening up now about his “masterpiece” (which was one of the working titles of Franco’s film).

Is The Disaster Artist incomprehensible and boring to those who haven’t seen The Room? No, quite the opposite—I went with my parents (who’ve never seen it) and my brother (who’s gone to at least half a dozen midnight showings, spoons and all). Everyone loved it: Franco’s performance as Wiseau is surprisingly good, award-worthy even. All the promotional materials and early trailers that leaked really set the bar low, and it looked like this was going to be another failed Franco vanity project, but against all odds, The Disaster Artist functions well on its own and plays to an audience that has no awareness of the source material.

Read Sestero’s book. Somehow the five-year odyssey of struggling as an actor in San Francisco, meeting Wiseau, inexplicably sticking by him through years of strange behavior, petulant mood swings, and a complete lack of skill as a writer, director, and actor—it’s as compelling and strange, if not more so, than the movie itself. Franco isn’t just doing a crap Borat accent and wearing the right clothes, he is Wiseau, and the side-by-side footage at the end of the movie showing recreated scenes from The Room against their originals demonstrates how dedicated they were and how they nailed everything about this totally unique and fucked-up movie.

The Disaster Artist is accessible and appealing as a traditional “making it in Hollywood” story, even if the road is roundabout. The fact that Franco’s movie got made in the first place is a testament to Wiseau’s singularity (I won’t say genius) in a city full of fakes and desperate try-hards.

The Disaster Artist would make a nice double bill with something like Mulholland Drive, a light comedic comedown from David Lynch’s very dark take on the same story. Now all that’s left is for Franco to get nominated for Best Actor, show up with Tommy, win, and bring Tommy up to the podium and hand him the Oscar. It’s only way to top this year’s Best Picture envelope snafu, and I could really see it happening: can you picture a more wild and unbelievable Hollywood ending. Academy members: get Tommy Wiseau up there, even if it’s through James Franco. I’m sure he’d gladly oblige the honor to a true American (?) original.