Film Review: Beauty and the Beast

Director Bill Condon plays it too safe. B 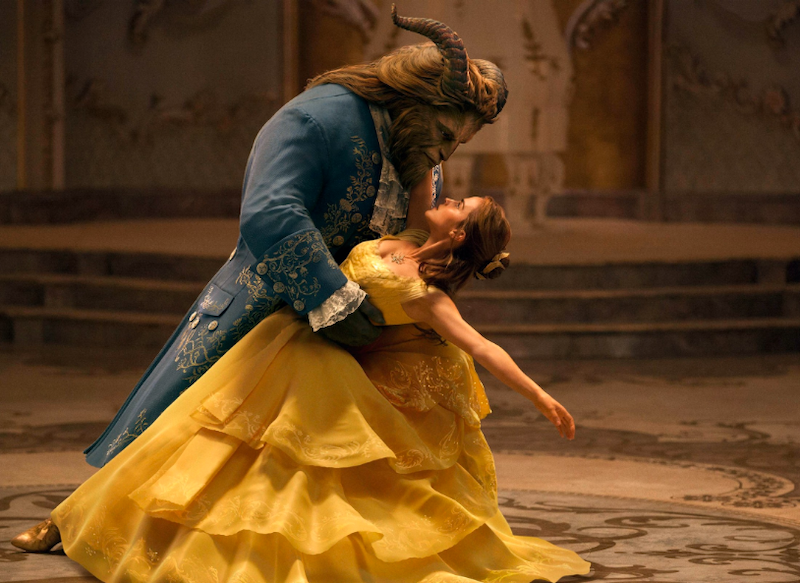 With the new Beauty and the Beast, directed by Bill Condon, Disney continues its modern-day strategy of giving its classic animated properties new, part-CGI, mostly live-action remakes. This one has the advantage of having as its source material one of the best animated Disney films, with one of the better musical scores of any movie, period.

Condon does plenty of good things with what he’s given to work with, including that classic structure, those great songs, and a top notch cast of live-action and voice performers. The problem is this new version doesn’t do a whole lot new, creative, or risky with the material—except for one thing.

The 1991, all-cartoon Beauty and the Beast came at the top of one of Disney’s peak creative periods, and featured that classic score by composer Alan Menken and lyricist Howard Ashman, with famous songs like “Belle,” “Be Our Guest,” “The Mob Song,” and “Beauty and the Beast.” It was the last completed film score by the team before Ashman’s AIDS-related death in March of 1991, although some of his songs were used in the following year’s Aladdin. (For more detail on that era of Disney history, as well as Ashman's story, I implore you to seek out the 2009 documentary Waking Sleeping Beauty.)

The new film uses the same plot, the same beats, and the same songs as the '91 version, putting capable actors in the main roles: Emma Watson is Belle, totally looking the part and also doing a passable job with the songs. Dan Stevens (from Downton Abbey and Legion) is the Beast, providing voice to him in Beast form and actually playing him in human form.

There is one big change, however: The character of LeFou, Gaston’s diminutive, bumbling sidekick and sychophant, is now gay, in unrequited love with Gaston, and played by Josh Gad. This decision, the first-ever inclusion of a gay character in a canonical Disney movie, has predictably drawn its share of controversy. It also happens to be the best thing about the movie, by a wide, wide margin.

Gad is hilarious, his interplay with Evans a riot, and the constant double-entendres, turning previous subtext into text, are actually pretty daring. This isn’t like when Star Trek patted itself on the back for letting us know with ten seconds of exposition that Mr. Sulu had a husband—Disney’s first gay character not only puts his sexuality front and center, but he even gets a satisfying character arc. Josh Gad can be a divisive and inconsistent performer, but when he's on, he's on, and this may be his best-ever turn on screen.

It’s just a shame that there’s no other aspect of the film that’s anywhere close to that transgressive or even that creative. Condon’s movie, in every other respect, plays it safe, and right down the middle. And it’s not like there weren’t opportunities—Gaston’s alpha male swagger could have been a great opportunity for skewering. Belle and the Beast’s relationship, with its hints of Stockholm Syndrome, could have used some other commentary.

The film has another big problem—the character CGI renderings are horribly subpar for a movie with a $160 million budget, the highest in history for a musical. The Beast, especially in closeup, never looks like anything but a computer effect. The candles and clocks look sort of silly too, and don’t even get me started on the creepy talking wardrobe.

Bill Condon is a capable director with a couple of first-rate movies (Gods & Monsters, Dreamgirls) to his name; I won’t hold the last two Twilight films against him. His Beauty and the Beast is beautiful from an art direction standpoint, especially in the design of the castle. But beyond that, every scene in the woods—and there are quite a few of them—is shot absolutely incomprehensibly. The film contains about five different trips back and forth between the town and the Beast’s castle, but there’s little-to-no sense provided of how far apart they are.

Even still, this story is one with a lot of pull, and those songs sure are special. That, and the Gad aspect, are enough to make the film worth seeing, especially if you're a Disney completist or someone with very strong affections for the Menken/Ashman heyday.

But yes, of course, the cartoon was better.