Film Review: Savoring the Passage of Time in 24 Frames

The final film by Abbas Kiarostami is stunning and singular. A 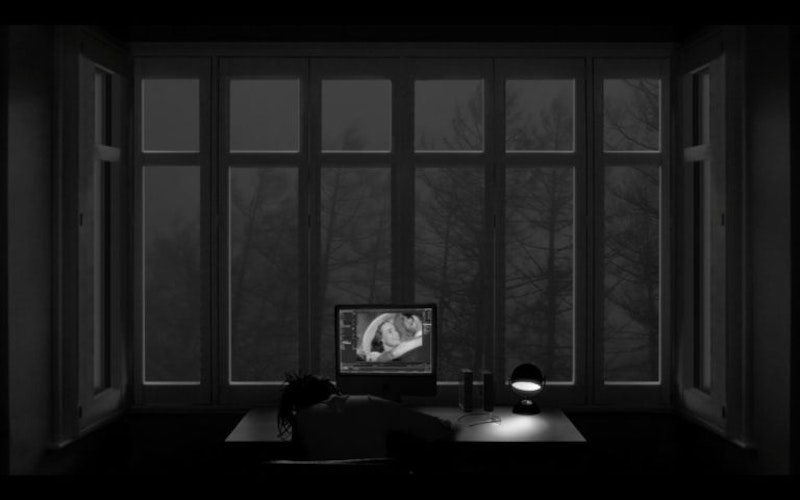 On The Dick Cavett Show in 1972, Robert Altman said, “The medium of film has not yet really been explored. In other words, I think that when we started film, we took it from theater, literature, and we were an extension of another art form. And it’s still that way, but it’s getting away from it, and I think that eventually someone will make a film that is purely a film and the audience can respond to it as such. But I don’t think it’s been done.”

Cavett replied, “It has to have dialogue, doesn’t it?” Altman: “Well, no. I think it’s like a painting, an experience. The only limitations are the linear ones: it has length, it has a beginning and an end, it takes a certain amount of time. But I think that ideally an audience can look at a film, emotionally get the whole thing and not necessarily be able to explain it to somebody else.”

Cavett: “Should they be able to tell what it means?” Altman: “Yeah, to them.”

It’s amusing to hear how frustrated Altman is that cinema is in the doldrums in the early-1970s, the beginning of the greatest decade in the medium’s history in America. That hour-long episode of The Dick Cavett Show quoted and linked above has a head-spinning guest list: Altman, Mel Brooks, Peter Bogdanavich, and Frank Capra, all smoking cigarettes and talking at length about cinema and its potential to reach and move people. But the 1970s are too often vaunted at the expense of equally stunning periods and artists in every decade across the world.

The kind of film that Altman describes and wishes to see is how I respond to the cinema of Abbas Kiarostami. The late Iranian director’s final film, 24 Frames, premiered at Cannes in 2017 and is now showing in limited release in North America, including here in Baltimore at The Parkway. Kiarostami died at 76, way past the prime of most artists, but he was making some of the best work of his career this decade, especially 2010’s Certified Copy. His loss is tragic because he was still breaking ground. 24 Frames is no exception, even though it was finished by his brother after Kiarostami’s death nearly two years ago in July 2016.

There’s no dialogue in 24 Frames, nor are there characters, or anything “going on.” There’s no plot. The conceit is simple: the film begins with a statement from Kiarostami, reading in part, “I always wonder to what extent the artist aims to depict the reality of a scene… Painters capture only one frame of reality and nothing before or after it.” To that end, Kiarostami’s 24 Frames is exactly that: 24 still images that start static and eventually gain life, whether by trees blowing, dogs rummaging or smoke rising out of a chimney.

The first “frame” is Pieter Bruegel the Elder’s “Hunters in the Snow,” which Kiarostami uses as a motherboard for the rest of the film’s “frames,” returning again and again to scenes of snowy hills, wandering wolves, crows, harsh terrain, and very few people, all who remain at a distance. People appear in only two or three of the “frames,” and only up close somewhere in the late teens, though in that image they’re all facing away from the camera, watching lights turn on and illuminate the Eiffel Tower.

Kiarostami’s work achieves something that very few other filmmakers ever come close to. In my mind, his only equal is Chantal Akerman, who once said, “Often when people come out of a good film they say that time flew without them noticing. What I want is to make people feel the passing of time, so I didn't take two hours of their lives, they experience them.” The 11-minute shot on the ferry moving away from Lower Manhattan that closes her film News From Home is one of the most stunning and singular things I’ve ever seen in movies.

Kiarostami and Akerman were able to manipulate and play with the way that the audience perceives time, and this can create something of a transcendental state, at its most mild a rejuvenating meditative experience. Perhaps more than any other of his films, 24 Frames is a movie to actively get lost in—this is different than the fleeting escapism that Akerman referred to. 24 Frames doesn’t have any plot, or action, and even its “frames” become repetitive, dwelling on adjacent themes and rarely introducing elements or subjects that weren’t present in the Bruegel painting.

In a weird coincidence for me, the final “frame” of Kiarostami’s final film features Teresa Wright and Dana Andrews, via the final shot of William Wyler’s The Best Years of Our Lives. Wright is seen beaming as she’s about to kiss Andrews, but the scene is slowed down so much that four seconds becomes four minutes, and the image is framed within a window and again within the screen of an iMac on a desk where a woman is slumped over, sleeping. Wind rustles trees and birds fly and sing as Wright goes in for a kiss that lasts minutes, and the film ends as modestly as it began.

24 Frames is not in the same league as masterpieces like Taste of Cherry, Certified Copy, or Close-Up, but it’s still great, and as Kiarostami’s final film, it should be savored because there are very few people left that can achieve the kind of ineffable and wordless emotional potency and resonance that Robert Altman wished for in 1973. I was buzzing with a contagious creativity when I left the theater, and can’t stress how completely unique the experience of watching 24 Frames is if you’re in the right frame of mind and know what you’re getting into.