Film Review: It Comes at Night Is Another Indie Horror Disappointment 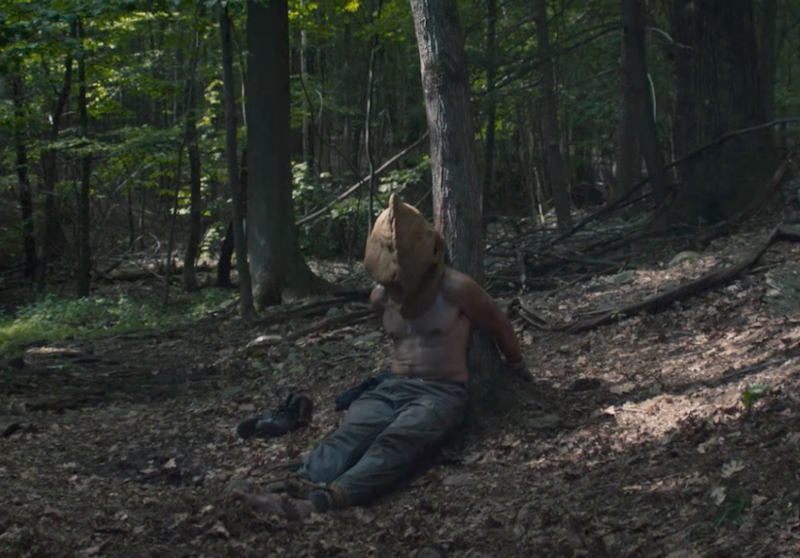 "A moody horror film where humanity is the monster.” What a concept. Bryan Bishop begins his review of It Comes at Night like a grade-school book report: “Horror movies are never really about the terror they put on display. Even when monster movies are marketed and sold around a creature, they’re often just using those monsters as stand-ins.” Thanks for the heads up. It Comes at Night, written and directed by Trey Edward Shults, is the latest indie horror movie made for city audiences that consider cineplex horror aesthetically unacceptable and beneath them. It’s right in line with The Witch, It Follows, and The Babadook—my mileage varied with those, but at least they had some original ideas along with the deft cinematography, art design, and correct fonts. The Witch was boring but I thought the ending and the Olde English were cool.

It Comes at Night offers nothing: at 91 minutes, it feels like a subplot of an apocalyptic epic like The Stand or The Road. Shults avoids expanding on his boilerplate plague apocalypse premise and we’re stuck with two small families in the woods for most of the movie. Paul (Joel Edgerton) lives in a boarded-up house in the middle of nowhere with his wife Sarah (Carmen Ejogo) and their teenage son Travis (Kelvin Harrison Jr.), waiting out the end of the world with what little food they have and lots of guns. Someone breaks in one night: Will (Christopher Abbott), another father just looking to feed his family. Paul interrogates him and eventually lets his wife Kim (Riley Keough) and their toddler son stay in their boarded-up woods mansion. Paranoia and fear run amok: are these people sick? Are they lying to us about their past? Are they part of a larger group?

Things get fuzzy, the toddler is sick, yes, and it all ends with Paul’s family chasing Will and his family out of the house and shooting them one by one. And then the final shot of Paul and Sarah looking at each other from across the dinner table, followed by the most abrupt cut to credits I’ve seen in years. Shults is a charlatan who thinks he can get away with this story if he opens with close-ups of Bruegel the Elder paintings and a score that could get you into Berghain on a Friday night. Apparently the marketing campaign was really misleading, too—I didn’t see any trailers or ads besides the poster, but a lot of people went in expecting some creature, a monster perhaps, or even a supernatural force, that comes at night and fucks shit up.

Spoiler: there is no “it” and nothing comes at night in this movie. “Humanity is the real monster.” Oh, please! Maybe I was a little tilted going in because of a tweet by Matt Zoller Seitz that turned out to be spot on: “IT COMES AT NIGHT: well acted & directed (in an M Night vein) but they should've called it SAD PEOPLE IN THE WOODS.” Joel Edgerton in particular stands out—he reminded me of Kurt Russell at times, and Christopher Abbott is great too. The scene where they’re drinking late at night and Abbott’s character fudges his cover story is superbly shot and acted. But again, this feels like a loose end of a much more interesting and expansive story. I’ve read reviews that try to spin It Comes at Night as a family drama—well, a boring one at that, too. It amounts to nothing, yet it’s collected plaudits because the cinematography is good and the poster doesn’t look like an Ed Hardy shirt. Congratulations, you’ve just played yourself. Go find a copy of The Stand and read that instead.