Pixar’s back on track with this series. B+ 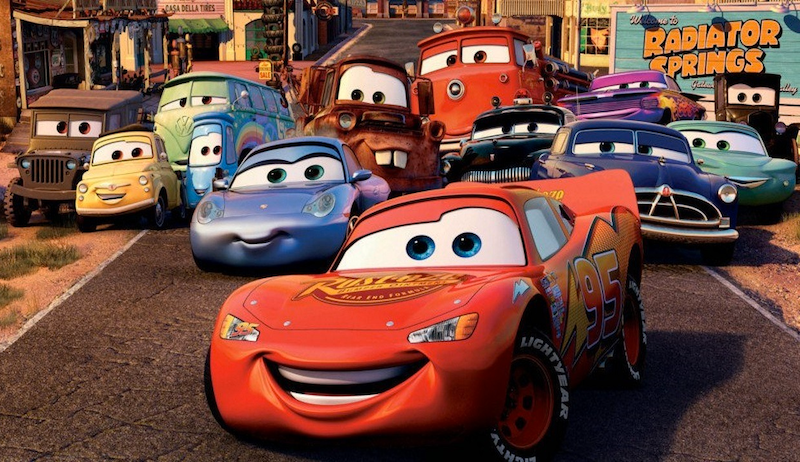 The first Cars movie (2006) doesn’t have the reputation of most of Pixar’s work up that point. But when considering Pixar's depiction of a world where everyone is a car, I always considered it somewhat underrated. Its world-building is up there with the best of the studio’s work, and while it might not pull the heartstrings the way Up or the Toy Story films did, I found Cars tolerable when my kids watched it over and over again.

However, Cars 2, from 2011, is as bad as its reputation—as a witless spy spoof, which made Larry the Cable Guy’s irritating Tow Mater character the protagonist. It’s the least effective James Bond parody ever, as the film's plot was equally meandering and incongruously violent. It remains the worst film Pixar has released to date.

The new Cars 3 does something wise: It expands on the virtues of the first film while all but pretending the second one never happened. And it’s a pleasant surprise. Like the first Cars, the third is a pretty straightforward sports allegory, but while Cars 1 depicted sentient race car Lightning McQueen (Owen Wilson) as a cocky young upstart, he’s now a veteran on the decline, struggling to fend off a new breed of souped-up, aerodynamic younger cars (led by Armie Hammer’s Jackson Storm).

After a horrifying accident, Lightning starts on the comeback trail, with help from trainer car Cruz Ramirez (Cristela Alonzo), as a well as the memory of his late mentor Doc Hudson (Paul Newman, “performing” via what I presume are outtakes). There’s also a detour to a demolition derby (with Orange is the New Black’s Lea DeLaria as a scary school bus), a wonderful scene of oldhead racecars (including Margo Martindale and Isiah Whitlock, Jr.) reminiscing in a smoky bar and ultimately The Big Race at the End.

What’s refreshing about Cars 3 is that its storytelling is much more compact than in the previous sequel. It doesn’t feel the need to take any ridiculous plot detours, and Larry the Cable Guy’s involvement is wisely kept to a minimum. As for the other recurring characters, they’re used sparingly too.

Visually, Cars 3 may be the most impressive film in the series. The background scenes have a realism that wasn’t even hinted at in either previous film. And the renderings of speedways are pretty great too; they’re always way cooler looking in the Cars movies than in real life. The film was directed by first-timer Brian Fee, a storyboard artist on the first two movies as well as WALL-E and Ratatouille.

There’s one odd aspect to the film: it has a shockingly reactionary streak when it comes to analytics and sports science. Cutting-edge sports training and analysis are treated as soulless if not downright villainous. Meanwhile, one car character is shown sharing exact percentages of the chances a certain car has of winning the race, a la Nate Silver’s election forecasts.

Still, Cars 3 is a surprisingly winning effort from Pixar, and perhaps the most overachieving movie so far this year.