A horror film that just isn’t scary enough. B 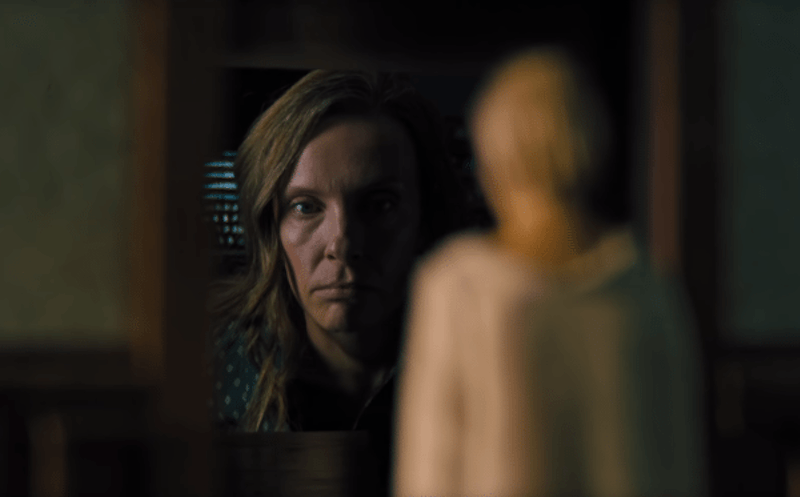 Hereditary is one of those films that I didn’t love, but nevertheless admired the gumption that led to something so completely bonkers to actually reach the screen.

There’s a lot to admire about writer/director Ari Aster’s debut film. It’s a horror film that’s scary as hell. It features superlative performances by Toni Collette and Gabriel Byrne, a pair of actors who aren’t seen on screen nearly enough these days, as well as winning turns from Alex Wolff and the unsettlingly creepy Milly Shapiro as their kids.

Hereditary nails just about everything filmmaking-wise. Cinematographer Pawel Pogorzelski’s camera brings palpable menace to a wide variety of locations, including a house, an attic, a school and outdoor locations in Utah. As for the plot, that’s a different story.

At the beginning of the film, a grandmother dies. Her daughter Annie (Collette), who lives with her husband (Byrne) and kids (stoner 17-year-old Wolff and creepy 13-year-old Shapiro), attempts to make sense of the death of a difficult woman with whom she had a highly complex relationship. But then very strange and horrific things begin happening. And adding to the creepiness factor, Annie works as a miniature artist, often recreating terrible events for her real life in her work.

Hereditary’s plot resembles a horror movie kitchen sink, containing numerous familiar elements: is this a standard haunted house movie? Is it about ghosts, or demonic possession? Is it a creepy-kid movie? Is it really all a metaphor for mental illness? How does dissociative identity disorder, mentioned in passing in one scene, figure into the overall narrative? Is it actually about the difficulties of horrible grief, the legacy of childhood trauma, or all of the above? And what exactly does the title mean?

I give Hereditary credit for holding out for a very large chunk of its duration before explaining what’s really going on. And I don’t mean it all hinges on a plot twist; Hereditary goes far into its more than two-hour running time without giving us any sense of exactly what type of horror movie it actually is.

The problem is that the ultimate explanation is a huge letdown, and it doesn’t quite succeed in tying everything together. There’s a lot of really special stuff going on here, but it can’t quite stick the landing.

This is Toni Collette’s best turn on screen in years, conveying many different sorts of emotions and pain and nailing it every step of the way. She’s once again playing a mother, while working with a young horror auteur at the start of his career, just as she had with M. Night Shyamalan in perhaps her most famous film, The Sixth Sense.

Hereditary’s the sort of film I’d expect to be divisive, but it actually came through multiple film festivals with its Rotten Tomatoes score intact at 100. Whatever you can say about Hereditary, it’s much better than Shyamalan’s last couple of films, even if it falls short of The Babadook, The Witch, It Follows and the other cream of the recent “art house horror” mini-genre.

I give A24 credit for ensuring the release of wild, offbeat films like this, at a time when supposedly no one’s doing that; take a look at their awards season slate each year compared to that of, say, Warner Bros. and Paramount. Hereditary didn’t quite do it for me, but I look forward to what Ari Aster does next.