It pumps up macho posturing and workplace violence. D- 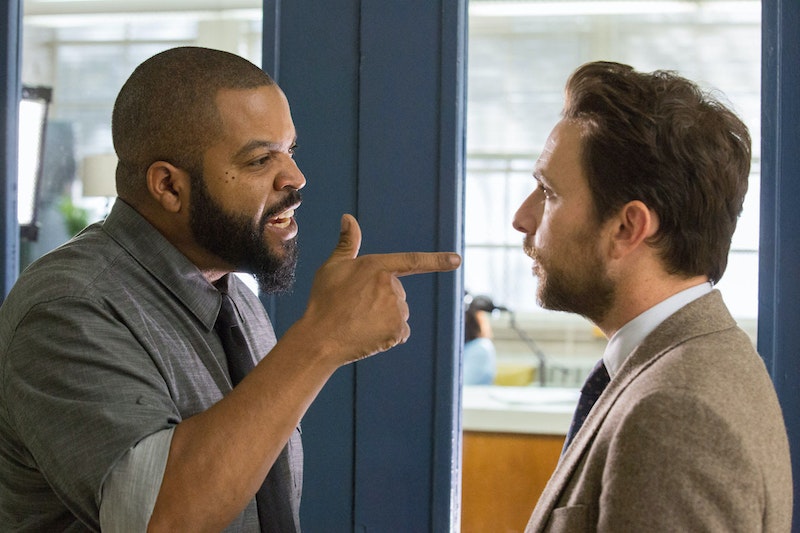 Fist Fight starts off as a garden-variety, sub-par high-concept comedy. A few of the jokes and physical gags work, and most of the biggest laughs come from stuff like a rampaging horse and a mariachi brand, as opposed to anything done by the top-billed actors. It shapes up as a forgettable studio film that got dumped into February. But then, in the third act, First Fight transforms into something much more sinister and ugly: It’s a straight-faced argument in favor of macho posturing and workplace violence, which argues that if you’re a white middle-class American man and you want your life to get better, you should turn, over the course of a single day, into a violent asshole. I can’t remember the last time a lazy Hollywood comedy took such a hard-left turn into pure nihilism.

Fist Fight was directed by Richie Keen, who was associated for years with It’s Always Sunny in Philadelphia, although the film has next to nothing in common with that show, with the exception of its leading man. Charlie Day stars as a mild-mannered English teacher at a lower-middle-class suburban high school, where the kids are frequently going nuts with pranks and looming budget cuts have everyone fearing for their jobs. When, in an incident that takes about 20 minutes to set up, Day stops a rage-prone rival teacher (Ice Cube) from going after a student with a fire axe, he gets the Cube character fired. Cube then challenges him to a fight and rather than reject the idea out of hand, Day accepts and then spends most of the movie trying to weasel his way out of it.

Everything about the set-up of the movie tells us it’s going to be about two grown men who decide to fight each other, and that the movie is going to laugh at them for doing so. That’s nearly the premise of a pretty great HBO show, Vice Principals, in which Danny McBride and Walton Goggins play rival school administrators so paralyzed by impotent male rage that they’re driven frequently to violence. While drawing these men as recognizable humans, the show knows they’re pathetic and that’s the point.

Fist Fight goes in another direction. It tells us that fighting is good, that taking up fists against a co-worker not only is necessary, but is admirable behavior for a teacher and father of young children. And not only that, but it’s the sort of thing that establishes someone as a real man. It’s as though the film was written by someone who saw Fight Club at 13 and didn’t get what it was actually about.

Not even the cast can save this material. Day has consistently been one of the funniest parts of It’s Always Sunny in Philadelphia, and has brought a version of that persona with him into movies, most notably the Horrible Bosses films. Day getting exasperated is one of the funniest repeated beats that any working comedic actor has. But he’s all wrong for this part, which is really more in line with what’s usually played by his Bosses costar Jason Bateman—the mild-mannered nice guy who’s always up for a promotion that he doesn’t get. Watching Day fight and strut around like a cocky jerk isn’t nearly as funny as watching him sing silly original songs or pretend to be a lawyer.

But he still fares better than any of his co-stars. Now nearly 50, Ice Cube has carved out a nice second career (really, more of a third or fourth) as an elder tough guy foil in comedies; he played wonderfully off Kevin Hart in the Ride Along movies and did his funniest work in the 21 Jump Street series.

But here, the Cube character is given nothing to work with. His character is given no background or backstory, and we’re given not a clue about his motivations. Why is this guy like this? Why is he so angry and rage-filled? We keep waiting for a humanizing moment that never arrives; it’s clear he only exists to give his counterpart a wannabe tough guy epiphany.

Meanwhile, Tracy Morgan and Jillian Bell have supporting roles in which they’re given painfully weak material; Bell’s space cadet energy doesn’t quite land when half her lines are about wanting to molest students. Meanwhile, Mad Men’s Christina Hendricks stops by, in an odious subplot that has her falsely believing that Day is a pedophile (but making no effort to notify authorities.) Joanna Garcia Swisher, as Day’s wife, is given little to do. Among the supporting cast, only Breaking Bad’s Dean Norris really distinguishes himself, as the principal.

But that’s not enough to detract from this movie’s loathsome, worldview. We keep expecting a voice of reason to emerge, to say, “Actually, it’s sort of screwed up for two adults, much less two teachers, to have a violent schoolyard fight in front of a whole school, and maybe they shouldn’t do it.” Instead, the movie roots for the fight. The film occasionally gestures half-heartedly towards caring about the state of the American educational system, but it isn’t really committed.

Steven Mnuchin, who happened to have been confirmed as the nation’s newest Treasury Secretary at the very moment I was watching the film, is listed as an executive producer of Fist Fight, as he is for several movies each year including last week’s LEGO Batman Movie. But Fist Fight is different in one way: During the closing credits, at the moment when Mnuchin’s name appears on screen, a horse appears, and shits directly the new secretary’s name. Unintentional, yes, but it’s one of the few pure laughs in the film.