Not Just for Geeks 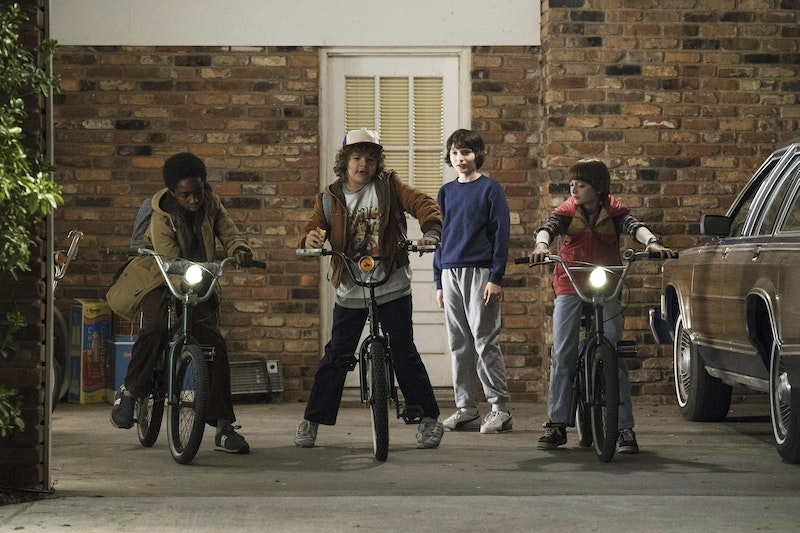 Pop culture loves boy geeks. Stranger Things is no different. The heroes at the center of the story are four D&D-playing nerds who love science-fair projects, get bullied, and avoid girls. They're awkward and goofy, but brave, kind and good of heart. The popular kids are jerks and bounders; the poorly dressed social failures are the good guys. So it was in The Breakfast Club, so it shall ever be.

I was a D&D-playing, occasionally bullied nerd myself, so I don't necessarily disapprove of pop culture nerd love. But as my son has gotten older, the pop culture insistence that the popular kids suck has started to grate a bit. Because my son? He's one of those popular kids.

My son's always made friends very easily; he's charming and outgoing. He's also remarkably self-confident. Middle school for me was a rough go; I had bad glasses, was gangly and uncomfortable with my changing body; I was shy and unsure and self-conscious. Not my son. He was cute as a small child, and he's gone right to handsome, bordering on heartbreaker. He's remarkably adept in just about any social setting. He likes to dance at parties. He's friends with lots of boys in his class, but is also comfortable talking to girls. He texts back and forth with a bewildering array of friends. I don't know when he'll start to date, but I'm pretty sure he will whenever he wants to.

This is not humble bragging. It's simply bragging. My son's a lovely, gracious, funny kid, and I'm his parent so I am proud, if also, given my own experiences, a bit flabbergasted. I’m pleased that social interactions are so easy for him; I'm pleased that people like him.

It does set you back a bit though when you watch teen comedies, because they tend to present the popular kids as jerks and bounders, self-impressed assholes who urge each other on to petty cruelties. Sometimes they can be redeemed by their love, or lust for a less socially validated peer (a la Sixteen Candles). But in general, social success is to be feared and mocked. The guys who get along with the girls? Don't trust them.

Again, that's how Stranger Things starts out too. One of the subplots of the series is a love triangle between high school brain Nancy Wheeler (Natalia Dyer), popular jerk Steve Harrington (Joe Keery), and moody social outcast Jonathan Byers (Charlie Heaton.) Steve and Nancy sleep together, but when Nancy's friend goes missing at the same party, Steve is mostly concerned about protecting his own back rather than helping to find her. Jonathan, on the other hand, wants to help, and he and Nancy join forces to confront monsters together, the way nerds and geeks always do.

Stranger Things, though, doesn't quite embrace the stereotypes. Jonathan has good qualities, but he's also difficult. Steve, for his part, really does care for Nancy; he feels like crap for having failed her, and offers a heartfelt apology, dumping some of his less pleasant friends in the process. Steve's popular and like most young people (or old people) he can be awful. But he's not a terrible person. Given the chance, he can fight monsters too.

Popular people don't suffer widespread discrimination. Quite the contrary; most people like popular kids, which is what "popular" means. Geek hero themes in fiction can make it a little too easy to buy into the clique logic of high school, and think that if you're in this slot you're virtuous, and if you're in that one you're bad. Everyone benefits from the acknowledgement that you can be a good person whether you can dance or not.