Film Review: Eighth Grade is a Cringey but Warm Look at Adolescence

A vlog is a performance, not true confession. B 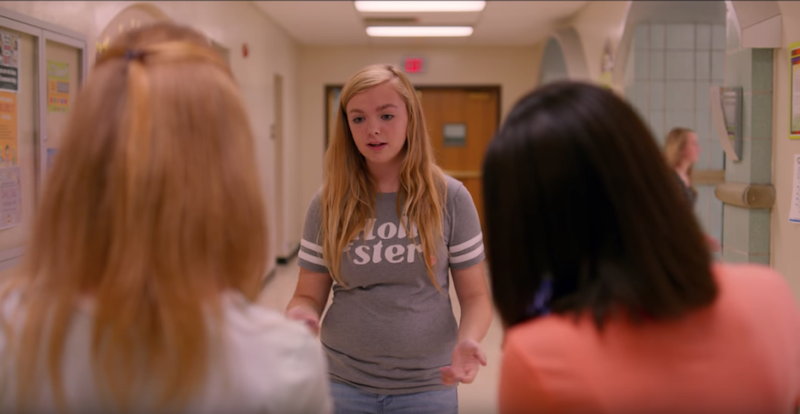 Stand-up comic and singer-songwriter Bo Burnham has now entered filmmaking with his directorial debut Eighth Grade. All the more unusually, a grown man writing and directing a movie about a pre-teen girl has worked out pretty well. Burnham was one of the first artists to gain fame through mastery of social media platforms such as the now-dead Vine, and now demonstrates an intelligent grasp of how kids use and work with their phones and the Internet.

Adolescence is a time in which young people craft their identity, and the web has allowed them to do this in a way unlike any generation before. As more filmmakers who grew up with the Internet gain traction in the field, we’ll be seeing better cinematic representations of the relationship between people and the net. The future is less technophobia and jokes about kids blandly looking at their phones, and more in the vein of this movie, which grasps that you’re not just looking at your phone, mom—this is a crucial part of your social experience. Whether that’s “good” or “bad” is immaterial; it’s simply how things are now. Eighth Grade explores this world without judgment and with a deep well of sympathy.

And sympathy is needed. One convention the film doesn’t challenge is that middle school isn’t fun for anyone, and lead character Kayla (Elsie Fisher) is having a particularly rough time during her final week of eighth grade. Chronically withdrawn at school, Kayla attempts to fake wisdom and confidence until she makes them through her YouTube channel, though her videos get few (if any) views. Various attempts at friendly interaction go awry, from attending a popular girl’s party to hanging out with a high school “mentor.” Her desperation over mounting fears of wasted years subtly but surely builds as the story moves along.

Eighth Grade’s strongest suit is stowing its themes and emotions in what people don’t say, and in the spaces in between what they do say. A main character with a vlog is an easy excuse to baldly state how she’s feeling and what the audience should be learning, but Burnham’s script understands that a vlog is a performance, not true confession. Kayla feels like an introverted teenager because there’s no big moment in which she spills out her pent-up emotions. The film spends so much of its time with her alone, often observing others from a physical or digital distance, and trusts that the viewer will get what she’s going through.

That trust rests on Fisher’s performance, and she does terrific work reacting with variant mixtures of embarrassment, awkwardness, eagerness, sincerity, guardedness, and guilelessness. Watching Kayla try to just fit in is a continual cringe that never steeps too far into being mean-spirited or sadistic. Eighth Grade is a good addition to the ranks of noteworthy films about childhood.