It doesn't add much to the existing addiction stories. C 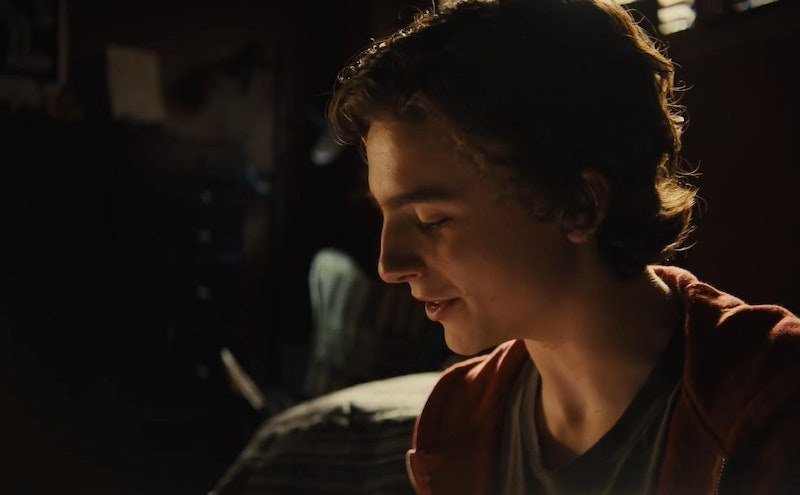 Beautiful Boy’s an often harrowing and heartbreaking tale of addiction, told the through the prism of a father unsure of how to help his addicted son, and it's anchored by two strong lead performances. But the film just keeps making points, and then underlining them, and adding exclamation points. It doesn't add much to the existing addiction stories, and turn towards the treacly and manipulative.

Beautiful Boy was directed and co-written by Felix Van Groeningen, the Danish filmmaker best known for The Broken Circle Breakdown. The film is impressive visually, and Steve Carell's sprawling Marin County house is the second-most impressive dwelling ever occupied by a Timothée Chalamet movie character, behind that beautiful villa from Call Me By Your Name.

Based on a combination of both the father's and the son's memoirs—which should give you a clue as to how the movie ends—Beautiful Boy tells the story of New York Times magazine writer David Sheff (Carell) and his son Nic Sheff (Chalamet.) Nic battled a severe drug addiction, mostly to meth, when he was college-aged, leading his father to try several different methods of help, whether it's rehab or tough love.

There're a lot of ups and downs, recovery and relapses, as the film pretty accurately conveys the worry and desperation that comes with having a loved one battling drug addiction. This makes the film naturally repetitive, but it also overuses certain motifs, while utilizing a structure of flashbacks and flash-forwards that’s supposed to be visceral, but is just confusing.

Chalamet is eerily convincing as the addicted Nic, getting to play lots of different modes of high, sober, desperate and sad. His performance is the best thing about the film, even though there's no moment between him and his father that's anywhere close to the level of that scene he had with Michael Stuhlbarg in Call Me By Your Name.

As for Carell, he's now several years into the sad-clown phase of his career, even after Foxcatcher was one of the great failed Oscar bait misfires of the last decade. He was a joy as Bobby Riggs in last year's underrated Battle of the Sexes, although that's been the exception of late. Carell's fine here, although it's another of those instances of a usually comedic actor switching to drama and dialing things so far down that his charisma goes away too.

As Carell's former and current wives, Maura Tierney and Amy Ryan aren't given nearly enough to do. Carell and Ryan had great chemistry when they played a couple in the later years of The Office, but this time, except for one scene, they're merely on the phone with each other. Though speaking of The Wire alums, Andre Royo (Bubbles!) shows up as Nic's AA sponsor.

Another strike against the film is that we're told a bit of information about Nic's recovery in a closing title, which makes us wonder, why isn't that in the movie? That, and the musical cues are terrible. We hear the titular John Lennon song, but the movie just about lost me with its Perry Como cover of "Sunrise/Sunset." We get it—he used to be a little kid! The endless close-ups of childhood photographs had already driven that particular point home, over and over again.

One note, to make sure you don't go see the wrong "Boy" movie: Beautiful Boy is not be confused with Boy Erased—another film that showed at most of the same fall festivals; that one's about gay conversation therapy.