A Star Is Born is Static, Way Too Long 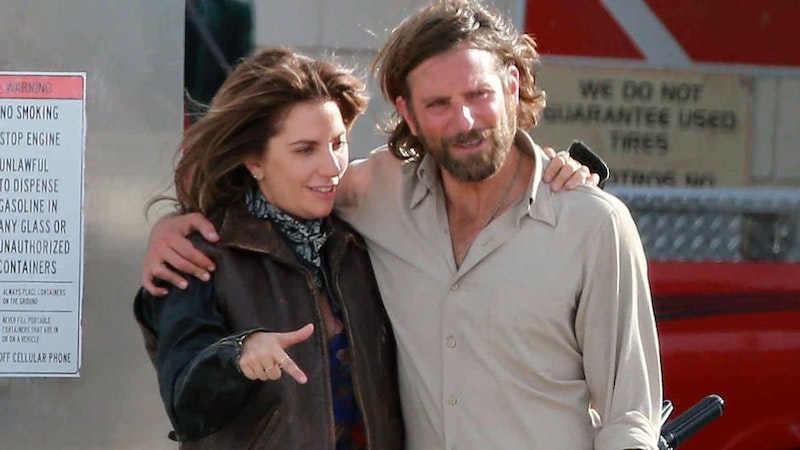 Corduroy hair, hungry nostrils. The profiles bulge toward each other, then hang; then they dock. Cigarette smoke, ambient party noises (laughing voice, glass clink), fuzz-edged glimpses of elbows and shoulders. Bradley Cooper’s voice creaks, dredging up soul like a rusty well. This work is never done, the voice not long silent. In between we hear Lady Gaga (“Don’t stawt”). The movie’s climax arrives. Cooper’s going to say he’s sorry. His face collapses into tears; it’s like watching the cliffs along Malibu when the rain comes. “I’m saw-ha-ha-reee,” he says. At any rate, an athletic reading. Cooper and Lady Gaga are going to get Oscars, one supposes. For that we spend two hours and 15 minutes trapped atop coffee tables in hotel rooms. We look up at Gaga and Cooper and they just stay there. We can’t go anyplace and they won’t go away. We’re their Oscar hostages.

The latest Star Is Born re-tells the one just-for-them story women can count on from our film industry. She rises, he falls; then he dies and goes away so he can be mourned. Most often women play that role in Hollywood. Every few decades a man does because Star gets made once more. In this case the man directed and co-wrote. As his demographic’s sacrificial lamb, Cooper makes the most of the trade-off available to him: while dying he’s going to thrash about. Gaga joins him. Most of this is in close-up, with everything else (room service food, bathtubs, drag queens’ faces) tilting into view and then disappearing, or else hanging about the screen’s margins as a fringe of visual exposition. Despite these crippling priorities, Cooper has given us an extremely well-made film. Now and then it jumps with the open-ended feel of too much reality, of reality coming in from blindside directions, that Hollywood found and lost during the 1970s. The restaurant kitchen scenes stand out.

The dialogue, like the acting, is naturalistic in the extreme, so disheveled that we’re down to the nub of what passes for language (Gaga, cream cheese all over her face: “You jealous fuck”). This simplicity does not forbid ritual. Some of the lines seem foreordained, whether they’ve been phrased by Moss Hart or by John Gregory Dunne and Joan Didion or by Bradley Cooper and some ampersands or by Lady Gaga and her acting coach (Gaga, urgently: “Next time you can clean up your own mess. You understand me?”). A soulful black man (Dave Chappelle) shows up mid-film: wife beaters, floppy flat cap. “That’s how it is for me,” he rumbles. “I like where I’m at.” Cooper gets mad at his brother (Sam Elliott): “You sold dad’s ranch. They turned it into a fucking wind farm!” All right, that one’s a ringer. But here Gaga lays it down to her manager (Rafi Gavron): “I don’t want to be fucking blonde. I am who I am. And I’m worried about Jack.” Jack, urgently: “If you don’t dig deep in your fucking soul, you won’t have legs.” I’m worried too.