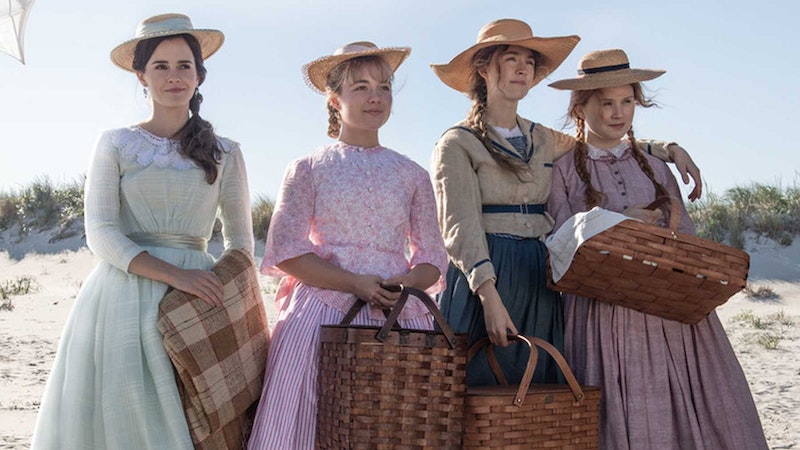 Sometime this year I read a tweet that more or less said, “Every day on Twitter the only goal is to never be the main character.” I don’t remember the exact phrasing, and searches for the original have been fruitless, but there are echoes of its existence. Who is preserving the best tweets? Twitter is the only social media platform that created its own art form, and before the decade ends, shouldn’t we back some of them up? Or will it be the Library of Alexandria? Who’s work will be left in 100 years? @dril deserves posterity as a poet, but going into the 2020s I think it’s important to reconsider what we find disposable and vice versa. A tweet is as legitimate a form of poetry as haiku. Is anyone backing theirs up? I’m not, but I’m not a great Twitter artist like @KattWillFerrell, or my brother @biker_smooth, or the incomparable @whorevidal. They should preserve their tweets.

I read Louisa May Alcott’s Little Women in middle school and didn’t like it—but truthfully I barely remember anything about it. I’ve seen just one of the seven film adaptations, the one with Katharine Hepburn from the 1930s, and it was dull and inert like every George Cukor movie I’ve seen. Greta Gerwig’s new adaptation fares just as well: the all-star ensemble cast, cinematography, production design, music, and wardrobe are all great, but I don’t find this story interesting or remarkable. Little Women is middle-of-the-road to me, but I respect its intentions and wish it success. Many are swooning—on second viewing, Matt-Zoller Seitz called it a “classic film”—and it’s easy to see why. If this world and these people resonate with you, it’s enough to spend more than two hours with them. To the same point, I understand why people felt let down or even confused or upset after seeing Once Upon a Time in Hollywood, another hangout movie whose conclusion is either well known or obvious. Gerwig’s film offers an immersive world over plot beats.

This is the one of the most popular reviews of Little Women on Letterboxd: “i cried in the bathroom afterwards. the ending isn’t sad, not at all, but it’s just so overwhelming that movies like this exist, where every element fits so perfectly that it feels like an act of witchcraft. and maybe i’m being dramatic and hyperbolic but fuck, there are few movies that make me feel like this.”

How am I supposed to criticize this movie? Little Women is a great film for families to see over the holidays, more than anything else in general release. It’s a well-done adaptation of a novel I don’t like with a cast I do. It didn’t hit me, but like I said, its virtues are clear. I’d rather defend Janet Maslin, who unfortunately became the main character on Twitter last weekend with this: “The ‘Little Women’ problem with men is very real.  I don’t say that lightly and am very alarmed. In the past day have been told by 3 male friends who usually trust me that they either refuse to see it or probably won’t have time. Despite my saying it’s tied for #1 of 2019.”

Two swarms of culture vultures came after her: the predictable idiots who demanded Maslin see American Sniper first, and people closer to my age dogpiling on a critic they saw as out of touch, hectoring, and compromised merely by being established. I wonder if these same people have seen her defend Eyes Wide Shut against myopic dismissals by David Denby and Charlie Rose (who probably didn't want to lose his invite to the next soirée); or that she wrote Rainer Werner Fassbinder’s obituary for The New York Times in 1982. Maslin is not Clara Jefries or Neera Tanden, but on Twitter, it all dissolves into avatars. Almost a week later, Maslin is still responding to irate, sarcastic, and hostile people that wouldn’t have wanted to see Little Women in the first place. Now they’re “refusing” to see it—come on. The idea of a cinema divided by gender is half-a-century out of date, and Gerwig’s film will appeal to people who see themselves, relatives, or their friends in these characters. Seeing Little Women isn’t a political act, it’s just not for everyone. Nothing is.