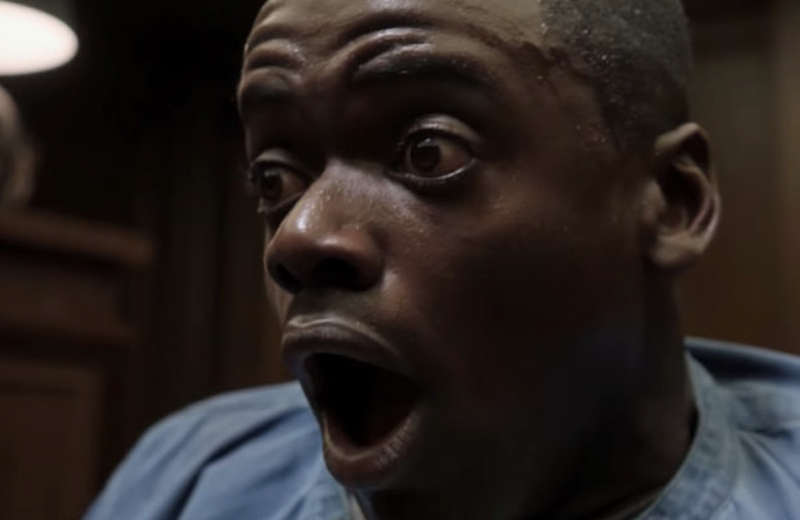 A classic headline: “Critic Armond White Ruins Perfect ‘Get Out’ Rotten Tomatoes Score.” I couldn’t stop laughing when I read it yesterday, walking home in the rain seriously hysterical, doing my best to keep it in as people passed. Armond White is terrific, but I couldn’t disagree more with his assessment of Jordan Peele’s Get Out in National Review. Seeing it this past weekend in a packed matinee was probably one of the best theatergoing experiences I’ve had in years. Multiple applause breaks, cheering, people in the crowd cracking jokes, laughing, and total silence when it was tense. Peele had the crowd in the palm of his hand and he wasn’t even there—he conducted in cinemas all over America last weekend. This is why I love movies! Get Out is not a polemic at all, it’s just a very fun movie, “inclusive” as Peele put it to The New York Times recently: “That’s the power of story and genre. You can ask a white person to see the world through the eyes of a black person for an hour and a half.”

I was psyched that Get Out had a 100 percent rating on Rotten Tomatoes. But Armond White is here to fuck you up. White remains the most quixotic and unpredictable film critic in the country. Here’s White slagging off one of the best jokes in the movie: “Rose informs Chris that her parents (Bradley Whitford and Catherine Keener) ‘would have voted for Obama a third time if they could.’ Any audience who laughs at that is either scornful or regretful, so why the applause at the murderous finale?”

What? It’s a great line at the expense of the girl and her parents, overly sensitive and extremely uncomfortable whenever the topic of race is introduced. The laughter at that line was mild compared to the rest of the movie—Get Out is an instant classic, an extraordinarily well-crafted horror movie more than any grand comment on race relations. That’s just the hook. Maybe it’ll seem dated when the moment has passed but we can’t quite shake the topic here in America. Who knows if the hype for Get Out over the weekend caused or came after the 100 percent rating, but anyone pissed or aggrieved in any way at Armond White for “ruining” that rare mark needs to get their head checked. White delights in defying expectations—a gay black man writing for National Review, fawning over Eddie Murphy’s later work: “The Klumps, Norbit, Meet Dave, A Thousand Words that are so personal and ingenious, they transcend racial categorization.” (White was a New York Press critic for many years.) His dismissal of Get Out as “the recrudescence of Obama-era unconsciousness” is totally off—this movie is alive in every way, but inarguably light, and any white person made insecure watching it need not don a red cap to know that yes, the movie is about them. “Reducing racial politics to trite horror-comedy, it’s an Obama movie for Tarantino fans.” I think people just want to have fun. It’s not for Obamaites or Tarantino teens, but everyone, and it’s a blast, invigorating escapism. So is Armond White’s criticism. I’m grateful for both.