The catastrophic failure of Married At First Sight’s social experiment. 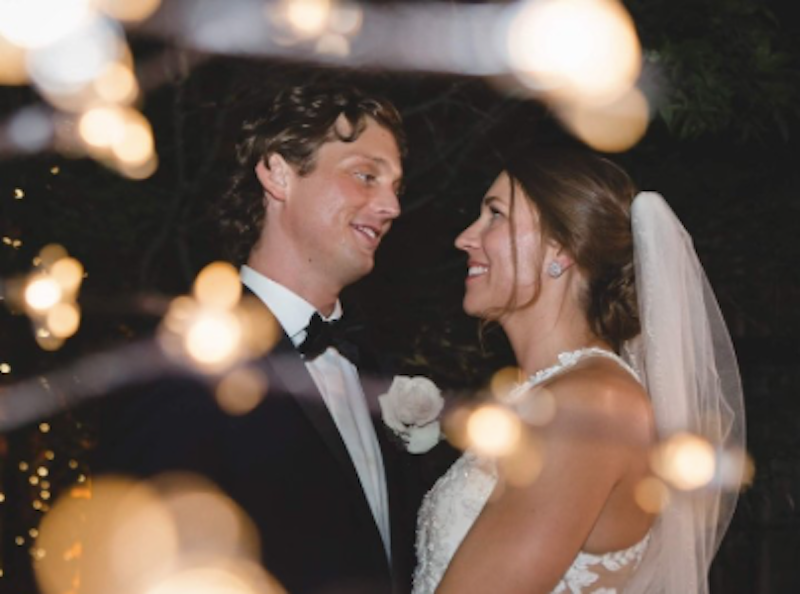 Obviously, even this 27.6 percent success rate is inflated by the couples that still remain together from the most recent seasons, as the number of couples opting for a divorce can only increase over time, and the likelihood that another of Married At First Sight’s “successful” marriages will reach an unfortunate end increases with each passing day. After all, of the Married At First Sight couples that were matched during the show’s first four seasons, only one couple remains together, which means the show’s matchmaking failure rate exceeds 91 percent for the only 12 couples that could conceivably have remained together for a stretch of four years or longer at this point.

Yet, none of this has prevented the show from proudly promoting the existence of four “Married At First Sight babies” who’ve been born to couples that are still in relationships. Predictably, the show has cited these births as evidence of the show’s success, but the tenuous nature of the average Married At First Sight marriage portends the likelihood that more than one of these babies may have been born just in time to grow up in a broken home. A study by the American Psychological Association demonstrated how the birth of a first child commonly leads to the deterioration of the relationships of most married couples over an eight-year period, and I’m guessing none of the couples involved in this study happened to meet for the very first time at the altar.

If you rewatch and dissect the very first matchmaking episode of the Married At First Sight series from 2014, the cracks in the framework of the social experiment were visible from the outset, as the statistical justification for allowing four “experts” to arrange three marriages based on scientific methods was faulty and omissive of key details.

Straight out of the gate, Dr. Joseph Cilona stated how “Divorce rates of self-chosen marriages exceed 50 or 60 percent,” while following with the clumsily phrased fact that “Divorce rates in arranged marriages hover around four percent or even as low as 1.1 percent.”

Cilona recites these statistics as if the cultural systems within which these arranged marriages transpire are of little consequence. Sadly, statistics for arranged marriage include a sizable percentage of the 12 million child marriages that occur each year, many of which materialize in countries where honor killings of girls who fail to accede to the wedding demands are still legal.

After gathering together individuals from an open casting call for people who had “failed at love” and who thought they were auditioning for roles on a dating show, Executive Producer Sam Dean dropped the bombshell on them that they were going to have to get legally married to another person, sight unseen. At that point in the presentation, several of the would-be participants wisely chose to exit the room.

From there, the small pool of 50 people who agreed to stay were submitted to a rigorous battery of tests based on the rigid “scientific methods” utilized by the panel, answering questions like “Which guy do you think is most attractive on a scale of 1-5?” and being subjected to an expert interview. After weeding out people who were particularly problematic, the herd was thinned to only 18 candidates—eight men and 10 women—who were even deemed sufficiently competent enough to be matched in a relationship with another person.

Interestingly enough, the season-one matchmakers disqualified a woman named Angelica from marital candidacy on the basis that she was a virgin. By season nine, the experts no longer had any compunctions about marrying off virgins, and assigned unabashed virgin Iris to the handsome Keith, who seemed altogether uncertain about how to handle a wife who openly drew the lion’s share of her identity and a great deal of self importance from remaining a virgin even after being wed. Iris refused to consummate the marriage, and steered any discussions relevant to the eventual consummation of the marriage into inescapably awkwardness. To the surprise of few viewers, Keith dissolved the marriage after eight weeks.

Iris and Keith, like 40 other hopeful individuals who have partaken in failed marriages bequeathed to them by the experts of Married At First Sight, were forced to return to the open dating market with a genuine divorce on their resumes, just like the rest of the 40-plus percent of couples whose first marriages ended in divorce. In this sense, Married At First Sight fast-tracks the progression of the majority of the show’s participants into the category of first-time divorcées.

Consequently, if any of these 42 individuals opts for a second marriage, their divorcée status statistically elevates the likelihood that they will end up divorced again, since 60 percent of second marriages also end in divorce.

From this statistical standpoint, it could even be argued at this stage that Married At First Sight is doing far more harm than good to relationships. By somewhat artificially saddling individuals with divorces who might otherwise have remained single, Married At First Sight arguably increases the potential for future divorce and heartbreak to be experienced by the majority of the show’s participants. Moreover, having the intricacies of their failed marriages permanently available to be replayed and scrutinized by whichever potential relationship prospects they cross paths with in the future certainly does them no favors.

In fact, the entire experimental nature of Married At First Sight flouts research findings derived from multiple sources. Penn State University’s PAIR Project found that couples who date for a little more than two years prior to marriage were the most happily married couples, while those couples who were quicker to marry were more likely to divorce. In addition, an Emory University study of 3000 couples found that those who dated for three or more years before getting married were 39 percent less likely to get divorced than those that dated for less than a year.

Is it any wonder that couples who dated for less than a minute before tying the knot are proving to have the worst success rate of all? Yet, 65,000 Washington, D.C. residents turned out for the latest casting call for season 10 of Married At First Sight, having full knowledge of what they were signing up for. For some people, love’s apparently worth every risk, even if the risk involves subjecting yourself to an experiment that failed before it even began.