I would've rather watched The Burnt Orange Heresy set in 1970s Florida, not Italy. B- 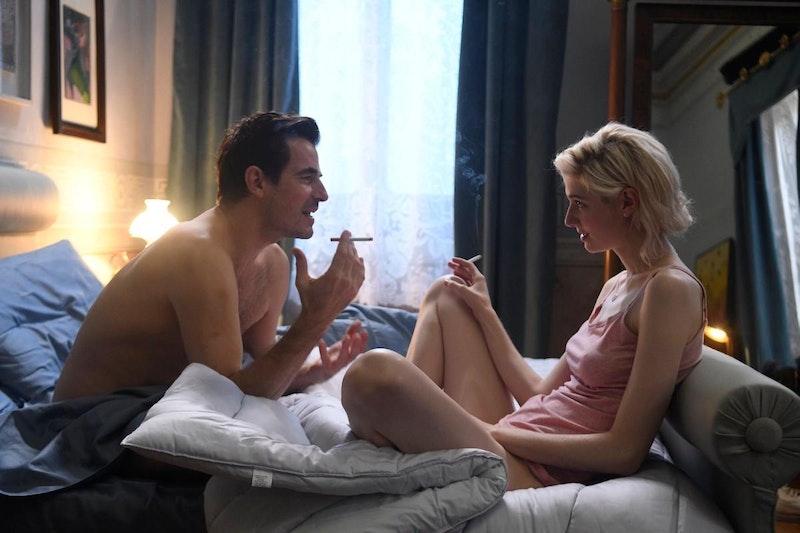 A spate of films in recent years has attempted to take a sexy look at the high-end art world. There was Abbas Kiarostami's brilliant Certified Copy, in 2011. There was also the bizarre Netflix film Velvet Buzzsaw, from 2019, and The Square, two years before that, in which Swedish director Ruben Ostland explored the goings-on of a Stockholm art gallery.

In the new film, The Burnt Orange Heresy, director Giuseppe Capotondi (The Double Hour) has set the action in Italy, like in Certified Copy, and has also borrowed Claes Bang, the Danish leading man of The Square, although this time the American woman he's entangled with is played by Elizabeth Debicki, rather than Elisabeth Moss.

The Burnt Orange Heresy is a few different movies at once, none of them altogether successful. It's simultaneously a sexy thriller, a caper movie, and a satire of the art world. All of what it’s trying to do have been better achieved by other, recent movies. This one, at least, has Mick Jagger in it.

Bang plays James, an international art critic who’s also a bullshit artist; he's introduced giving a lecture in Italy that soon draws American teacher Berenice (Debicki) to his bed, and to his schemes as well.

They're invited by a wealthy art collector (played by Jagger in his first movie role since The Man From Elysian Fields nearly 20 years ago.) The Jagger character wants the two to pull off a caper in which they steal a rare painting created by a Salinger-like reclusive artist (Donald Sutherland), in the guise of an interview by James.

The actors are all engaging, and the chemistry between Bang and Debicki is crackling, and not only in the bedroom scenes. Jagger’s also having a great time, while Sutherland shines in his most substantial role in awhile. On the other hand, the plot runs out of steam, and it's one of those plots that gets less interesting the longer it goes. The Burnt Orange Heresy doesn't have much to say about art, whether the paintings themselves or the business and culture attached to them, that's interesting or original.

The Burnt Orange Heresy was released briefly in theaters back in March, before the pandemic shut everything down. Sony Classics then tried again in August, giving the film a theatrical release the first week of the month, in whatever theaters are open; the film is also set for release August 25 on VOD, as well as on DVD and Blu-ray.

The film was adapted from a novel by Charles Willeford, which was published in 1971 and set in Florida, rather than Italy. I might’ve rather watched a version of this story set in 1970s Florida.