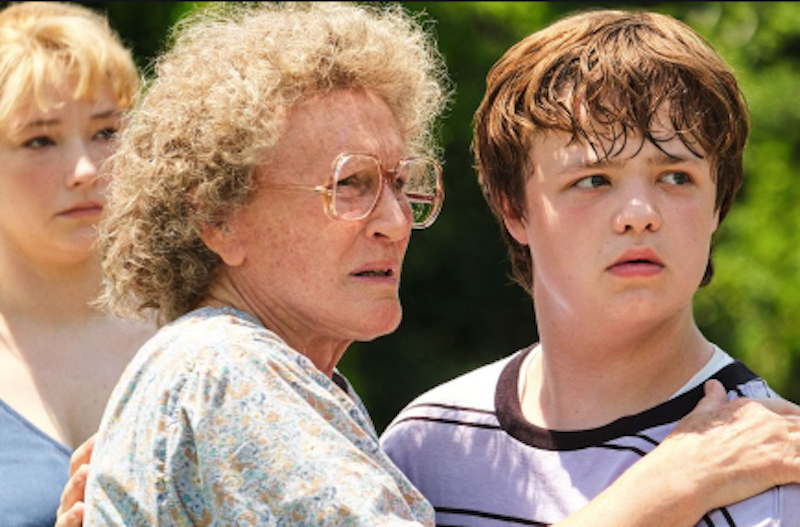 By the time Ron Howard's screen adaptation of J.D. Vance's memoir, Hillbilly Elegy, made it to Netflix, I knew that critics would’ve gotten as much pleasure out of attending a Trump rally as viewing this film. Progressives have rejected Vance's conservative ethos of taking personal responsibility for one's life, which colored the critical reaction to the film. I felt confident that I'd rate Howard's work higher than the critical consensus, but couldn't have been more mistaken.

Conservative intellectuals are much more receptive to Vance's book. One of them, Rod Dreher, a senior editor at The American Conservative, said that it “does for poor white people what Ta-Nehisi Coates's book did for poor black people: give them voice and presence in the public square.” Vance's story of escaping the hillbilly life through determination and ending up with a lucrative Silicon Valley career appeals to the conservative imagination. Vance blames Appalachian culture for the area's misery, which liberals argue is what Republicans do when they talk about welfare queens in relation to urban black people.

Ron Howard, however, has no interest in exploring Vance's controversial political and sociological theorizing. You can't float those ideas in Hollywood, so the director ignores them, choosing instead to churn out a tiresome, paint-by-numbers melodrama about a boy who overcomes a childhood milieu of poverty, child abuse, and drug addiction and scraps his way into Yale Law School. Early on in the film, Howard briefly explores the "hillbilly code," but generally he provides little evidence that this story of triumph over adversity is particularly connected to Appalachian culture. In fact, he almost entirely ignores the early part of Vance's book—the part that takes place in actual hillbilly country, in the Kentucky hollers—skipping ahead to Ohio, where the Vance family fled to as economic refugees.

On paper, Hillbilly Elegy looks promising. Howard behind the camera, teaming up with the finest actress of her generation, Amy Adams (as Beverly, J.D.'s troubled mother) and Glenn Close, who plays J.D.'s hard-as-nails but loving grandmother—"Mamaw" as she's called in hillbilly dialect. Just as making a "white savior" movie along the lines of The Green Book is a plan for a Best Picture nomination, actors yearning for an Oscar gravitate to roles allowing them to radically alter their appearance, a là Charlize Theron in Monster. Both Adams and Close do this, but their performances lag behind their physical transformations. Adams gained significant weight and has a trashy haircut, but unlike her past roles you can see her "working" in this one. Her "caps lock" performance would’ve benefited from restraint.

The book's most interesting character is larger-than-life Mamaw, a foul-mouthed country woman capable of both shocking violence and touching displays of tenderness towards her grandchildren. Close scurries around in a fright wig and oversized sweatshirt while dispensing homespun wisdom ("I don’t care if you hate me, I ain’t in it for popularity"), but she doesn't have enough material to work with to overcome that hair and outfit. Close's actual performance is easy to forget. The viewer's left with little more than a memory of her "Walmart shopper" look, but her Best Actress nomination is just about a sure thing.

Basso's J.D. is a bland and uninspiring character, despite his accomplishments, and Papaw (his grandfather, Mamaw's husband, played by Bo Hopkins) is an afterthought in the film. We're left with Close and Adams doing some capital "A" acting, and a heavy-handed script that spells everything out. For example, the narrator tells us that if a hillbilly can't win a fight, then their family will do the job for them. But there's a scene specifically designed to depict that aspect of the culture (a young J.D. gets beaten up and his family avenges him) so the added narration is redundant and annoying. And, years later, when country bumpkin J.D. is thrown into a panic when he's offered a choice of Chardonnay or Sauvignon Blanc at an important Yale party, he calls his girlfriend, who earnestly tells him to always pick the driest one, as if picking the "incorrect" wine in front of a potential future employer would mean anything. But then Howard compounds his error by showing us J.D. getting confused by the selection of forks surrounding his formal place setting at dinner. How many times have you seen that cliché used to make the very same point?

Vanessa Taylor’s screenplay needed at least a couple more drafts to rescue the film from banality. The first half of Hillbilly Elegy is cluttered with flashbacks intended to provide exposition for the second half, but it's a tedious exercise, as if someone's trying to tell a complicated story by flipping quickly through a photo album and adding a few words. Ron Howard's a painfully earnest director who wants us to sympathize with his characters, but he has no feel for his subject matter. Debra Granik (Winter's Bone) would’ve been an upgrade.

When, at the end, Howard uses home movie clips from the Vance family to show us how much his movie characters resemble the real-life characters, you want to groan. And then the director informs us that Beverly has been sober for six years, announcing with a bullhorn that we've just watched the kind of inspirational, mass-market piece that Hollywood loves.

Some mini-series are flabby and would’ve worked better as feature films, but this is the opposite. Howard’s trying to squeeze too many stories into two hours, and he ends up failing with all of them. And for a film that's supposed to make us feel good about human perseverance in the face of adversity, Hillbilly Elegy lacks an essential quality—"heart."