Hollywood wants characters that appeal to a diverse audience, and exploit its trove of valuable trademarks. 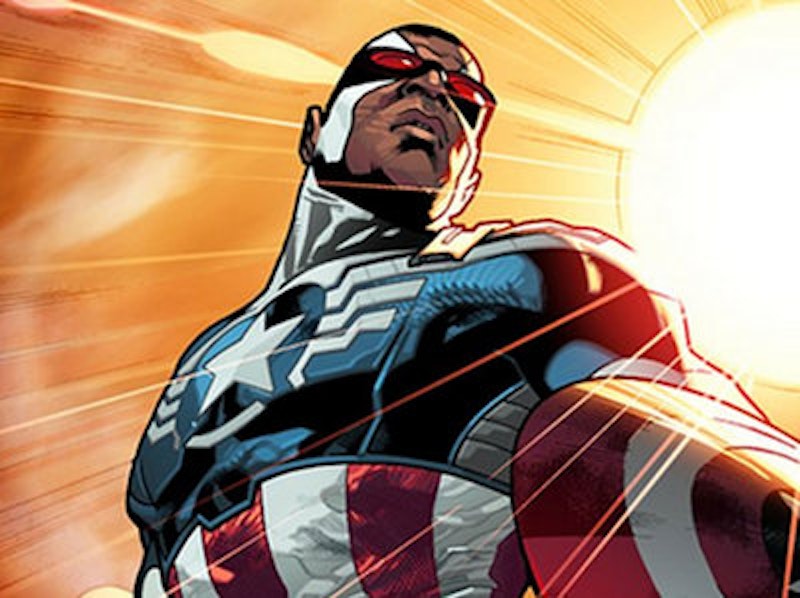 Why do we need an all-female Ghostbusters team? For that matter, why do we need a black James Bond, or even a female one—a “Jane Bond”—as some have demanded?

The answer, obviously, is “we” don’t, not if the “we” in question are WASPy males—a misdemeanor offense to which I plead guilty. The people who need female Ghostbusters, black James Bonds, and the like, we’re told repeatedly, are little girls and non-white children, who need to see themselves represented in the popular culture and who need aspirational figures.

Reflexive, WASPy sarcasm aside, there’s a lot to be said for that. African-Americans and other minorities—Asian Americans especially, although they rarely come up in such discussions—are often underrepresented in American popular entertainment. But we don’t seem to be quite as short of aspirational, heroic female characters, at least not since the young adult dystopia became all the rage with the advent of The Hunger Games, its bow-wielding heroine Katniss Everdeen, and a glut of imitators.

For the sake of argument, however, assume we need more kick-ass female role models, too. Is repurposing characters originally envisioned as white men the best way to get them? The discussion is less about diversity of fictional characters than it is diversity of existing trademarks. That may sit fine with the conglomerates that own those trademarks—seemingly in perpetuity, given how good a job lobbyists have done of convincing Congress nothing should ever again fall into the public domain. But it shouldn’t sit well with those seeking greater and better representation on the screen.

Nowhere is that more obvious than in the ghetto of superhero comics—currently the humble source of all our biggest movies. Marvel and DC Comics haven’t midwifed any truly compelling characters since the 1970s. They’re now strictly in the business of curating decades-old trademarks that can be dusted off and loaned out to other, more profitable, and vastly more popular mediums. There’s a reason for that diminished ingenuity. Writers and artists have little incentive to create new and potentially valuable intellectual property for Marvel and DC. They’d much rather, like Mark Millar (Kingsmen, Kick Ass) and Robert Kirkman (The Walking Dead), keep their creations—and their multimedia rights—all to themselves. That leaves Marvel and DC to give their declining readership, as well as their corporate parents, the illusion of novelty: superficial tinkering with the same old superheroes.

So, Thor is now a white woman. Captain America—one of them, anyway—is a black male. The Hulk’s puny human alter ego is Asian-American. And, as recently announced, Tony Stark is about to hand over his Iron Man armor to a teenage African-American girl. It’s diversity by way of hand-me-downs. The characters are more racially, ethnically, and religiously diverse than ever. There are more major female characters. But they aren’t allowed to stand on their own. Instead, they occupy identities generally associated with white males.

Many fans of those white, male characters are not amused. And they have a point. If you like Tony Stark and want to read about him—especially now that he’s one of the most recognizable fictional characters in the world—you probably don’t want anyone else in the Iron Man suit, regardless of that character’s race, gender, or age.

But with comic book creators not wanting to imagine wholly original superheroes only for Marvel and DC to claim ownership, and with Marvel and DC nevertheless desperate for new characters that might reach new, historically underserved audiences, it becomes a zero-sum game. The only solution is for Marvel and DC to reimagine the characters they already own. Thus a female Thor, a black Captain America, an Asian Hulk, and so on.

The major Hollywood movie studios face a similar problem, although it’s nowhere near as acute as in comic book publishing, which is such a cottage industry these days every cultural ripple might as well be a tsunami. The same economic uncertainty that drives Hollywood studios into the warm embrace of remakes and sequels—a comfort zone of franchises with built-in audiences and name recognition—results in things like the latest Ghostbusters’ gender-swapped cast and calls to cast a black actor as the next James Bond. If Hollywood can’t give audiences originality, then the same old, same old must change.

Better to re-tool an established franchise than take a chance on an unknown quantity, although re-tooling has its risks, too. The new Ghostbusters debuted to North American box office returns just on the plus side of middling, then sailed off the edge in its second weekend. Meanwhile, audiences are getting little in the way of new, original characters who, from their inception, reflect America’s increasing diversity. And the geek-centered arguments over the race of James Bond and the gender of the Ghostbusters only divert attention from that.

Yet it’s no surprise. Recasting the Ghostbusters is easy. Coming up with new characters and concepts is hard. And actually finding, cultivating, and hiring diverse writers and directors who might be more willing and able to create those characters is real work. Plus, women and minorities have learned from the mistakes of all those work-for-hire white males who created but didn’t own Superman, Captain America, and the rest. They want to own what they create, rather than handing their characters over to the movie studios lock, stock, and barrel. It’s no wonder most of those young action heroines exploding onto the screen the past several years originated in young adult novels, where their creators retain ownership. No one is just going to hand over Katniss Everdeen for tribute.

So, with no easy answers, the diversification of existing trademarks will continue, no matter how many fanboys it upsets and no matter how cynical and hollow diversity by hand-me-down is. Audiences deserve better.