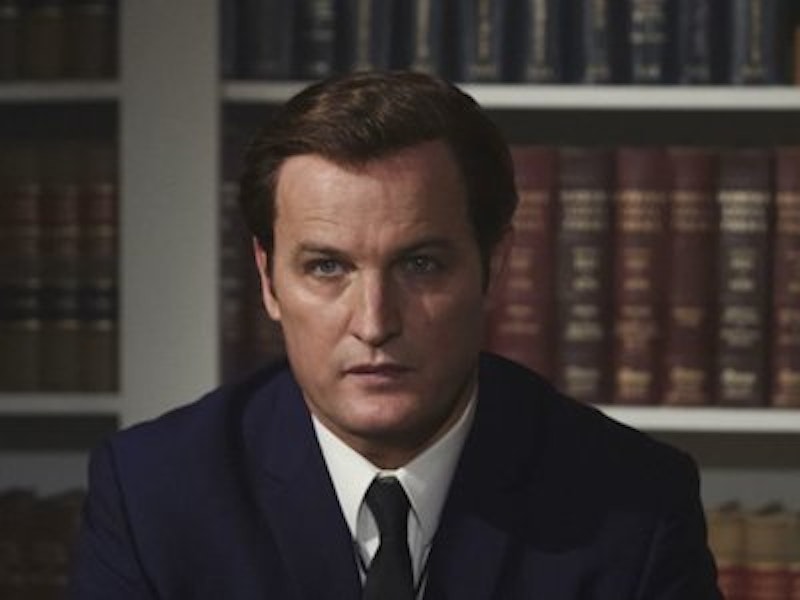 Chappaquidick is one of the best horror movies of 2018.

Revisiting a 1969 scandal involving Sen. Ted Kennedy, the film’s been described as a political drama or police procedural. But Chappaquidick is a horror movie. It’s about a man who makes a deal with the devil.

Late on the night of July 18, 1969, Ted Kennedy, after leaving a party, swerved off a small wooden bridge on Chappaquiddick Island on the east end of Martha’s Vineyard and crashed into the water. Trapped inside the Delta 88 was 28-year-old Mary Jo Kopechne (Kate Mara), a secretary for the late Robert F. Kennedy. Kopechne drowned, Kennedy went back to his hotel before reporting the accident 10 hours later, and the ensuing fallout cost the Senator any chance at the presidency.

In Chappaquiddick Kennedy’s played by Australian actor Jason Clarke, who deserves an Oscar nomination. He plays Kennedy as a pliant son whose ambition and sense of duty to his famous family is rattled by the accident, but who ultimately doesn’t have the strength to defy his father, Joseph Kennedy. Confined to a wheelchair and played with macabre malevolence by Bruce Dern, Kennedy pere utters one word when he hears about Teddy’s accident: “Alibi.” When heard over the phone, Joe’s voice rattles and wheezes like Darth Vadar (although Vadar sounds more human).

In the immediate aftermath of the accident, Sen. Kennedy senses that the tragedy might also offer a way out of politics and the expectations of his family. In an early scene, Kennedy has a conversation with Kopechne in which she expresses fatigue with politics, especially after the death of Robert Kennedy. Maybe it’s time to pull back and do something else, she suggests. Washington isn’t the real world.

Slipping back to his role as the great liberal hope of the late-1960s, Kennedy starts making up fake doctor’s reports about the accident and slipping into a preppy pair of chinos to keep up appearances at brunch. He’s become a quieter, pudgier Patrick Bateman from American Psycho.

Steadily directed by John Curran and edited and paced beautifully, the tone of Chappaquiddick is understatement. Yet it’s unmistakably a horror movie, whether intentional or not. The summer beach setting, replete with sexy parties at the Martha’s Vineyard cottage (and featuring the fetching former RFK campaign workers known as the Boiler Room Girls) recalls Friday the 13th and other slasher classics. The depiction of Kopechne gasping for air in the space between the water and the roof of the submerged car as she screams and tries to draw breath (it took her hours to drown) is like a Saw outtake, even if it’s milder than that relentlessly sadistic franchise. Despite a sunny summer setting, Chappaquiddick mostly takes place indoors or at night. There are deep inky shadows, sounds of night creatures, and a killer who becomes more dangerous and cold blooded as the film unspools.

Chappaquiddick was written by Taylor Allen and Andrew Logan, who keep things simple, trusting the actors to bring shading to the characters. One of the most effective themes in the film is the juxtaposition of Kennedy’s tortured soul with the 1969 moon landing, which was taking place the same time as the disaster in Massachusetts. Director Curran cuts from a shots of the moon, a celestial dream that conjures thoughts of the angels, with that same orb watching silently over the tidal channel where Kopechne died. While America was rising with the astronauts, Kennedy was trapped in a foul-smelling bog and inside his own slowly decomposing soul.

In The Exorcist, William Peter Blatty's 1971 horror classic about demonic possession, there’s a section that was so important to the story that it caused a rift between Blatty and director William Friedkin when it was left out of the film. Near the end of the book, Father Lankester Merrin, an older priest, is explaining evil to Father Damien Karras, a young Georgetown Jesuit. The demon’s target, Fr. Merrin says, is not the innocent girl he takes over. The target “is us.” He continues: “I think the point is to make us despair, to reject our own humanity, Damien, to see ourselves as ultimately bestial; as ultimately vile and putrescent; without dignity; unworthy.”

Fr. Merrin then explains that the devil is not so much in wars or on great geopolitical dramas, but in the small, quotidian cruelties, “in the senseless, petty snipes; the misunderstandings; the cruel and cutting word that leaps unbidden to the tongue between friends, between lovers.” Enough of these, he says, and “we don’t need Satan to manage our wars.” The demon, as Fr. Merrin notes, “knows where to strike.” These days it’s mostly on Twitter.

By the end of Chappaquiddick, Kennedy’s taken over by his demon. Fully regaining his lust for status after his early attack of conscience, the Senator taunts his cousin Joe Gargan, sarcastically calling him “Ol’ Joe” and repeating that even if it’s a dead girl in a car, “Ol’ Joe will fix it.” He then mocks Gargan as nothing more than a cue-card holder for Kennedy, who’s an important leader. It’s not smoke and fire and the horns of Satan, but something more powerful—the quiet humiliation of another human being.

Teddy, now converted to the dark side, tells Joe that everybody has negative traits. Even Moses had a temper, he offers. “That’s true,” Joe replies, “but Moses didn’t leave a dead girl at the bottom of the Red Sea.”