Cast the Players Aside

Ready Player One proves that Steven Spielberg is a digital prophet. 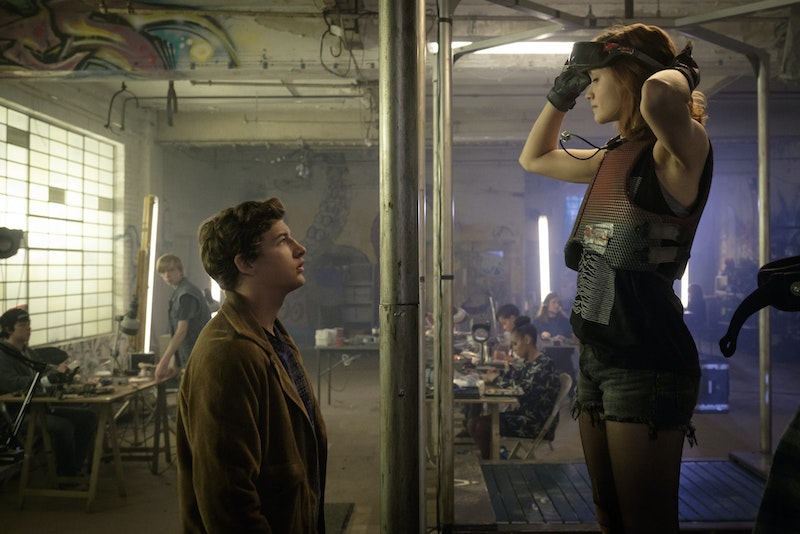 Steven Spielberg's beautiful, gaudy Ready Player One tells you that the future is a nightmare of our own making, a tech-based neo-feudalism we have to fight against. He shows how our digital democracy makes us escapist addicts and how we’ll make this curse worse for our children. A generation of orphans is coming and that's where he looks for heroes. I'm happy to say, it's a hit! It made $53 million in America over a four-day weekend and another $120 million in the rest of the world.

This is the first blockbuster that addresses the digital generation’s problems. Adults might escape from a dreary real life into the virtual realm, but kids cannot—they're born there. So what are we going to do about it? If we don't want to collapse, we need a form of selective nostalgia to educate us. Ready Player One creates a mythical Founder who is a stand-in for a bunch of the tech founders of the 1980s. Played by Oscar winner Mark Rylance, this doomed man is more pathetic than tragic. He didn't understand people and people didn't understand him. Nevertheless, his ambition to deliver the world from suffering created the prison of virtual reality. Now, our young heroes have to deal with it.

This Founder's last will and testament is his autobiography. He offers selective nostalgia to every kid with ambition. He gives them a look at the 1980s, which was supposed to teach them how to make a future for themselves. The founding ambition and the foundational flaws both have to be understood, but in an element of fun that reaches dangerously close to worship. Why? Because there’s so much misery in our lives that this is the only way we can reach the exalted attitude needed to make things better. Something has to indulge the exaggerated hopes of kids who’ve been disappointed so often.

You have to look away from the DeLorean from Back to the Future and Mecha Godzilla, the T-Rex and King Kong, and all the other pop culture trifles. Instead, look to the symbolism everyone ignores: it's all military aristocracy. American kids yearn to be heroes. That's only possible for them in pop culture, so that's why they worship the trifles. Protagonist Wade Watts says his dad even named him to resemble a comic-book superhero. He's the same, so he chose his own digital name for Percival, the lone knight questing for the Grail.

His girlfriend chose the digital name Artemis—the virgin goddess of the hunt. She eventually decides love beats looking cool, so that leaves the name to connote war. The Japanese and Chinese kids' names go unexplained, but their look is entirely about military aristocracy, both ancient and hyper-modern. Finally, the black kid, the only one with mechanical skills, creates war robots in the virtual world. He stands for the American working classes. He recalls the great power of manufacturing. Here, the symbolism suggests American kids want hard work to go together with love of war.

Ready Player One is a hit and might make a star of young Tye Sheridan, who was great in Jeff Nichols' Mud. It deserves its success because it encourages kids to see the heroic possibilities of digital democracy and it tells them to fight neo-feudalism. Those of us old enough to remember the Internet are shocked to see it reduced to the feudalism of four or five massive tech corporations, but what can we do? We have to embrace the heroic aspect of feudalism to fight off its other, oligarchic aspects.

So the third act is the mythic/virtual rendering of this fight. It shows kids that they need real world democratic revolution as the same time as they need to organize in the virtual world to allow the greatest among them to rise to positions of prominence and lead the new generation. Equality and talent can work together to take down miserable corporations that treat people like animals.

Spielberg is turning prophet. Well, this is already happening, online gamers revolting against unjust rules set by game-makers who want to exploit kids. What's more, the players are getting the changes they want and deserve as dignified human beings. Ready Player One is the most all-American thing in theaters in a while and it's timely at the same time as it's counter-cultural.