Carbon Copies All the Way Down

Wonder Park lifts a lot from Pixar's Inside Out. B- 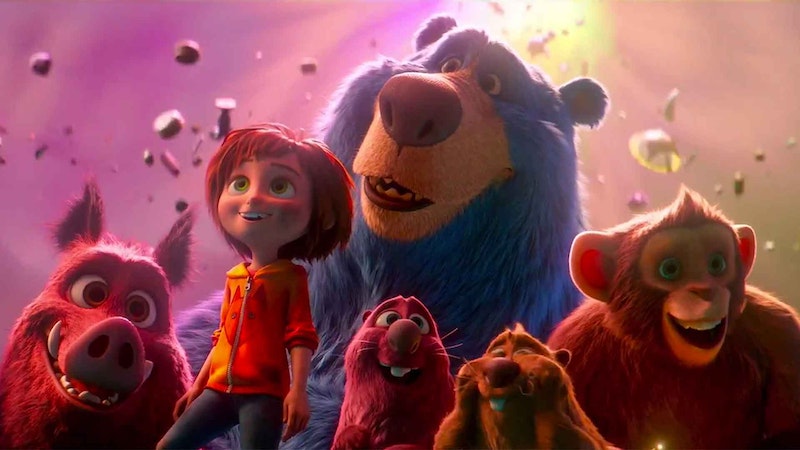 Wonder Park is an enjoyable animated film, with a decent hook and some strikingly beautiful animation. But plot-wise, it lifts most of its structural ideas from similar films of the past, most notably Pixar's Inside Out.

The film comes from Paramount Animation, which doesn't have much of a track record and has mostly existed in recent years as an imprint for releasing movies in the Spongebob Squarepants franchise. Wonder Park was produced along with the Spanish company Ilion Animation Studios, and the plan is clearly to hook kids on these characters early, as Wonder Park is getting a TV series adaptation on Nickelodeon nearly immediately.

In the film, which runs for just over 80 minutes, the animation is strong enough that it never feels purely like a Disney/Pixar knockoff. Wonder Park’s storytelling, however, is another story. The film focuses on June, a 10-year-old girl who, along with her mother (Jennifer Garner), has created an elaborate fantasy world called Wonderland, which includes an amusement park populated by friendly animals. Matthew Broderick voices June's loving but incompetent father.

After her mother is hospitalized with an unnamed life-threatening illness, a depressed June puts away the Wonderland plans, eventually throwing away her map of the imaginary park. But through a series of magical events, the park she created comes to life, and it's up to June to defend Wonderland and her animal friends from "the darkness," which appears to be a manifestation of June's worry and depression.

It's not the exact same thing as Inside Out, the outstanding 2015 Pixar movie that was set almost entirely inside the brain of a teenaged girl, in the tradition of the old Fox sitcom Herman's Head. (There's a hint of The Wizard of Oz, too.) But it's got a lot of the same ideas and doesn't execute them nearly as well as the earlier film did.

The film has another thing in common with a lot of Pixar releases in the last couple of years—the original director, Dylan Brown, was fired, with three other people, David Feiss, Clare Kilner and Robert Iscove, brought in as co-directors following his sacking.

Beyond the animation, the strengths start with the character of June, voiced by Brianna Denski. She's not only a creative genius, but also has stalwart engineering skills. She's an animator, in other words, or at least an animator's idea of one.

The main animal characters are all well-drawn, although some are more well-established than others. Ken Hudson Campbell—who, oddly enough, had a role on Herman's Head—voices a blue bear named Boomer, while Kenan Thompson and Ken Jeong voice a pair of beavers. John Oliver turns up as a sarcastic porcupine named Steve, but you won’t be able to not hear him as Oliver.

There's one part in which June and her friends are headed on the bus to a math camp, while singing a hilarious song whose lyrics are the first few numbers of Pi. The bus trip, unsurprisingly, gets derailed so that the main plot to kick in. But after that creative burst, I hoped to see an alternative movie in which the bus made it to math camp.