The Day the Music is Died is a strange and compelling documentary about Don McLean's "American Pie." 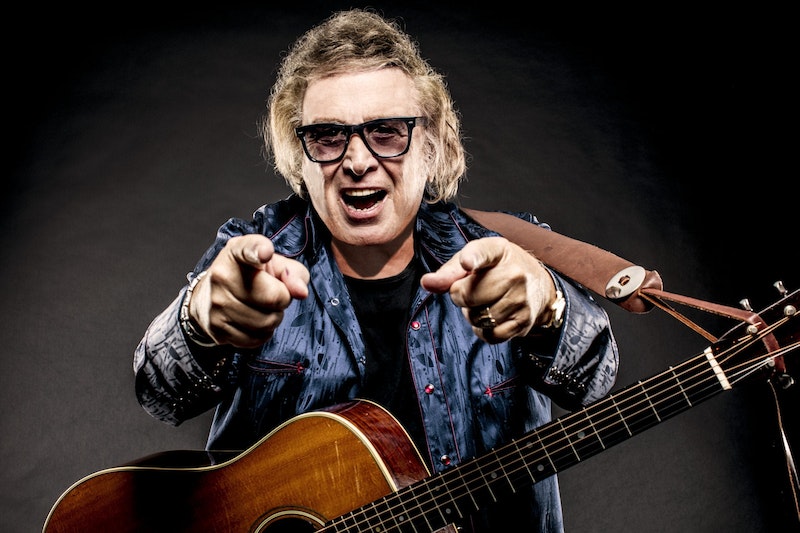 Between last month's Hallelujah: Leonard Cohen, A Journey, A Song, and now The Day the Music Died: The Story of Don McLean's American Pie, it's a season for full-length documentaries about individual songs. The latter film, which debuted last week on Paramount+ along with an awards-qualifying theatrical run, is the better of the two. Directed by Mark Moormann, The Day the Music Died takes a maximalist approach to its exploration of McLean's 1971 hits, which ran for eight minutes and 42 seconds and contained six verses. The film is meant to coincide with the 1971 song's 50th anniversary, although pandemic delays likely pushed its release past the actual anniversary year.

Moormann’s film explores the material through many angles. The day in 1959 when Buddy Holly, The Big Bopper and Ritchie Valens died in a plane crash near Clear Lake, Iowa, and an interview with the rock-loving dude who now owns the farm that's on the crash site. The film also goes through Don McLean's childhood and background, including his formative years as a musician, as well as the writing, recording, and release of "American Pie" as a song. There's exploration of the song's afterlife, including the numerous covers, tributes and parodies, like those by Madonna and Garth Brooks.

"Weird Al" Yankovic, naturally, is there to talk about his "The Saga Begins," which used the template of "American Pie" to recite the plot of 1999's Star Wars: Episode I— The Phantom Menace, as both the song and the movie begin with the phrase “a long (long) time ago.” The film ends with an emotional meeting between McLean and the surviving sister of Ritchie Valens.

But before that, The Day the Music Died gets to the main event: The now 76-year-old McLean sits down and finally explains what the song’s really about. He denies the long-held theories that "The Jester" was Bob Dylan, "The King" was Elvis Presley and "The Girl Who Sang the Blues" was Janet Joplin (McLean doesn’t address whether the song's "Devil" is Mick Jagger). Also denied is the implication that the point of the song is that there was never any good or danceable music made again after those three singers died in 1959.

If this is true—and McLean might be yanking the interviewer's chain, or has changed his story over time—the song is mainly a forlorn lament of the lost promise of the 1960s, rather than a reactionary bit of back-in-my-dayism bashing the favored music of those younger than himself.

The Day the Music is Died isn’t a perfect documentary. You’d get no indication from this film that anyone doesn't love "American Pie" when in fact, some people loathe it. At various times, the film cuts between different covers of the song, which doesn't really work because most of the time they're in different keys and different tempos. And McLean's 2016 arrest on domestic violence charges, to which he pled guilty, isn’t brought up.