Down Deep in Thailand

Thirteen Lives is the best film Ron Howard has made in a decade. 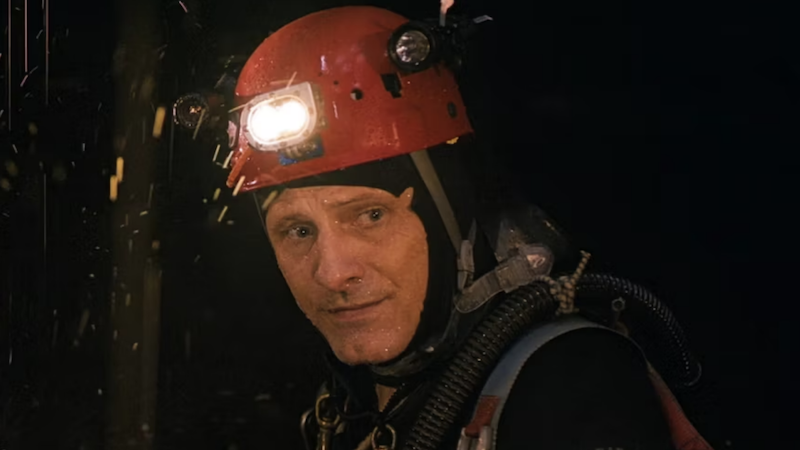 Thirteen Lives, a new drama directed by Ron Howard about the 2018 Tham Luang cave rescue has more than you'd think in common with Top Gun: Maverick. Both films are about a difficult mission, and spend a painstaking amount of time explaining how the mission will work, including the spatial movements that’ll be required for the mission to succeed. Then, it spends the third act showing us the mission, allowing it to pay off wonderfully. This is such a basic idea of meaningful filmmaking and storytelling, one that so many movies, especially in the superhero genre and the recent Netflix atrocity The Gray Man, skip entirely.

Thirteen Lives has another handicap to overcome: Just about everyone who watches it will know that the rescue was successful and that all 13 people got out safely. That doesn't matter. The film is simultaneously a thriller and a rescue-diver procedural, one that's full of tension for nearly its entire 140-minute running time. It's also the best feature film Ron Howard has made in nearly a decade.

In the summer of 2018, a Thai soccer team, 12 boys and their coach, took an after-practice visit to a cave. When rain hit, the cave was flooded, trapping them inside. The effort to rescue them drew experienced cave divers and rescue experts from around the world, while Thai people sacrificed heroically as well, diverting water away from the cave on to nearby farmland. After several days, and SCUBA-assisted diving through water and crevasses—a process that required diving for about six hours in each direction—the rescuers discovered the boys were alive, but that was only the beginning of the battle, because there was no easy way to get them out. They were, after all, children who weren’t trained divers, and had also been starving in a cave for two weeks. Most of the film is taken up with solving the engineering problem of how to get the boys out, and that's the best thing about Thirteen Lives: it knows what the mission is, and shows it in an exciting and nerve-wracking fashion.

Richard Stanton (Viggo Mortensen) and John Volanthen (Colin Farrell) were the British divers who led the rescue, with help from Richard Harris (Joel Edgerton), an anesthetist whose specialty later comes into play. They're the main characters, the one played by movie stars, although the film also spends a lot of time with the Thai people's considerable role in the rescue. There's a lot of screen time given to Saman Kunan (Thai actor Sukollawat Kanarot), the only diver who lost his life during the mission, and to whom the film is dedicated.)

The film omits that whole episode where Elon Musk offered to build a "kid-sized submarine" to rescue the kids, and called rescuer Vernon Unsworth a "pedo" after he rejected the help, leading Unsworth to sue him. It wouldn't have fit with the tone of this, and we'll likely get that story in the inevitable 10-part Hulu limited series about the present decade in Musk's life.

It's great to see such an effort from Howard, who spent a long stretch as an A-list director before stumbling. He was responsible for terrible films like Solo: A Star Wars Story, Inferno and the contemptible Hillbilly Elegy. Howard, however, has also directed some outstanding documentaries in the last few years, including 2019's Pavarotti, 2020's Rebuilding Paradise, and this year's We Feed People, about chef José Andrés feeding people in war and disaster zones. The latter two, like Thirteen Lives, are about drawing inspiration from international cooperation.