Dealing in Dull and Dark Times

Olivier Assayas’ Irma Vep mini-series and the state of filmmaking in 2022. 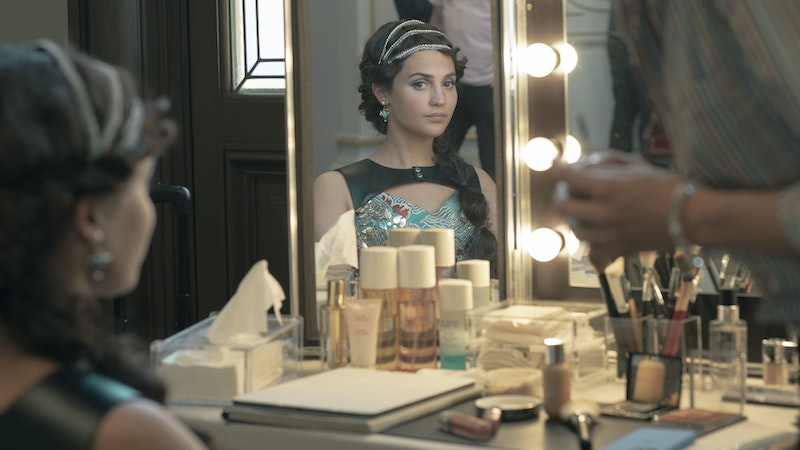 Irma Vep sounds like a strange movie to make into a mini-series for HBO, but be happy they sought out Olivier Assayas or bit whatever he was pitching, because along with A24, they’ve produced the best television in years. Although the series never approaches the radical formal experiments and unrelenting grim tone of Twin Peaks: The Return, David Lynch’s 2017 magnum opus, Assayas manages to make the series as accessible as Curb Your Enthusiasm with the same looseness and cynicism of Larry David, while still explicitly making the case for cinema in the 21st century in every episode. “We live in dark, dull, and boring times. Why make movies?” Gottfried asks, a libertine German actor played by Lars Eidinger hired to play a supporting role in a streaming mini-series remake of Louis Feuillade’s 1915-16 silent serial Les Vampires.

There’s an unstable “but brilliant” director, René (Vincent Macaigne); a perpetually alarmed production manager once again played by Alex Descas; a non-French actress playing expert thief Irma Vep named Mira Harburg (Alicia Vikander); and a Chinese actress brought in by the director for little more than superficial reasons. That’s where the obvious connections between the 1996 film and the series begin and end; otherwise, this is a show about what it’s like to make movies in 2022. Sets are basically the same, with a pecking order familiar to anyone who’s watched any movie or show about filmmaking, but especially acute, funny, and painful for anyone who’s ever worked on a movie set in any capacity.

In 1996, the flighty director played by Jean-Pierre Léaud was working on a much smaller budget, a filmmaker renowned in France but basically an arthouse favorite, if that. Now, René is directing a remake of Irma Vep in widescreen color, without any of the hand-scratched experiments or flights of fancy like the “work in progress” that ends the film. This is a major production, one whose star is more important for her cosmetics line endorsements than her acting work, at least according to one producer (the guy with the money, played by Pascal Greggory). Although René has a certain critical reputation, he’s not the mumbling savant that Léaud played in 1996—and more importantly, to people like Mira’s agent Zelda (Carrie Brownstein), he’s not worth her time, because he won’t make them nearly as much money as a superhero franchise or another fashion line.

Last week, Michael Gentile wrote for Splice Today that, “Because [Irma Vep] felt like swallowing a large horse pill; a challenge to take, however, I quickly got over it and became addicted… It’s striking to see a thief working the night. Vikander slinks around The Cabinet of Doctor Caligari-style Parisian rooftops in a black catsuit. She pulls off this brand of stalking in the rain too. Her hand movements and jumps are breathtaking.” As there series goes on, Mira and Irma Vep begin to merge, and by episode seven, she’s walking through walls and talking to people, like Jade Lee, who take her presence at face value. It’s such a free, smart series that insists we move forward, as filmmakers and moviegoers, spectators manufacturing the spectacle.

Gentile goes on: “When you look closer, as it often happens, Mira has frustrating, firsthand emotional concerns involving success, celebrity culture, relationships and bisexuality. Vikander is an actor honing a difficult craft.”

The problems posed by the film industry in Irma Vep are essentially the same as they were in 1996, demonstrating how our pettiest and greediest impulses span gender, sexuality, and class. People are still trying to “get back” at their exes, artists are still manic-depressives, some actors and crew members are more fickle than others, and there are producers who care about movies, and far more who are just trying to pad out their portfolio. It’s rarely worth it, and perhaps that’s the most dire sign regarding the state of cinema in Assayas’ mini-series: how much longer will “movie stars” exist to sell lipstick? How much longer will they be able to sell lipstick?