Middle-aged malaise in Both Sides of the Blade. 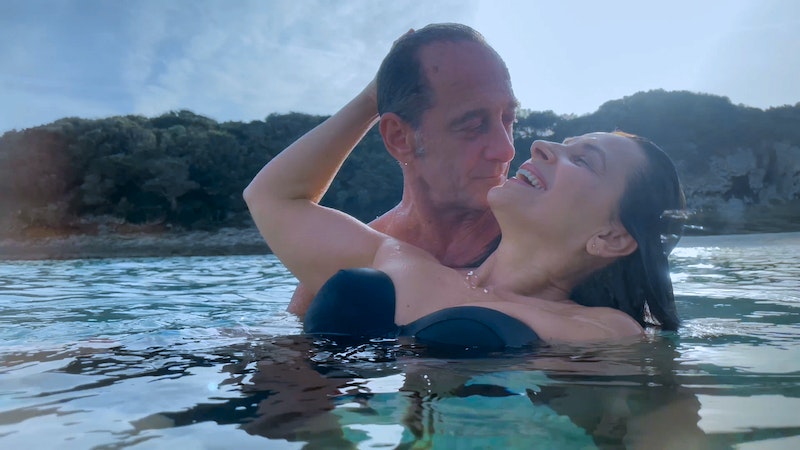 At 76, Claire Denis is still running a hot streak, with two new films premiering this year—Both Sides of the Blade at the Berlinale and Stars at Noon at Cannes—with no signs of slowing down, let alone retiring. Even in the face of a global pandemic, Denis was desperate to start making something throughout 2020. Her usual cinematographer, Agnès Godard, wasn’t eager. So she got Eric Gautier for both new movies, the first of which has the French title Avec Amour et Acharnement, which was initially translated into English as Both Sides of the Blade. Denis publicly confirmed that she preferred the English title, not an exact translation (“With Love and Fury”), but better suited to the film.

Then some bonehead renamed it Fire until Denis publicly protested and made its North American distributor change their advertising back to Both Sides of the Blade. Whatever—it may be the best title by a long shot, but none of the four could ever sell this movie. Both Sides of the Blade is a middle-aged relationship drama with very little sense of humor about itself, in stark contrast to Denis’ 2017 antiseptic romcom masterpiece Let the Sunshine In. Once again, Juliette Binoche stars, this time as Sara, a woman caught between a loving and devoted husband in Jean (Vincent Lindon), and a former love she hasn’t seen in years in François (Grégoire Colin). François is about to open a sports agency and seeks out Jean as a talent scout. Their conversations on empty football fields are stilted and awkward but never hostile, the familiar sound of two men who’ve slept with the same woman having a conversation about something else but only thinking about her.

Two days before I saw Both Sides of the Blade, I saw a revival of Denis’ 1999 breakthrough Beau Travail, featuring a young Colin in full military twink worship mode. That kid made Denis Levant lose his mind and dance his heart out, and even though he’s showed up in subsequent Denis films, it was a shock to see time’s work on him. Twenty-two years between the shooting of the two films, and Denis gets so much just out of photographing what Colin looks like now: pudgy, thinning hair, big bags under his eyes. Lindon and Binoche are aging gracefully, but Colin’s appearance in Both Sides of the Blade was the most emotional and powerful thing in an otherwise rote and stale movie.

Who wants to see another love triangle in nice Paris apartments, restaurants, and alleyways? This is Denis’ coronavirus movie, filmed in secret in late-2020, pre-vaccine and with a skeleton crew and a few longtime, trusted actors. The pandemic is present but not a part of the story at all. Binoche is committed to staying faithful but slips, and realizes that Colin is a lout and doesn’t love her, and Lindon doesn’t forgive her for cheating. Indeed, she’s struck by both sides of the blade. It’s too bad this movie runs over two hours and takes its dime store plot at face value instead of making fun of it as in Let the Sunshine In. Her next movie, Stars at Noon, has mostly new actors and a broader scope, and Both Sides of the Blade is just a reminder that as good as Denis can be, she’s often hit or miss.