The hardened cynic's suddenly become too delicate to handle any sadness in movies. 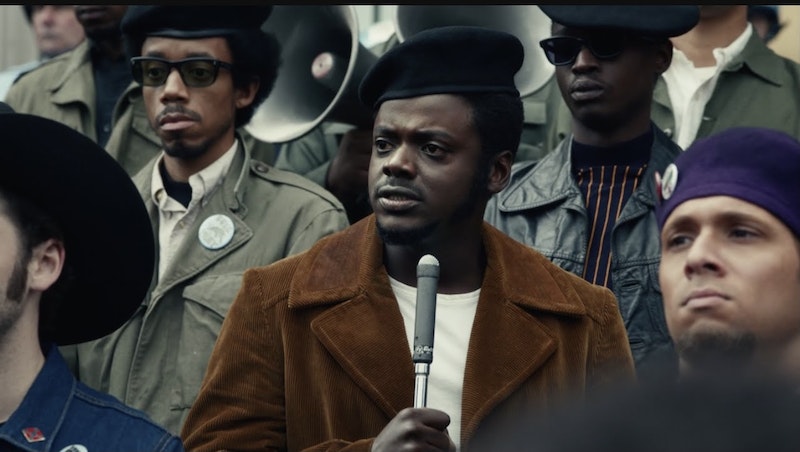 Last Friday, Bill Maher went on a lengthy rant on his HBO show against Hollywood's latest film releases. He said that the Oscars should now be called the "Debbies"—as in Debbie Downer—due to all the depressing subject matter they honor. The comedian/social critic listed the latest Academy Award Best Picture nominees as cases in point: Nomadland, The Father, Judas and the Black Messiah, Mank, Minari, Promising Young Woman, Sound of Metal, and The Trial of the Chicago 7.

Mank and The Trial of the Chicago 7, both of which I've seen, have no business on a "too depressing" list, which I imagine Maher knows. They're just stories of conflict. His inclusion of Nomadland did strike a chord, however, as I'd tried watching it but quickly gave up after realizing it was going to continue bringing me down for another 90 minutes. This isn't to suggest that the story isn't an important one. It's just that I'd rather educate myself on the topic of housing insecurity by viewing a documentary rather than a quasi-documentary.

Maybe Maher needs the police in movies to be good guys who treat radical black leaders with respect. The thought of a cop killing a Black Panther over 50 years ago just gets him down.

Promising Young Woman doesn't scare me away because of its potential as a downer either, as it appears to be a basic revenge tale with its own twist, a Hollywood staple for decades. I look forward to seeing it, but will skip Sound of Metal, about a musician going deaf, as it's another "disease" movie. Maher characterizes Minari as the story of a poor immigrant family that "puts all its food in a barn, but then Grandma has a stroke and burns it down." There's much more to the film than that incident, but Maher can't handle any sadness at all.

When I first viewed Maher's diatribe, I thought the guy who misfires more and more with each passing week might've hit a rare bullseye for a change, but a closer inspection of his evidence makes the person who once told Milo Yiannopoulous that he reminded him of a young Christopher Hitchens look bogus once again. I wouldn't be surprised if he hasn't seen even one of the movies he attacked with his usual smugness, and suspect the whole comic bit was tailored to appeal to Hollywood-hating conservatives, as Maher fashions himself as the kind of contrarian liberal who can relate to that group. So what he's doing amounts to disingenuous pandering, as there's no way he can believe that the major fault of more than a couple of these films is that they're too depressing.

Maher said, "We all had a rough year. A little escapism would have been appreciated," but he looks down on comic book movies, whose fans he's compared to people whose mother still pins their mittens to their sleeves. He's just pretending to find all these films depressing as a way of jabbing at the progressives he disdains, because he knows they like such subject matter. Fred Hampton's an icon of the Left, as are many of the characters in The Trial of the Chicago 7. Promising Young Woman has a feminist theme, and Minari is the type of immigrant tale that appeals to Democrats; there's little chance Maher has seen it.

Hollywood's producing plenty of light-hearted entertainment; it's just that, as always, those movies don't win Oscars. Using the logic Bill Maher has constructed for a phony comedy bit, he wouldn't be able to watch a single Quentin Tarantino film. Once Upon A Time In Hollywood ends with extreme violence, so it's a "Debbie" film too. On Twitter, National Review film critic Armond White accurately called Maher a hypocrite who's always encouraged the films he now disparages.

Maher claims to want pure entertainment from Hollywood, but only his particular kind of sanitized entertainment. It can't be about imaginary superheroes or government mistreatment of black people, and it must be devoid of killings and all other negative events because such unpleasantries kill his buzz when he's trying to relax in luxury with his happy thoughts about a trouble-free world.