Peter Bogdanovich died underrated with work ahead of him. 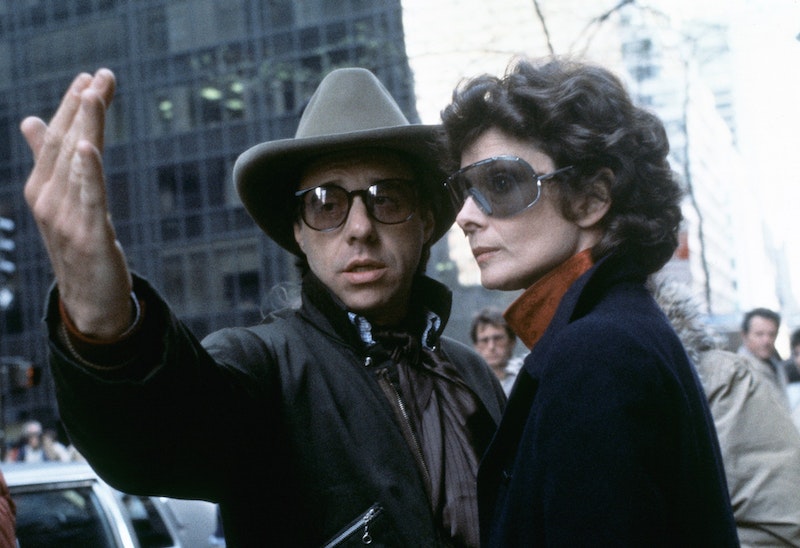 In 1977, Charlie Chaplin died on Christmas. The next day, Howard Hawks died. The tributes and obituaries for the former were plenty, the latter perfunctory, if any. Forty-five years later, Peter Bogdanovich and Sidney Poitier repeated the pattern, and it felt appropriate and sad that Bogdanovich happened to die on January 6, a day that will never “sit aside” Pearl Harbor and 9/11, despite the best efforts of too many politicians and journalists—in any case, they were occupied. Last Thursday’s PBS News Hour ended with a brief but sweet item about Bogdanovich, only after nearly an hour of “J6” material. Poitier got his own segment the next night, but it too was abbreviated by more coverage of an event whose important can’t match the work of either of these two men, especially Poitier.

Bogdanovich was never an openly political person, and according to his ex-wife Polly Platt, he said nothing when Howard Hawks told them in the late-1960s that students protesting the Vietnam War should be rounded up and shot. Unlike his New Hollywood contemporaries, Bogdanovich never dealt with the era in which he was working. He was fixated on the past, from John Ford to Howard Hawks, to Orson Welles, to Alfred Hitchcock, all of whom he befriended and interviewed multiple times. Along with peers Martin Scorsese and Steven Spielberg, Bogdanovich talked constantly about the Classic Hollywood films that moved and inspired him, and helped to preserve and restore them for all of time, or as many pieces as possible.

Eighty-two isn’t premature, but Bogdanovich wasn’t a sick man, and his death was unexpected, especially considering how recently James Kenney contacted him for a piece on 1988's Illegally Yours. I wrote about 1981’s They All Laughed the same month, and never expected to write about Bogdanovich’s death less than a year later. Besides hints of a director’s cut of Squirrels to the Nuts, his final film (released as She’s Funny That Way in 2014), he was still talking about trying to get Wait for Me made, a dream project and a ghost story written after Dorothy Stratten’s murder in 1980. Like Hawks, he leaves behind the premise (and perhaps a script) of what could’ve been his greatest film, a twilight triumph. But as it stands, Bogdanovich’s last magnificent film was They All Laughed, released in 1981 and quickly forgotten or never seen in the first place.

My parents, both of whom love The Last Picture Show, had never heard of the movie, and when I watched it with them in the spring of 2020, they weren’t impressed. No matter—this man made movies for everyone, a director as nimble and tonally flexible as a Classic Hollywood director, unlike many of his New Hollywood contemporaries. Robert Altman could never make anything but Robert Altman movies, and even Scorsese and Spielberg had their tics and limitations. From Targets in 1968 to They All Laughed 13 years later, Bogdanovich made nine movies that, like the work of friend and mentor Hawks, are all very different. The thread that runs through Bogdanovich’s best work, like the professionalism of Hawks or the Irish-American melancholy of John Ford, is the invincibility of love. “I ain’t over her yet…”

And the bus is off to Korea. Nancy Sinatra wrote on Twitter that, “Peter Bogdanovich was a very nice man who I think never really got his due. He was not only a great director but also a passionate film historian. He could speak about it for hours. My condolences go out to Peter’s family and all who loved him. Godspeed, Peter.” I didn’t expect anything else, but nearly every obituary, memorial, or tribute just highlights The Last Picture Show; What’s Up, Doc?; and Paper Moon. Everything else is skipped over, left for film fans and directors to scream about for decades on their own. I realize that They All Laughed is a weird movie, but so is The Last Picture Show—Ford meets Antonioni—and both are masterpieces.

Ditto What’s Up, Doc?, Paper Moon, and Saint Jack. Even if the quality of his movies dropped sharply after 1981, he kept working and writing, giving invaluable interviews he conducted with Classic Hollywood directors including all of the above and Josef von Sternberg, Raoul Walsh, Allan Dwan, Robert Aldrich, Don Siegel, and many others. He was a constant presence on Turner Classic Movies, numerous podcasts, and rec hall readings where he’d do his impressions of his famous beloved friends (they really are good).

The documentary One Day Since Yesterday emphasizes how famous Bogdanovich and Cybill Shepherd, his girlfriend at the time, were in the 1970s: he was guest-hosting for Johnny Carson, they were on the cover of People kissing, and as the decade wore on the inevitable backlash came, and the press got their pokers out and never put them away. The public, as always, stopped paying attention, and one of the greatest filmmakers of his generation couldn’t get adequate financing for a movie in the last 40 years of his life. An embarrassment and indictment of the press more than anyone for its disproportionate power considering how little it contributes compared to the artists it always burns in the end.

But like I wrote last April, it’s not worth dwelling too much in this, it’ll just put you in a bad mood. This man made masterpieces, helped finish Orson Welles’ final film The Other Side of the Wind in time for release only three years ago, and compiled the wisdom, wisecracks, and sincere advice of the men who more than anyone else created the movie “monoform” that Peter Watkins talks about. Like Scorsese, he’d be a saint just for his archive, interview, and restoration work, even if he had never made a single film.