Waves doesn't entirely succeed, but I look forward to seeing whatever Trey Edward Shults does next. B- 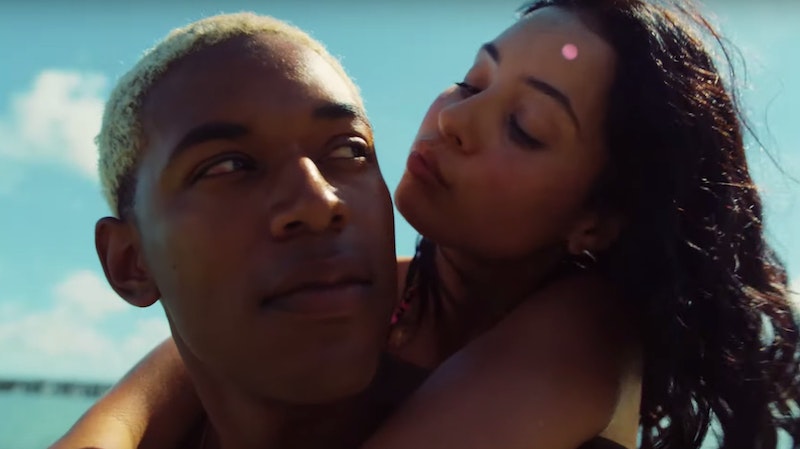 Waves is the third film directed by the American auteur Trey Edward Shults, who’s 31. Shults made 2016's Krisha, a small, heartbreaking film, starring mostly members of his own family, about a woman struggling with alcoholism re-joining her family for Thanksgiving. He followed that up the following year with the decent but largely forgettable horror film It Comes At Night.

Now, Shults has taken a huge swing with Waves, an ambitious film that's both the intimate tale of a unique family, and a more expansive story with specific things to say about a long list of fraught subjects in American today: Domestic violence, toxic masculinity, opioid addiction, abortion, the unique pressure faced by high-achieving black men, and so on.

Waves tells the story of the Williams family, a wealthy African-American clan that lives in a huge house somewhere in Broward County. Sterling K. Brown (This is Us) is the dad, Renee Elise Goldsberry (Hamilton) is the stepmom, Kelvin Harrison Jr. (Luce, earlier this year) is their son, and Taylor Russell (Escape Room) is their daughter.

Tyler, the son, is the popular captain of the wrestling team, in what appears to be a sweet romance with girlfriend Alexis (Alexa Demie.) His hair dyed blond like Dennis Rodman (or more likely, Frank Ocean), Tyler’s also an all-around star achiever, driven by intense training from his father. Brown is playing a more over-the-top version of his high-strung dad from This Is Us, while Harrison an updated edition of the war refugee-turned-prodigy he portrayed in Luce.

However, the film spins out of control rather abruptly. It makes a radical pivot at around the halfway point, and becomes a completely different movie, one focused on the daughter (Russell), and her romance with a classmate (Lucas Hedges, into seemingly his second decade of playing a high school student.)

Critics divide on whether the two halves of the movie fit together, and over whether they like the first one better or the second. I have no issue with the bifurcation of the film, but I did find it odd that the film's climax hinges on a redemption arc for a character who we had only met for the first time about 10 minutes earlier.

Waves has enough plot to fill roughly 40 minutes, but its actual running time extends past the two-hour mark. That's because the film is filled with hyper-stylized montages, flashing colors, and other visual tricks. This is coupled with numerous pop songs, plus a score by Trent Reznor and Atticus Ross that can best be described as "aggressive."

It brings to mind the style of HBO series Euphoria, with which it shares both a cinematographer (Drew Daniels) and a co-star (Alexa Demie.) In smaller increments, this style of filmmaking is unique and impressive. Over the course of two hours? It gets tiresome. A shame, though, because there's a lot to like here. The performances are impressive across the board, especially by Harrison as the troubled son and Russell as his sister, who's in the background in the first half and emerges as a fully drawn character later on (Russell is 25, but easily passes as much younger.) Goldsberry, so wonderful on stage on the original cast of Hamilton and on TV in Documentary Now's amazing Company parody, does beautifully understated work. As for Brown, he got impressively jacked, for a role that tries to show that pushing yourself to get impressively jacked is actually not such a great thing.

Still, I came out of Waves looking forward to seeing what its director does next. I just hope it's more about fine character work and less about extreme visual tricks.