How To Train Your Dragon: The Hidden World ends the series at the right time. B 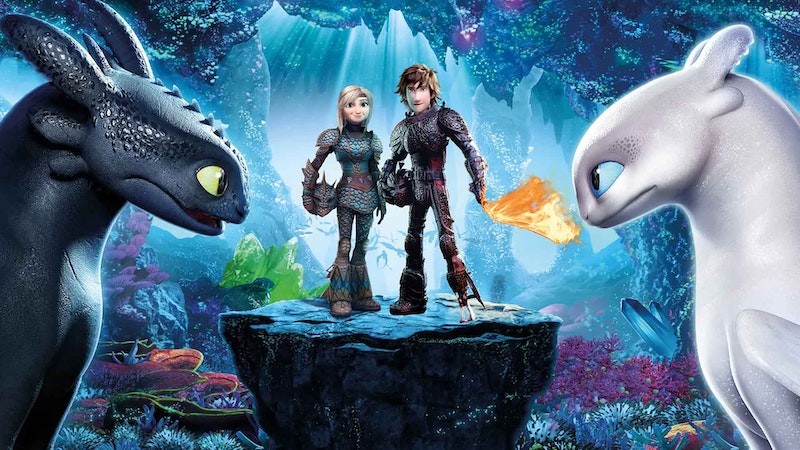 If you've been a fan of the How to Train Your Dragon series but were really hoping to one day see Toothless the dragon take a dragon wife, I have some great news.

The Hidden World is the newest and (almost certainly) final film in the DreamWorks' Dragon series, a sweet children's tale with implicit allegories at its heart—I've heard everything from American race relations, to Israel/Palestine, to terrorism, to teenaged homosexuality. Based on a book series by Cressida Cowell, the series started, in the 2010 original, with a group of Vikings in the mythical land of Berk who fear and subjugate dragons, until young hero Hiccup (voiced by serial Judd Apatow sideman Jay Baruchel) befriends dragon Toothless, leading to a fragile peace.

The original How to Train Your Dragon film was a happy surprise; a heartwarming tale of peace between humans and dragons who’d long distrusted one another. It made you believe in the relationship with the boy and his dragon friend, even if one of them never spoke.

In the new film, the humans and dragons are in a period of piece, but it's threatened by an evil dragon hunter named Grimmel (voiced by the great F. Murray Abraham), who's out to capture and kill Toothless, the rare "Night Fury" dragon. Meanwhile, Toothless meets his mate, in the female "White Fury," and a possibly mythical land (the "Hidden World" of the subtitle) figures in the plot as well.

Hiccup, the once-teenaged hero, is drawn noticeably older than in the previous films, and beyond the dragon-riding adventures, this is the story of a young man growing up, coming to terms with the death of his father, and possibly needing to let go of his dragon friend. There are also repeated references to whether Hiccup might want to marry Astrid (voiced by America Ferrera), the girl he had a crush on in the original film.

The Hidden World doesn't match the first film, but it's still consistently enjoyable, including some beautiful visuals. The great cinematographer Roger Deakins was a visual consultant on this, as well as the other films in the series.

The film, like its two predecessors, was directed by Dean DuBois, who’d made Lilo & Stitch for Disney. Animated studio movies of the current age don’t lend themselves to auteurism, with most Pixar films having two or three directors, and seemingly half of them firing the director halfway through production. But DuBois is the solo director of all three Dragon films, which may explain their steady vision.

It's rare for a movie series to end at the exact right time. But the How to Train Your Dragon series has pulled that off.