The live action and documentary programs this year are aesthetically repulsive and emotionally manipulative. 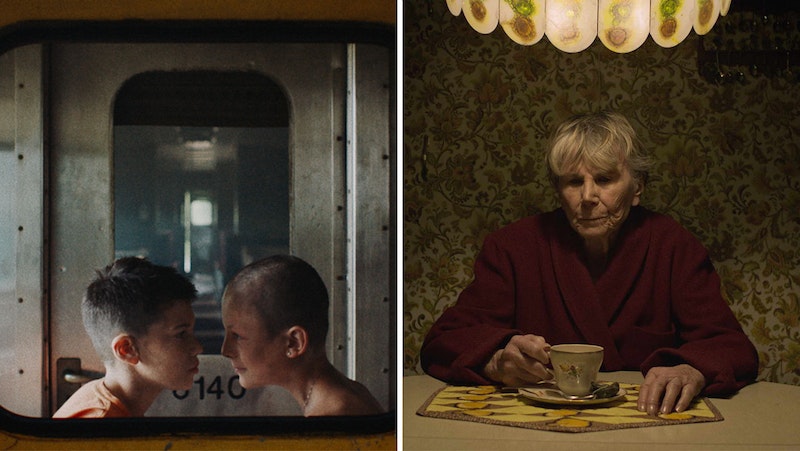 Kyle Buchanan, writing for The New York Times, argued last week that if the Academy wants to cut awards from the telecast, it should start with the three shorts categories (animated, live action, and documentary). I can’t believe this hadn’t occurred to me or anyone else, especially after the brief imbroglio with cinematography and editing getting axed and put back in after the “outrage mob” forced the Academy to reverse their decision. Oh, please—just cut the shorts categories completely and, as Buchanan suggested, shuttle them to a separate ceremony where they can speak at length to the few people who actually saw their films before they were nominated for Oscars.

Never mind that the Oscar shorts this year were aesthetically repulsive and emotionally manipulative, at least the live action and documentary programs. I didn’t see the animated shorts this year, which are usually nice and lightweight enough to handle on a Sunday afternoon. There’ll be the Pixar short, then one about a little rabbit or a sandcastle, and then a conversation about abortion or something between two women in Tehran. Quality aside, at least there's some variety.

The walkouts at the Sunday matinee of the live action shorts I saw—what a beautiful sight. Apparently someone came out and told one of the ushers they might as well have filmed the ovens at Dachau, and while that may be an exaggeration, I sympathize with his sentiment. This was cinematic violence: three of the five live action shorts featured children dying, "caught in a vortex of violence" as Buchanan all too charitably put it, and Skin, which ends the program with a young boy shooting his disfigured father in the head with a rifle. These images and scenarios, of course, are not off limits. But five brutal crescendos in a row, all handled artlessly with the intimacy of a Toyota commercial, did a number on me and most of the audience that day.

Among the documentary shorts, only A Night at the Garden was worth its running time, a too-brief seven minutes (I couldn't bear to watch End Game, a cancer documentary, so I sat in the lobby for 40 minutes). A Night at the Garden consists simply of restored and edited footage of a Nazi rally at Madison Square Garden on February 20, 1939. There are no interviews, no narration, no dramatic recreations: just raw footage of a night forgotten that should be seen by everyone in America. There’s no gratuitous violence and corpse lingering, as in the execrable Lifeboat, a 40-minute piece about Libyan refugees that shows close-ups of bloated, distended bodies rotting in the sea and the sun. These are images suited for LiveLeak, not a prestige awards package. Lifeboat is otherwise fine, but its lingering on the dead is condescending. The filmmakers seem to think that their audience will only realize the severity of the problem once they see blood and body parts. It’s an insulting assumption.

I shouldn’t be surprised the Academy would nominate the most sensational, exploitative, and pedestrian material on offer, but both non-animation programs were abysmal and abysmally depressing without earning any of it. These are shorts that range from seven to 40 minutes, and it’s almost impossible to pull off anything heavy-handed or brutal in such a short amount of time because we never get to know these characters. Fauve (live action) follows two young boys in Quebec hiking in no man’s land. They see a fox early on (straight out of Antichrist), and of course, one of the boys drowns in quicksand. The survivor, completely shell-shocked, is finally rescued on the side of the road by a good Samaritan, but before they drive away, we see the fox again, eyeing the boy. Great. Why should we care? Why did we just watch a young boy suffer and die a slow, miserable death?

Marguerite, the least offensive of the live action shorts, is about a dying woman in hospice being taken care of by a young woman roughly in her late-30s. The caretaker’s a lesbian, and speaks with her girlfriend on the phone in front of Marguerite. Cut to Marguerite flipping through an old photo album, close-up on a faded picture of her and another girl, cut to a close-up of Marguerite’s face, oxygen tubes ringing her face, tears welling up. The next day she asks her caretaker “What is it like to make love to a woman?” She isn’t taken aback by the question, and answers honestly: “It is beautiful.” And then they kiss. It’s a depressing piece, veering from melancholy into despair as we’re confronted with the tragedy of a changing society that passed Marguerite by; her young adulthood compromised by an arbitrary morality that everyone realizes today was a crime against humanity. We don’t see her die because we don’t need to. It’s an understated short compared to the rest.

But the problem of pacing remains: Marguerite is the climax of a feature film without any characterization or time to spend with these characters and get to know them, so that the payoff is all the more powerful and emotionally valid. As it is, Marguerite is what happens when you isolate the sex scene in Carol and present it out context. The buildup to that motel scene in Todd Haynes’ film is masterful, and because we spend an hour with Carol and Therese, the scene is explosive, reinforced by the following hour’s brutal comedown to reality as Carol’s ex-husband gets in the way and tries to keep them apart. It simply isn’t possible to dramatize the height of tragedy and leave it at that and expect the audience to leave the theater feeling anything but bewilderment.

The angriest reactions went toward Detainment and Skin, the former a “narrative” in name only, the latter a pulpy horror movie concept fit for Blumhouse but out of place in this program. Skin is being developed as a feature now, and it would sit nicely next to something equally over the top and horrifying as Don’t Breathe. But Detainment, which is a documentary consisting only of dramatic recreations, is an abomination, an artless and arduous slog through the interrogation of two young Irish boys who kidnapped, tortured, molested, and killed a younger boy in the early-1990s. Based on a true story, as if that justifies the obscenity of the piece. I’d love to hear from the people that voted these films in before the rest of the world was able to see them, but from what I understand, Oscar shorts are governed by an obscure process akin to the Golden Globes’ Hollywood Foreign Press. Ditch them from the telecast and let people see movies they’re actually aware of win and lose awards.