New York Times critic praises himself for thinking the same as everyone else. 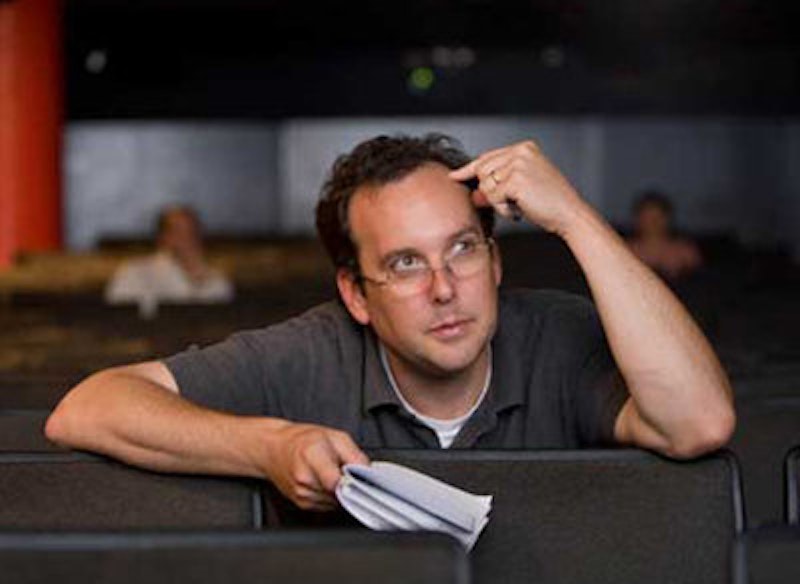 Snobbery is dead. The elitists have been routed. Real, serious critics who replete with knowledge, taste, and an encyclopedic knowledge of Iranian cinema, are no longer honored, but spat upon at the crossroads. The erudite and wise are now swamped by the hoi polloi on Yelp and Amazon. If you don't pledge allegiance to Star Wars and superhero films, you might as well crucify yourself before Twitter does it for you.

Yes, our culture is becoming ever dumber. But one lonely, aging, beret-wearing Buñuel aficionado stands athwart the Internet declaiming, "Arrêtez!" From the lonely pages of The New York Times, A.O. Scott makes an embattled plea for the pleasures of snobbery.

"What I’m trying to say is: Yes, fine, I am a snob. I revere the formal achievement of the first and most recent “Mad Max” movies. I sneer at most biopics and costume dramas. I like my pleasures slow and difficult. I would rather watch a mediocre film from South America or Eastern Europe about the sufferings of poor people than a mediocre Hollywood comedy about the inconveniences of the affluent. I look up in admiration at models of artistic perfection, sound judgment and noble achievement, and I look down on what I take to be the stupid, cheap and cynical aspects of public discourse. I sit at my cobbler’s bench and hammer away. If the words nerd and geek can be rehabilitated—if legions of misunderstood enthusiasts can march from the margins of respectability to the heart of the mainstream—then why not snob as well?"

Why not "snob" indeed? It is a legitimate question. And here, in the spirit of polysemic aestheticism, I’ll provide two answers.

“Snob" cannot be rehabilitated because it’s never been de-habilitated. Oh sure, the word "snob" is an insult. But expertise and the odd sneer at mass taste have never gone out of style. Here is A.O. Scott citing all the old touchstones—Pauline Kael, foreign cinema, oh-and-let's-take-a-moment-to-kick-television. And while he presents these positions as embattled and dangerously old-fashioned, he does so from the pages of The New York Times, where he’s a longtime and admired critic. How marginal can it be to embrace snobbery when one of the most respected film writers in the country does so from one of the most respected pillars of journalism?

Snobbery is always going to be a minority position—but that doesn't mean it's embattled. Scott self-deprecatingly notes that he's a throwback and that his family teases him about his snooty tastes. But that self-deprecation is indistinguishable from boasting; the whole piece is an extended humble brag. The late Pauline Kael made fun of snobs like me—but of course I, A.O. Scott know who Pauline Kael is and am maybe somewhat flattered that she wrote about people such as myself. I, A.O. Scott, can't tell the difference between quality television and soap operas—but doesn't that show that I haven’t been leveled like the rest of the culture, and that I uphold the highest values of cinema? Scott laments his status as a besieged minority snob—but snobs always love to present themselves as a besieged minority. If everyone were a snob, snobbishness would lose all its oomph. Scott's modest self-denigration is the same old ritual braggadocio as ever: I'm a cultured New York Times critic, he insists, and you're not.

The second reason that A.O. Scott cannot recuperate snobbishness is that, despite his protests, he's not much of a snob. There are still film snobs out there—like Jonathan Rosenbaum, who memorably suggested that every print of the original Star Wars film should be "burned to a crisp, just like Luke's uncle and aunt." Or David Bordwell who pooh-poohed the idea that non-expert dopes like Ross Douthat should be given space in (ahem) The New York Times to promulgate their simple-minded ideas about the relationship between film and culture. Actual snobs can be infuriating in their superior certainty, but they're also fun to argue with, because they bring knowledge and passion to their contempt. I don't agree with either Rosenbaum or Bordwell, but they both make me laugh, and want to hit back.

A.O. Scott doesn't provide any such vigorous fodder. He provokes weary irritation; sparring with him is like punching into a bilious fog. He casts vague aspersions on Hollywood films about rich people, but names no names. The one film he singles out for accolades is Mad Max: Fury Road: a universally praised cineplex blockbuster. A snob might’ve pointed out that Fury Road, for all its flash and thunder, mostly dumbs down and conventionalizes the exploitation films it cannibalizes, both in its visuals and its gender politics—unlike, say, Argento's Stendahl Syndrome, which complicates and comments upon many of the same sources.

But Scott doesn't want to start an argument. He wants credit for being a snob without doing the work of having a thesis, or even really an opinion. And that suggests that he's right after all. If Scott passes for a snob these days, maybe snobbery really is dead. Or, alternately, maybe the project of turning aesthetic knowledge into cultural capital was always debased to begin with. Perhaps the quintessential sign of film snobbery is to be so busy pitying yourself for your marginalization that you fail to notice that your taste was thoroughly conventional all along.