Fatman had a great trailer—too bad it isn't funny. C 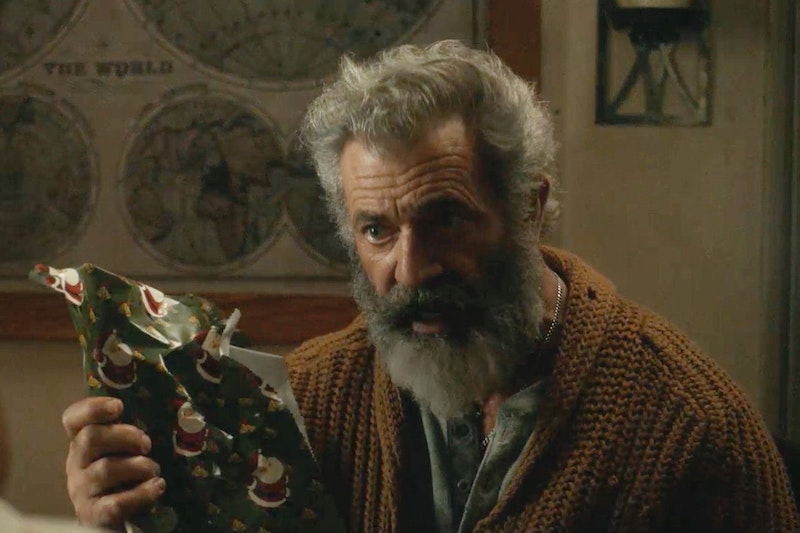 Fatman isn't very good, but it had a great trailer, one that was more satisfying and better-constructed than the film it was advertising. That clip, which debuted back in August, got some buzz going, on which Fatman can't even begin to deliver.

The trailer was great because it slowly made the audience exactly what Fatman's premise is: The ornery, bearded coot played by Mel Gibson is Santa Claus, and the little kid who got a lump of coal in his stocking is attempting to gain revenge by sending a hitman (Walton Goggins) to bump Saint Nick off. It set up the movie as a dark, satirical reworking of the Christmas mythology, in the tradition of Bad Santa, and as the kind of film that could emerge in the coming years as a Yuletide anti-classic.

Unfortunately, the film, which lands on VOD this week, doesn't work. It can never commit to a tone, its attempts at social satire don't land, and it's never funny. The premise is weird and unique on its own, but in the execution, the filmmakers play it completely straight. It adds up to a mediocre revenge thriller, in which one of the characters just happens to be Santa Claus.

In Fatman, written and directed by the brother team of Eshom and Ian Nelms, the kid with the lump of coal is Billy Wenan (Chance Hurstfield, from ABC's This is Us knockoff A Million Little Things.) Billy's parents are absent but he lives with his grandmother, in extreme wealth, to the point where he has both a driver and a local criminal (Goggins) on retainer. After he's used his criminal friend to rig a school science fair, he sets his sights on the violent death of Santa.

Gibson is now old, fat and bearded enough to pass as Kris Kringle. An old cuss who's pissed off about "kids these days" and in the habit of handing out presents to only about half of them, he lives in a remote Northern town in Alaska, along with Mrs. Claus (played, in a bit of counterintuitive casting, by Marianne Jean-Baptise.)

In the film's conceit, Santa’s a government contractor, handing out presents as a massive economic stimulus. But he soon learns he's looking at insolvency, unless he goes along with a government offer to become a defense contractor.

It's not clear why this is supposed to be compelling. The idea of Santa struggling economically and selling out by reluctantly agreeing to make fighter jets is a thin reed on which to hang an entire movie, while the novelty of Gibson as an angry, ass-kicking Santa Claus wears off quickly. There's an amusing running gag about Santa’s omnipotence and therefore knowing everyone's name and backstory the moment he meets them, but that's not enough to make it all worthwhile.

As for Goggins, normally one of the better actors when it comes to playing colorful criminals, he’s perfunctory, aside from a sad backstory of being bitter at Santa because he never got presents as a kid. It all leads up to a climactic bloodbath that's just a standard third-act thriller fare.

Fatman might’ve worked better if it was funny.