The Spiritual Evacuation of Ham on Rye

Tyler Taormina’s film is a bleak picture of American alienation, where people don’t even know what they’re miserable about. B+ 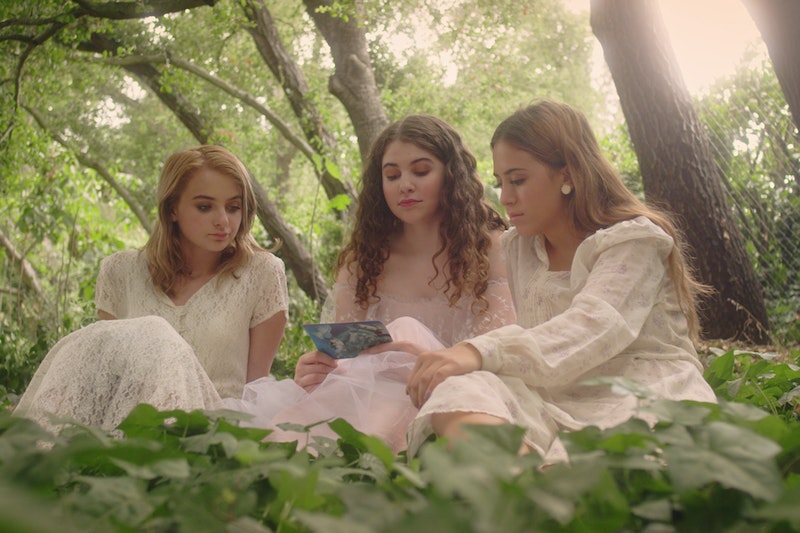 Four teenage boys walk down a suburban street talking about the ethics of “porking”—or the ethics of talking about “porking.” One boy asks what this implies about gay people, “or bisexuals,” and his friends are also stumped. They continue on. This comes somewhere in the first half of Ham on Rye, Tyler Taormina’s piece of dry ice dropped into an anonymous American suburb, where the kids and the adults act like robots, appear to realize they’re acting like robots, and aren’t only resigned to acting like robots, but rather happy with it. Things disappear here, and no one notices.

The spiritual suffocation of a materially comfortable life has had its run for over half a century as A1 subject matter for films, and now, people don’t even know what they’ve lost, or that there’s even anything missing. At least in L’avventura, there’s a problem: the disappearing wife, a motif that Agnès Varda used in a much more concise and nasty film, Le Bonheur. Here, there’s something to argue over: the nuclear family. Can a man really have it all? Can he suffer the tragic drowning loss of his wife without losing his composure? The answer is always yes: finding a new wife is as easy as buying a new radio.

American people in 2020 who have money don’t know what to be sad about. There’s not a lack of material, but the malaise of Ham on Rye—available to rent here—has no known source. These teenagers act in the amber of their situation, like extra-terrestrials on display. The alienation and abstraction is so extreme that the movie more often feels like slow cinema than David Lynch. The kids in this movie are like Tsai Miang-Lang’s characters: completely enmeshed in a First World super-society and unable to even imagine a horizon to see beyond.

Most of the kids disappear after going through a strange ritual at the sandwich shop. They’re delivered to a place beyond the suburbs, and are simply erased. Haley is left behind, and life continues, drab as ever. Another reason I think the Lynch comparison is off: all of the objects and signs in Ham on Rye are naturalistic. These are recognizable American families in recognizable suburban settings. When asked where Haley would want to go, she says “the Midwest,” and her friends laugh at her. Is that it? And aren’t these kids in the Midwest anyway? Ham on Rye makes California look like Peoria.

The blocking and behavior of the characters in Ham on Rye is awkward, but it’s not quite Fassbinder or Bresson: these people don’t know how to communicate with each other, but they aren’t hyper-real like movie stars or leads in a melodrama. Taormina’s film is full of non-actors and unfamiliar faces (the exceptions are a few former television stars, like Lori Beth Denberg, Danny Tamberelli, and Aaron Schwartz, among other Nickelodeon alumni), and they move like real people. Even their conversations are “normal” on their face, but there’s so much space, so many pauses and dead air that the world in Ham on Rye really begins to feel like a prison without bars.

There’s a brief sequence recorded with a decades-old camcorder showing a group of the kids heading to their own Valhalla, their own American Hanging Rock, disappearing at the horizon point at the magic hour. Through the eye of a home movie camera, we can see even more clearly that their behavior is realistic and untouched by arch theatrics. This isn’t Brecht, Artaud, Beckett or Sartre, even if these kids are stuck in the same spiritual glue trap that the relatively comfortable have dealt with for decades.

Unlike Wim Wenders’ Wrong Move or Bresson’s The Devil, Probably, the characters in Ham on Rye are unable to articulate anything: despite disappearances and social faux pas, no one raises any concern. Spiritually, they have locked-in syndrome, unfortunate victims of a world that has anesthetized them beyond communication before their lives even begin. As a cross-section of American life in the 2020s, Ham on Rye makes Twin Peaks look like Friends.