The Endurance Test of Miniforce

An entertaining failure of storytelling. 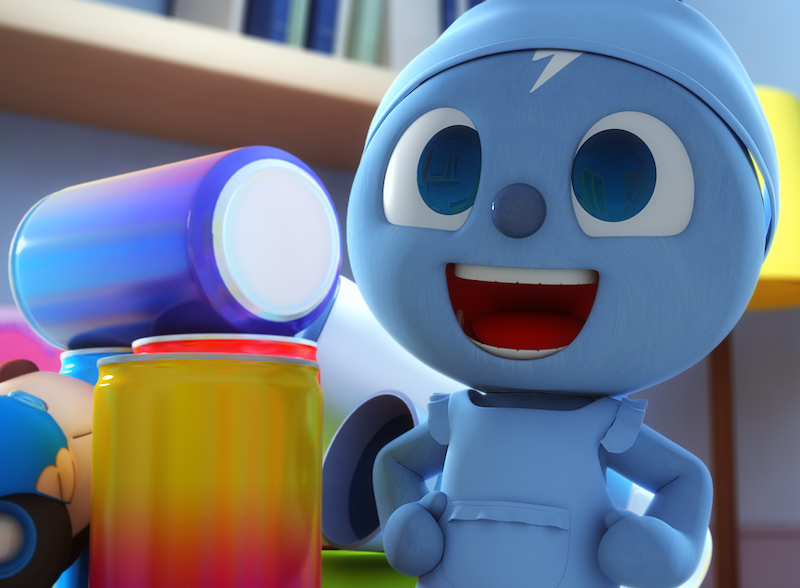 Perhaps it was a strain of media masochism that piqued my interest in the Korean animated show Miniforce. My girlfriend and I binge-watched the show, and to this day we still don't know exactly what it was. If you took Power Rangers, Transformers, and mixed it with cutesy animals and other lawyer-friendly versions of characters from more popular and better properties and made a show without any knowledge of storytelling, you'd end up with Miniforce. It's perhaps entertaining in the same way as looking at a flipped over truck on the interstate. One wonders what happened, what set off a chain reaction of destruction. But of course, once the curiosity wears off it's clear that getting through the traffic is going to be a tremendous slog.

The biggest achievement of the series is how one can squeeze fifty episodes out of so little. There's no origin story that sets up the conflict, no clue as to the motivations of either the heroes or the villains. One might be forgiven for thinking that the conflict between the cutesy animals that turn into Power Rangers rejects and their caretaker who's just different enough from Kingdom Hearts' Kairi to avoid a lawsuit would have narrative payoff. In the pilot, she complains about their unclean fur and says they can't eat until they wash up. Nothing comes of this, it's forgotten just as quickly as it's said.

But, if you're looking for cheesy over-the-top action that the tokusatsu genre has to offer, you'll find it here. None of it will make sense because the premise asks the audience to ignore the fact that these battles are being fought on a miniature level, so a normal sized human could easily take care of any threat. There's no narrative justification, not even a weak platitude like “it's not the honorable way.” But still, there's the ridiculous weapons, the Transformers knock-off vehicles, the comforting rhythm of the formula. There are toys too, so many toys, probably the main reason they mashed so many things together in the first place.

In the end, it was more about endurance than enjoyment. There was value to the show, but perhaps not the way that the creators intended. It serves as an illustration on the folly of approaching a creative series from a purely marketing perspective. One can easily imagine an executive saying, “The kids like Transformers, they like Power Rangers, and they like cute slice-of-life antics. Just do script Mad Libs for the rest.” But hey, at least the kids get those plastic transforming swords and action figures.