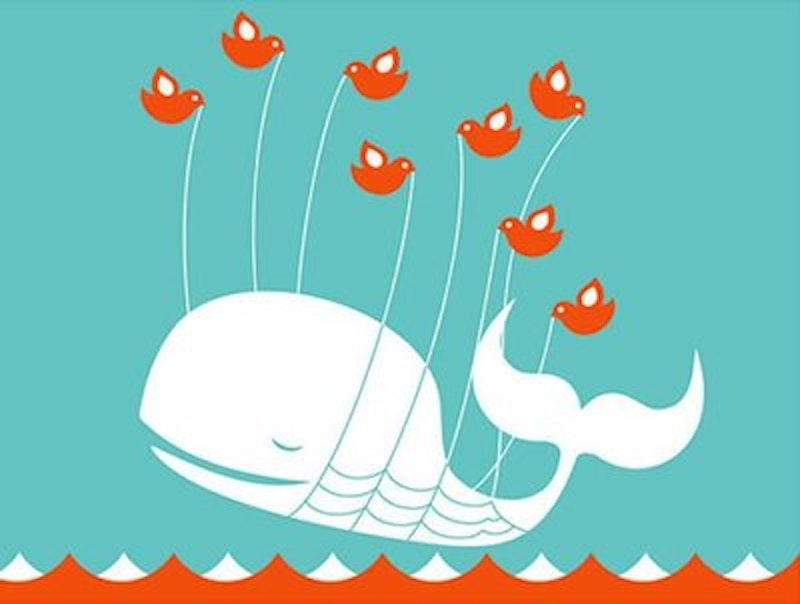 I started relatively early on Twitter—my first tweet was in 2008. In the beginning, I followed far too many people back, and now I would love to pare them back so that my Twitter feed is more meaningful and it’s easier to actually pay attention to the tweets instead of nodding off while it all scrolls by, because who the hell can read the posts of more than 5000 people? Although I previously had a policy of following everyone who follows me, it’s time to clean Twitter house. The act of going through and unfollowing is worse than cleaning out the attic of your grandmother’s 200-year old house. It was kind of a learning experience, actually. I scrolled all the way back to the beginning of Twitter time, and was honestly surprised at the list of followers. I’m sure many of them don’t read tweets. Luckily. But it’s a humbling experience when you see how cool some of your followers are and that when they cleaned their houses, they didn’t unfollow you.

So I did my best weeding the overgrown Twitter garden. It didn’t go well. I had a goal of unfollowing 2000 people and I only made it through a few hundred due to getting all sentimental about 2008 and who followed me back then and what they were up to lately, and checking their pages. Total time suck, long way to go. But a clear pattern emerged in the act of unfollowing, and here is a list of reasons why people didn’t make the cut:

You’re the “Maven” of something.

Follower of Jesus, Christ, your Lord and Savior, etc. (Lack of separation between church and Twitter.)

You talk about yourself in the third person.

You just tweeted a picture of a baby elephant “frolicking.”

You only have a fake name on your account.

You don’t follow me back. Who are you, Jon Stewart?

The word Republican is in your profile.

Did you seriously just tweet a Brussels Sprouts recipe?

You’re just creepy. Don’t talk to me every time I tweet. It’s annoying.

Your profile says absolutely nothing.

That’s not your real name.

I’m not sure how I was following someone who says “ma niggas” in tweets.

You are a business and only tweet about that, yawn.

You’re the “guru” of something.

If that get rich thing had worked, you wouldn’t be on Twitter.

You only re-tweet things.

I can tell you don’t look like that in person.

The word conservative is in your profile.

Too many exclamation marks in profile. And emoticons? Really?

Your profile states you are something that is not really a job, like “thought leader” or “mentor” or “motivator.”

You @chat people all day long. Get a phone and learn texting.

You’re dead (seriously, I just found an account of someone who had died).

For the love of the Christ you follow, just shut the fuck up already.