The Internet Hates You

And how to deal with it. 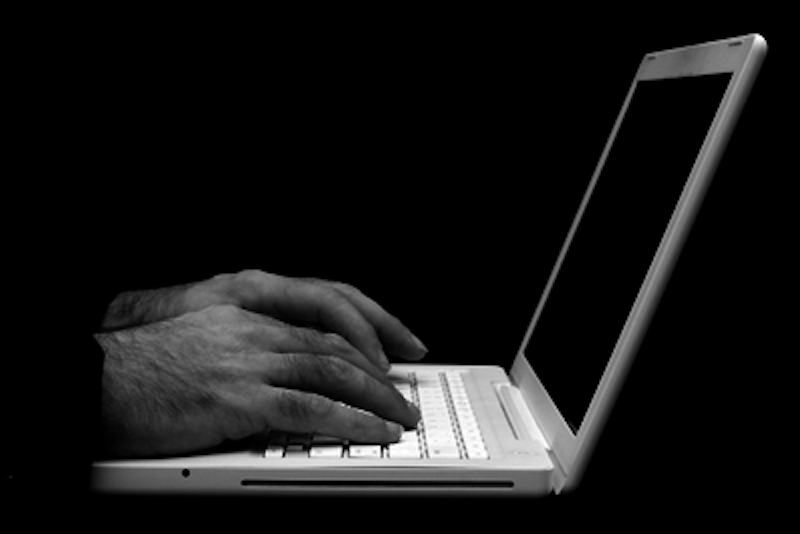 A friend recently asked me to talk to her class about freelance writing. Most of the topics she mentioned I felt like I could field well enough. Can you make a living as a freelancer? (Depends on your writing speed and how thoroughly you're willing to debase yourself.) What's your favorite part of being a freelancer? (Not having to leave the house.) What is the future of freelance writing? (If I knew, I’d make a fortune!) But one question threw me. How do you deal with people online telling you you're an idiot?

It threw me because I don't usually think of people telling me I'm an idiot as part of the job. Pitching stories and meeting deadlines and revisions are the job; people telling me I'm an idiot is just a bonus. But, then, thinking about it again, getting told you're an idiot is a less major, but still somewhat important part of freelance writing in the Internet age.  So here are some thoughts on dealing with it.

1. Don't be upset if you find it upsetting: Advice about dealing with trolling or negative criticism often starts out with telling you to ignore it. Why should you care what some random passing, often anonymous, blip does or doesn't think about your writing? Don't let them get to you. I guess maybe there's some writer out there who really doesn't care even a little bit about the response to his or her work. For me, though, and I think for most people, you're invested in your writing and in how people respond to it. We're social critters; it's natural to think about and care about what those other humans think. So, if you find yourself irritated, or annoyed, or running through responses in your head, don't spiral into self-loathing at your weakness for caring.

2. Don't be afraid of mistakes: Nobody's perfect and editing and fact-checking online are a very haphazard affair, which means that you’re inevitably going to say things in public that are wrong. Just last week, for example, I demonstrated that I didn't know the difference between Guillermo del Toro and Benicio del Toro, causing much tittering in the peanut gallery. Inevitably, when you make such an error, somebody is going to say something like, "If you can't even keep your del Toro's straight, then you clearly know nothing about anything, and I'm going to ignore you, moron." And, you know, it is embarrassing to be unable to tell the del Toro's apart. But it just means you don't know that thing… and nobody knows everything. Apologize, or make the correction, and try not to do it next time, but don't beat yourself up just because you're not flawless. If you were really were flawless, they should be paying you more anyway.

3. Don't be afraid to disengage: Listening to other opinions is useful and often worthwhile; I've learned a lot from commenters on my blog, many of whom disagreed with me and/or didn't think I knew what I was talking about. That experience (and just generally being pushy) is why I often engage in comments threads on my work. Listening to others, even those who disagree with you, is often useful, stimulating and fun. It gives me article ideas. And, just in general, I hate to walk away from a good argument. But there always needs to be some limit. You aren't obligated to let people flame you any more than you're obligated to let people scream in your face when you're walking down the street. You can always stop reading a thread, of course. But more than that, if you have your own blog and someone is being abusive or distracting, delete their comments. If someone is being a jerk on Twitter, block them. If someone is being a jerk on Facebook, defriend them. If you've got a post on somebody else's site, and the comments are vitriolic or horrible (or, as on one article I wrote, flagrantly anti-Semitic), talk to the people in charge about moderating them. Most platforms should have some system or provision for dealing with people who are being abusive or horrible. Find out what that system is, and if it doesn't exist, think hard about whether you want to be in that space or not.

4. Remember it's not all bad: Criticism and trolling on the Internet can be wearying, and even disturbing. I think this is especially the case for criticism of women writers, unfortunately; we're still a sexist society, and women who speak out can face abuse and assholery which is way worse than anything most men have to deal with. Having said that, feedback can be great too. The Internet is an amazing communication medium, which everybody knows more or less, but it really comes home to you when you post something out there on the sea of bytes, and suddenly people you know, and people you don't know, and people nearby and on the other side of the world, and just all sorts of every kind of people suddenly want to have a conversation with you. I've had great conversations, and even great friendships, that started with people telling me I was an idiot on the Internet, and I wouldn't want them to stop… even if, like most people, given the choice, I'd rather have them all tell me I'm wonderful.