Elon Musk apparently won’t buy Twitter (never can tell, though), but the owner doesn’t matter much. 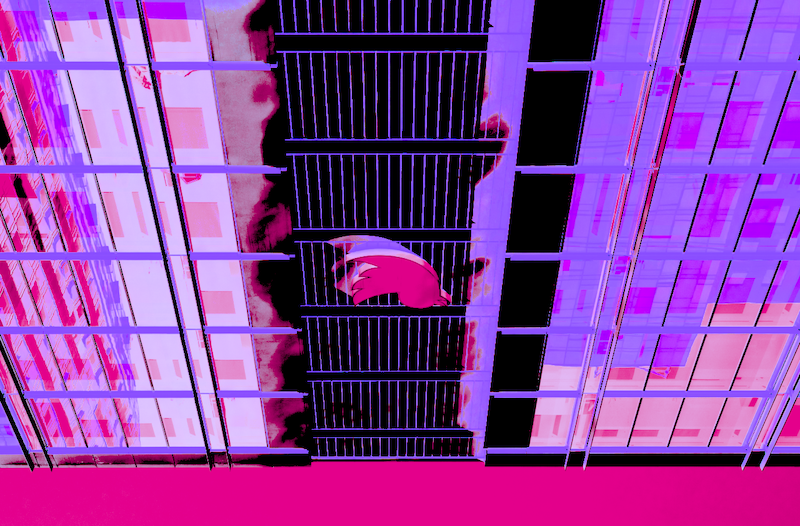 Last Thursday, at the reasonable hour of seven a.m.—after collecting the newspapers outside, waving hello to a fox by the garage, taking out the garbage, trying not to trip over the water hose and having coffee—I was going through throat-clearing exercises at the Mac PC in my office, checking on that day’s Splice Today posts, deleting Vanity Fair spam emails, ignoring fake dunning notices from credit card companies and then logged onto Twitter. About an hour later, Twitter went down—I feared another capricious disabling of the Splice Today and my personal account, but was reassured by my son Booker it was the company’s internal problem—and I was annoyed. I refreshed a few times and then figured it would get straightened out in an hour so. It did, and the disruption was non-consequential.

Later I saw an article by Alex Shephard in The New Republic—I don’t subscribe to the shell of a magazine, so used one of my three “free” articles—headlined “Has Elon Musk Already Ruined Twitter?”, and, as I suspected was rewarded with a somewhat brief left-wing encapsulation that said even before Musk “bought” Twitter and then reneged on the deal, the popular website “has for a very long time been a joyless hellhole.” As I’ve wondered in the past, for this “hellhole or “hellscape” description is common and knee-jerk, why don’t people who hold that opinion seek more friendly online environs. They almost never do and I’d suppose that such follow-the-pack nastiness is just meant to curry favor with other users. Doesn’t matter to me, I like Twitter for several reasons: it’s a shortcut (like The Drudge Report once was) to links from major newspapers, YouTube, clips from cable TV news shows, cool fishing photos, Baltimore weather and murder reports, and tucked away, some fine creative writing—Twitter artists!—and in my sphere that comes from Oliver Bateman, J.D. King and Jeff Murray. (Those three fellows, admittedly, are pals, but that’s in synch with whatever the “Twitter ethos” is to you.) I’ve no desire to live in hell, and Twitter hardly resembles what James Joyce so terrifyingly described in A Portrait of the Artist as a Young Man.

I don’t care for the Wordle scores that people post, get irritated by internet speak such as “I’m really smart” use of “literally,” “rather,” “uttered,” and “quite,” the pleas for birthday wishes, get-well soon requests, reports of “two days sober!” grainy food pictures, and preposterous political claims, often laced with profanity followed by 27 exclamation points, the pride some have in getting “blocked” and instantaneous reaction to an errant political poll, but that’s all easily ignored.

Shephard (a “blue check” who has over 14,000 followers and is a Deadhead, which falls into the to-each-his-own hamper) depicts Musk as a multi-billionaire dilettante—not breaking news, he’s taken over the Trump mantle after the former president was banned—who has only a vague understanding of free speech, and that his very public gyrations about buying the company has likely put it in peril. It’s strange that someone who allegedly dislikes Twitter so much would give a second thought to the company’s financial well-being (not that I really believe Shephard gives a shit about the finances of any capitalist enterprise, except perhaps the boutique outfits that peddle Jerry Garcia paraphernalia), but to slip into another media cliché, “here we are.” And there we go!

Shephard writes: “[Musk has] severely damaged Twitter’s product, its reputation, and, perhaps above all, its business. Musk was never going to stumble on a way to ‘unlock’ Twitter’s ‘potential,’ let alone achieve the starry-eyed goal of quintupling its revenues. But you can say one thing for Elon: Only he could wreck a company in so short a time.”

Has Twitter descended into wreckage or a “hellhole”? I know that its price share has declined precipitously recently—due to the Musk uncertainty, as well as the financial markets’ volatility and tumbling value for companies of all sizes—but it’s still standing. And why not? I’m sure other left-wingers agree with Shephard, but that doesn’t stop them from promoting their stories, conspiracies, books, favorite movies and TV shows, sharing “personal news,” exulting in this or that J6 “revelation” or virtually fist-bumping the latest bad news about Herschel Walker, the woefully underqualified former football star running for Senate in Georgia. Senselessly angry conservatives are no better, shoveling the hyperbole into the furnace as if they were employees at Bethlehem Steel in the 1940s.

Intellectual eunuch Ross Douthat (which is what happens to some men and women if they stay at The New York Times too long) described, in his Sunday Times column, an invigorating family vacation across the country in a minivan, a paragraph that stands out for its unoriginality: “The comparison does not reflect well on the virtual America, which feels crowded and exhausting, a thousand-odd people screaming at one another in a medium-sized hotel ballroom [but not hell!]. I don’t want to say that crossing the physical America exposes the online version as ‘unreal,’ since online life is quite real in its own way, and our national parks and roadside attractions aren’t the places where most Americans live their daily lives.” As Douthat knows, there are more than 1000 people combatting each other on Twitter, though not “screaming,” unless they do that at their keyboards, which is extremely unlikely. And online culture is as “real” as any other activity—“Twitter isn’t real life” is another common howler—for better or worse. At least he didn’t check the pulse of a Costco in a Chicago suburb or an Olive Garden in Milwaukee, and let his readers know what “ordinary Americans” are conversing about in the rest rooms, perhaps thinking that no one needs a reminder that Joe Biden, and the Democrats, are in serious trouble this November, kooky GOP candidates notwithstanding.