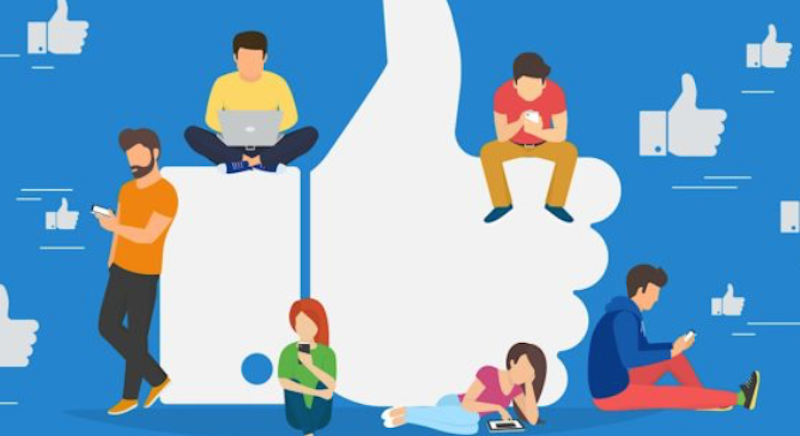 I spend almost no time on Facebook, but I do look at selected friend recommendations and then check out who their friends are. Inevitably, I'll see some names from the past whose names I recognize, and they're always people brought up in my small hometown in western upstate New York. I left that sleepy place when I went away to college, and never returned to live there again. This evokes memories from my youth that would’ve remained buried otherwise, which I find fascinating. Here are some of the names I uncovered, and the memories they unlocked:

"Jeff Rendell": Jeff was my best friend in elementary school. I remember girls used to chase him around the playground, his long locks flowing in the wind. We both got obsessed with a book about surviving in the wilderness. When I'd go to his house for an overnight in an exclusive suburban area, we'd go out in the woods and set traps we'd learned from that book. We never caught anything. Eventually, my family moved and I went to a different elementary school, after which we rarely saw each other, especially since we went to different high schools in the same town. It's sad when a close friendship peters out like that.

I saw little of Jeff until I went away to college and would run into him during the summer at a bar. Sometimes we'd have a few beers together. During those years, Jeff was the drummer in what was the biggest local band at the time, which sometimes played at Wet Goods. Via Facebook, I learned that the band still plays occasional gigs around my hometown. I wish I could catch one, as it’d be great to catch up with Jeff, who I'm sure is just as pleasant a guy as he'd always been.

"Ray Schermer": Ray and I were in the same sixth-grade class, and I have just a single memory of him. One day the music teacher made us all sing a solo song—which I detested—and Ray was the only class member who refused, despite the heavy pressure the teacher, Mrs. Lipp, applied. She told him it was a requirement, but he stood his ground. "Nope," he said. I respected that. But this story has a kicker. Years later, Ray would join Jeff Rendell's band as the lead singer. I guess he'd overcome his stage fright.

"John Shoemaker":  John, two years older than me, had a breezy, loose-limbed way about him. He was the first person I considered a "wit." I'll never forget the time he got on the school bus and, looking at the bus driver said, "Excuse me, I've lost my peace of mind. Have you seen it anywhere?" At the time, that seemed cool and original. John's Facebook tells me that he's still a fun guy to hang out with, something we never did way back when.

"Chris Chyodo": Chris was a spoiled, arrogant rich kid a year younger than me who lived up the road a couple of miles in the toniest subdivision in town. I rode on the same school bus with him for years, but never spoke a word to him. I couldn't stand the guy. On the bus, he'd mercilessly taunt what was then called a "retarded" person. He'd stick his head out the window when we went by the poor guy and yell, "Pie face!"

When I came back to my hometown after my freshman year of college, I got a job as a dishwasher at the Hilton. Soon I discovered that I was doing a grunt job in the kitchen while Chyodo worked as a waiter, meaning he got to dress well and made good tips. Clearly, he'd gotten the job via family connections, because he wasn't some young hustler out there scrapping. Seeing this smug twit at work became a daily aggravation, and I still refused to speak to the guy. But seeing a photo of him and his family on Facebook humanized him a bit to me. Still, I'm not convinced that teenagers who display the repulsive character traits he did can ever grow out of it. They just can't display them freely as they once did.

"Joe Rotsill": Joe lived across the street from my cousin's house in the next town over. I used to stay at that house a lot, so I knew Joe from a young age. He was a funny, likeable kid who liked to hit the bars when he came of age. But he wouldn't go to the coolest bar in town—the one place regular pot smokers would drink at— because, as he told my brother, he once saw someone talking to himself there.

One time my brother and I decided to prank Joe after he'd just gotten the job at a liquor store. I called him up, claiming to be a regular customer, and told him to put a bottle of the best champagne in the refrigerator. I also told him to put a bottle of Jack Daniels in the fridge, as well as an excellent bottle of tequila. As soon as I hung up, the phone rang. My brother, who used to work at the store, picked up and it was Joe, in a panic, asking about what the best champagne and the best tequila were. We had a good laugh.

The best story about Joe Rotsill is when he returned to his family home one night after getting wasted in the bars. He went upstairs to the bathroom, where his dad was sitting on the toilet. Joe puked all over his dad, and then fell into the bathtub. In the morning, his dad handed him a $50 bill and kicked him out of the house. Joe stayed at my family house for a couple of weeks until, one day, his dad showed up and took him home.

"Jim Elly": Jim, who was in my high school class, was known exclusively as "Chinker," for reasons I never figured out. Only the teachers called him Jim. He hung out with the jock crowd, which I was friendly with, but he wasn't a jock. He was a short, funny kid who functioned as a kind of court jester. One day he hit me at school—not real hard, but I stood up out of my chair, getting ready for something. Other people around Chinker calmed him down by telling him I was bigger than him. I'm glad that defused the situation, because getting into a fight with a runt wouldn’t have been a good look.

Chinker's a retired machinist now. His Facebook photo is of him and a few buddies hanging out at the bar of a local tavern. They all have baseball-type caps on. Many of the photos on his feed feature bottles of non-artisan beer. That all seems about right.

"Joe Capparella": Joe introduced himself by turning around as we walked into our school's front door one morning. I can't remember anything he said, but they were fighting words. I'd never said anything to the guy, so I chalked it up to having left that middle school for eighth grade—which I spent in Columbia, Missouri—and returning as a "newcomer" who this would-be tough guy wanted to test. I barked back at him and our encounter was over, but just for the time being I thought. But I got lucky. Just a few weeks later, the gym teacher matched Joe and me up in a wrestling match, which I won 12-4. Joe never spoke to me that year, nor any of the three years of high school when we were classmates.

During high school, I made the mistake of allowing myself to be recruited into a fraternity. This involved a lot of hazing during school hours, followed by a "final initiation" in a secluded area on a riverbank where they made us do a bunch of awful things. That was the first time I'd ever eaten cat food out of a can. Joe was the only frat member who'd physically mistreated the two other guys who were inducted with me, and when the final initiation was over and they’d become official frat brothers, they started roughing Joe up and dragged him into the river. They asked me to join them, but I declined. The rest of the frat members just watched as Joe took a wicked beating without resistance, which was probably a good idea because these were two tough guys pounding on his head. I sure enjoyed watching it, though.